Local pharmacies worry they may have to close their doors for good: survey 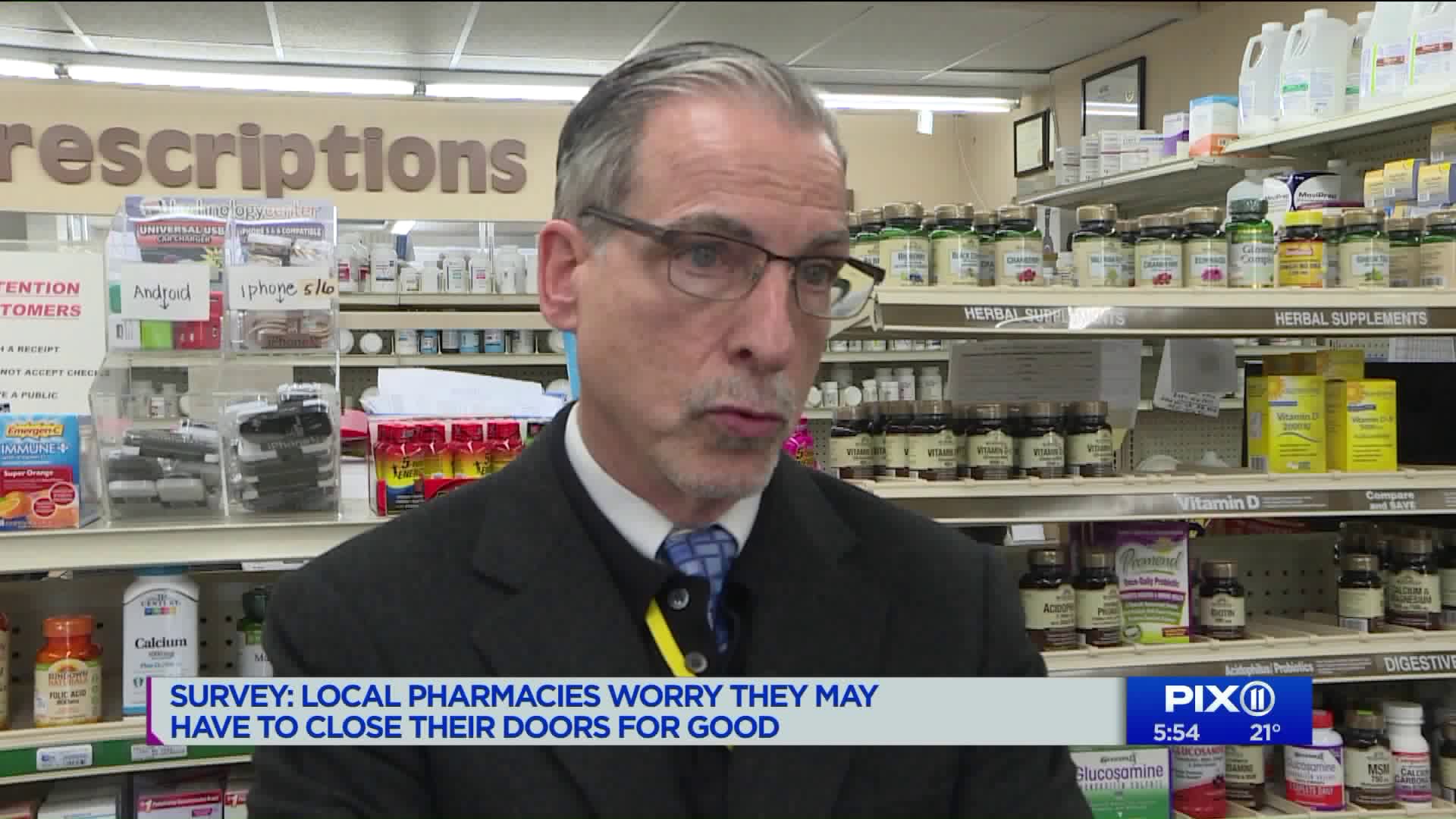 Local pharmacists in the city are worried about how long their business has left. According to a recent survey of more than 500 pharmacists by the New York City Pharmacists Society, more than 90% say they`re going to reduce or hours or employees this year.

For many New Yorkers local pharmacists are the face of healthcare in their communities.

"You walk up to my counter, a pharmacist is here for you each and every day. That's valuable that this city and this state cannot afford to lose," said Roger Paganelli.

Paganelli's family has been in the pharmacy business since 1923 when his grandfather opened his first pharmacy. Today Paganelli and his brothers run Mt. Carmel Pharmacy in the Bronx.

But he, and just about every other local pharmacist in the city, is worried about how long his business has left. According to a recent survey of more than 500 pharmacists by the New York City Pharmacists Society, more than 90 percent say they're going to reduce or hours or employees this year.

"Without question it's the Pharmacy Benefit Managers," Paganelli said. "They are the middlemen who make the prices, make the deals between the drug manufacturers, the insurance companies, and the pharmacies."

Pharmacy Benefit Managers, or PBMs, determine how much the pharmacies are paid for the drugs they sell.

The problem is, three companies CVS Caremark, OptumRX, and Express Scripts manage 70 percent of the drugs and patients and they're virtually unregulated.

"I'll survive this year, but beyond that I don't know," said Bob Hopkins.

Hopkins has run World's Fair pharmacy in Flushing for more than a decade.

He says he has no idea what other pharmacists are getting paid for the same drugs he's selling because he's contractually prohibited from discussing it by the PBMs. Hopkins says he's also sometimes prohibited from giving his patients the drugs they need because the PBMs, some of which have their own online pharmacies, require patients to fill their prescriptions online or reserve the brick and mortar sales to chain pharmacies.

He says if something doesn't change there will be pharmacy deserts across the city where the most vulnerable patients won't be able to get the life saving drugs they need in a timely manner.

"Tell someone who's 80 years of age, in this weather, to get out and get on the bus to go and get your medication."

Over the last six months, Hopkins says his reimbursement rate has gone down 40 percent. Which means every time he rings up a drug, he might be losing money.

"There are a number of drugs all day long that we take a loss on yes," Hopkins said. "And by contract we can't refuse to fill the prescription."

Even if a pharmacy makes money on a sale, the PBMs can claw some of that money back through direct and indirect renumeration fees at the end of the month. Pharmacists say those fees are completely unpredictable so they're impossible to plan for.

"PBMs hide in the shadows and they make deals with the best payer on the back end," said Paganelli. "The pharmacy, the patient, the insurer, has no insight into that."

The Pharmaceutical Care Management Association, which represents PBMs, issued a statement in response:

“Pharmacy benefit managers, PBMs, are committed to providing the lowest net price for their clients. One important tool to lowering costs is promoting the use of more affordable generic options. This report shows that these strategies have been successful at saving the state of New York money during a time of concern over rising Medicaid drug costs.

The report, conducted by a special interest pharmacist lobbying group, has several methodological flaws, and does not represent an accurate picture of New York’s pharmacies. For example, New York has approximately 4,800 retail community pharmacies, and 44 percent of the New York pharmacies were chain retail pharmacies, all of which were excluded from the sample.

The role of PBMs is to reduce prescription drug costs and improve the quality of pharmacy benefits for their clients. It is not to enrich independent drugstores, who are continuously pushing an agenda that increases their bottom line at the expense of patients.”

Right now pharmacists say they can't opt out of the PBMs because that would mean patients would have to pay more for their pills. But if something doesn't change, they're going to be one step closer to going out of business with every prescription they fill.