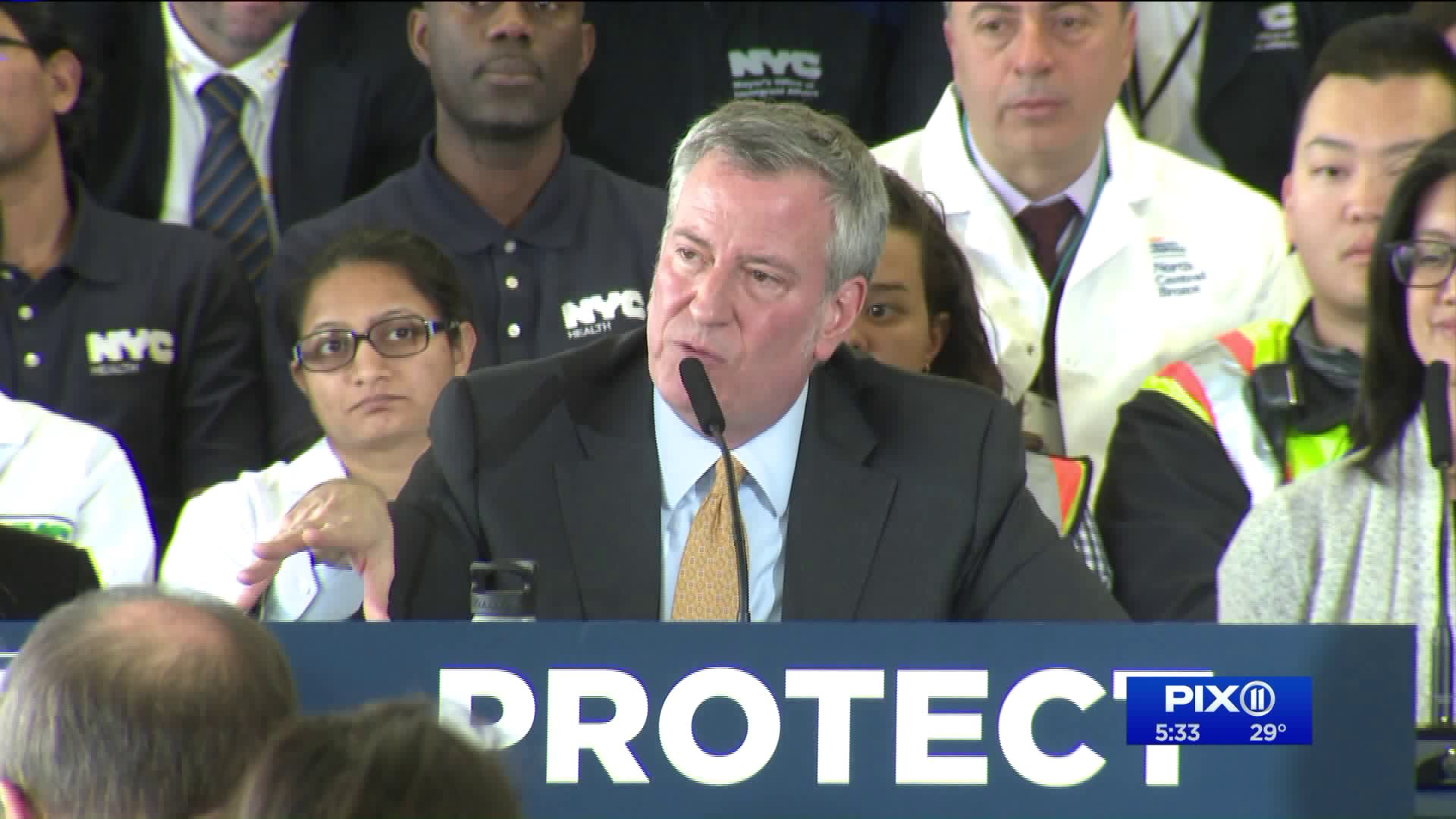 Mayor Bill de Blasio plans to end lead poisoning in children by examining more buildings in the city. He also plans to start an education campaign.

Mayor Bill de Blasio said Monday that he will crackdown on childhood exposure to lead paint, promising a “Lead Free NYC” plan to screen every apartment in the city, public and private.

The mayor also promised to bring the number of children exposed to lead in NYC to zero.

Under the “Lead Free NYC” plan, every apartment in NYC will be tested, that includes 135,000 apartments in NYC public housing, starting this year.

For months, PIX11 news told the stories of families with children affected by lead.

hen last August, the city revealed over 1,100 children inside public housing were exposed to lead.

“Lead free NYC” promises the city will screen every apartment, target unsafe consumer goods, provide children with dedicated nurses and promises all city agencies work together to respond to lead exposure in children.