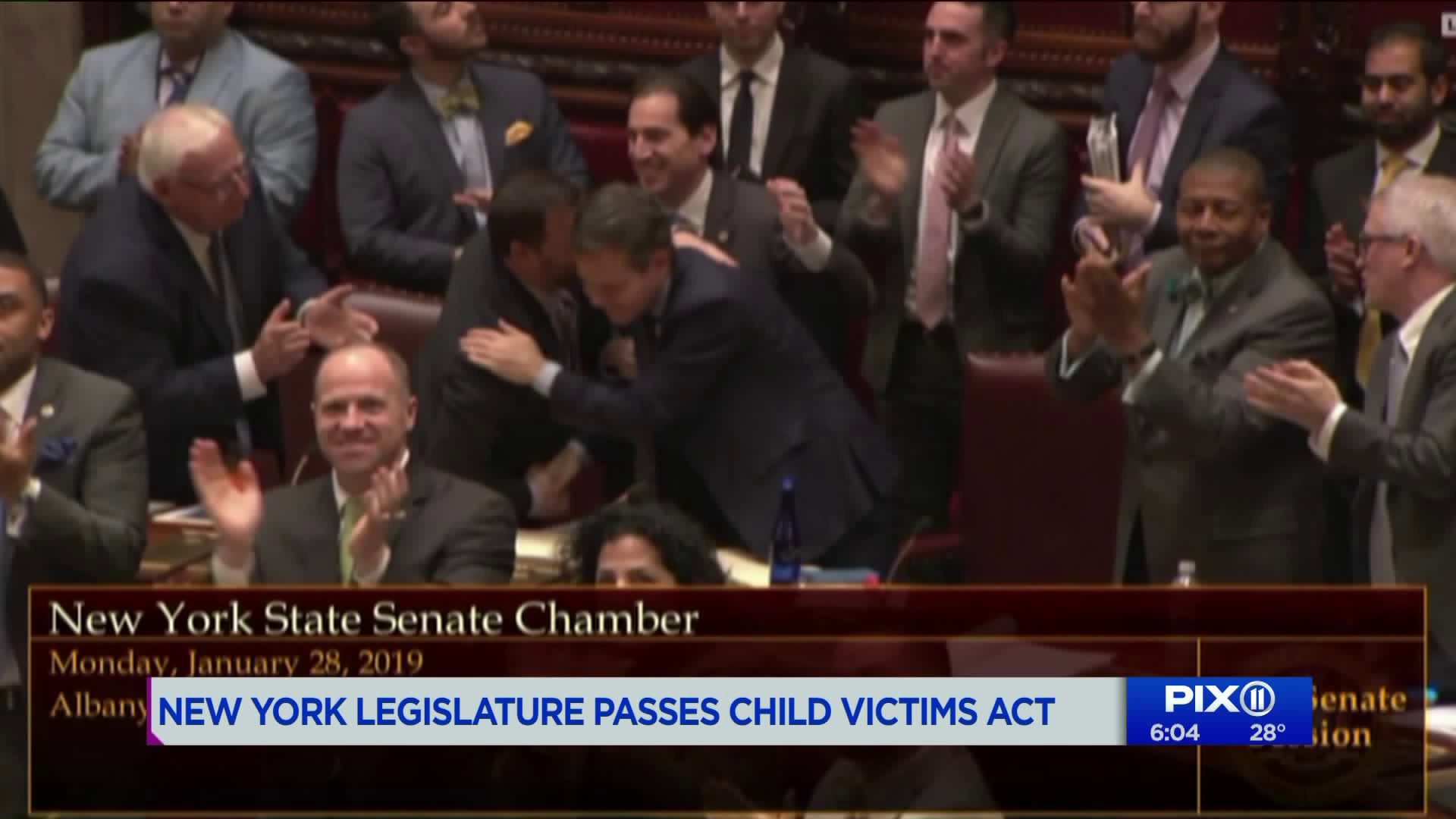 The Child Victims Act passed the state senate Monday evening, marking the passage of landmark legislation more than a decade in the making.

The act will extend the statute of limitations for child sex crimes and create a one-year, one-time window to file child sex abuse claims that would normally be too old to prosecute.

Governor Andrew Cuomo praised the legislation and criticized the Catholic Church, which long opposed the bill.

"To the Catholic Church, I am sorry about the situation," said Cuomo. "I'm not sorry about my position."

The legislation was crafted with people like Joe Amodeo of Staten Island in mind. Amodeo said he was sexually abused by Franciscan Friars every night during a catholic summer camp on Long Island when he was 11.

"They could come through and they would take you somewhere or you were in the showers, they would do terrible things," said Amodeo.

Amodeo said it took him 40 years to comprehend the abuse , well after the statute of limitations had passed.

His attorney, Jennifer Freeman, said the average victim does not come forward with a child sex abuse claim until they are 52 years old.

Freeman encourages all survivors to speak up and take advantage of the legislation's one-year window for any claims, even if the perpetrator has passed away.

"There may be other people to look to, other institutions," said Freeman. "Most importantly, it's important to come forward and find your voice, speak."