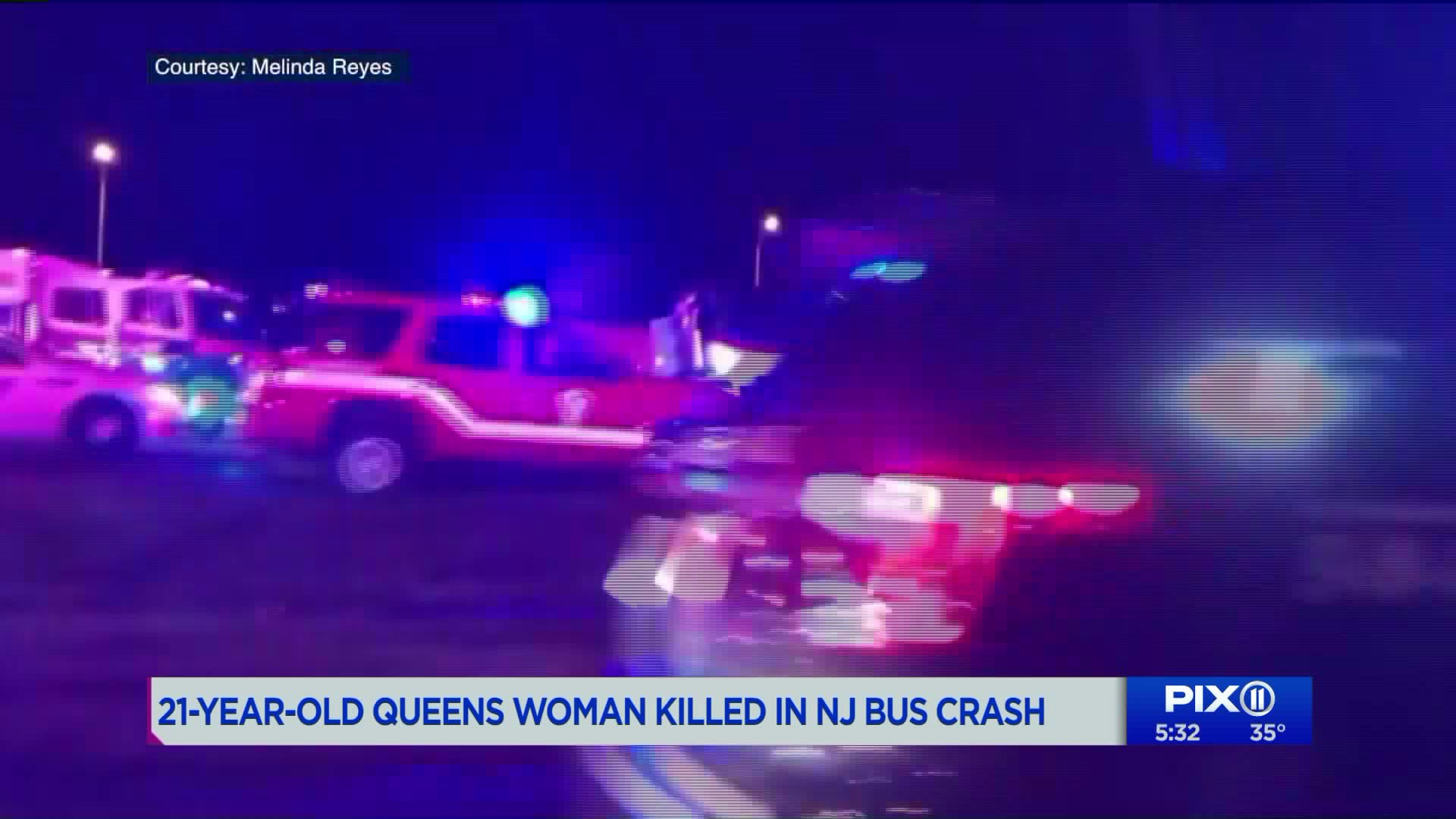 Brianna Herrera of Ozone Park, was a passenger on the Prevost bus that crashed with three other cars around 7:30 p.m., according to NJ State Police.

PARSIPPANY, N.J. — A 21-year-old woman was identified Friday as the person killed in Thursday night's bus crash on Route 80 near Parsippany.

Brianna Herrera of Ozone Park, was a passenger on the Prevost bus that crashed with three other cars around 7:30 p.m., according to NJ State Police.

The NJSP has identified Brianna Herrera, 21, from Ozone Park, N.Y., as the victim who was killed in a crash that occurred last evening on I-80 in Parsippany-Troy Hills. Herrera was a passenger on the Prevost bus. Cause of the crash remains under investigation. No additional info.

A nearby hospital received 21 patients ranging from fair to critical condition, according to a hospital spokesperson. Three patients remain at the hospital for their injuries; two in serious condition and one in critical.

Route 80 express lanes were closed in both directions because of the crash investigation, Department of Transportation officials said.

Eastbound local lanes were also briefly closed east of Exit 43, but opened back up just before 9 p.m., officials said.

New Jersey State Police is leading the crash investigation, but the government shutdown may impede the probe as most federal workers for the National Transportation Safety Board have not been on the job for over a month.

An agency spokeswoman said they're missing prevention opportunities nationwide, warning important evidence after an accident may be lost.

PIX11 reached out to the bus company for comment.

We have no words to describe the tragedy that occurred last night that took the life of one of our beloved sisters. Brianna was a senior in our chapter and loved by so many. The sisters of Sigma Delta Tau will remember her infectious smile and positive light forever. Please join us in remembering Brianna at Hendricks Chapel at 7pm tonight. She will be dearly missed, we love you Brianna.