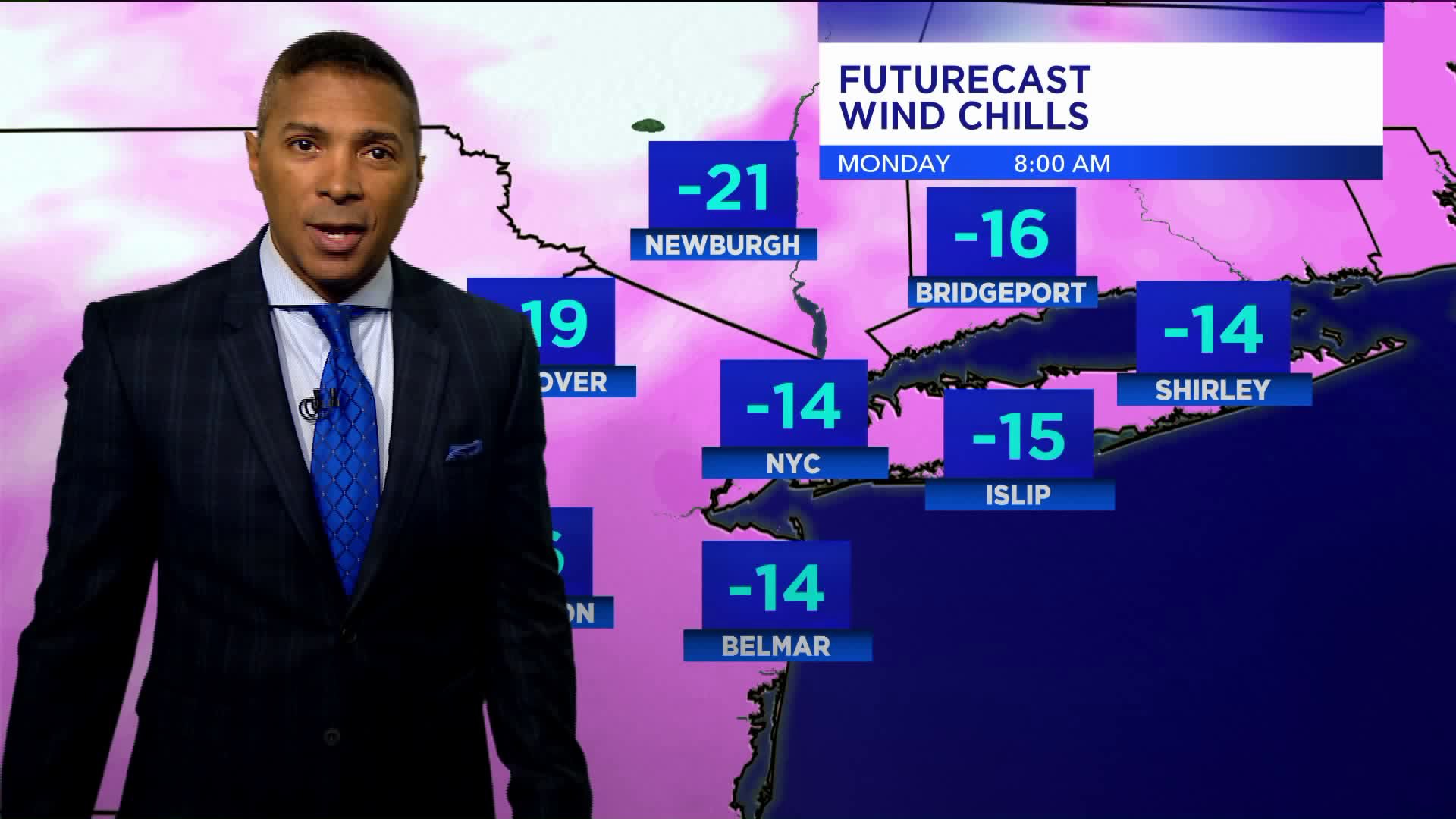 NEW YORK — As a winter storm system moves out of the tri-state area, dangerously bitter, cold air makes its way in.

The winter storm brought heavy rain to New York City and its surrounding regions, while snow fell north and far west of the area. The storm pushed the heaviest of the snow up about 25 to 40 miles, according to meteorologist Craig Allen. Parts of Connecticut saw between 0.5 to 3.2 inches of snow, while New Jersey saw between 0.5 inches to 2.5 inches. New York's Orange, Putnam, Westchester and Rockland counties saw anywhere between 1 to 5.5 inches.

A winter storm warning remains in effect for parts of northwest New Jersey, Connecticut and upstate New York until 4 p.m. Sunday. Under the warning, affected areas could expect heavy snow and additional snow accumulations of 5 to 7 inches.

A winter weather advisory remains in effect until 11 a.m. Sunday morning for southern Connecticut and southeast New York, while a winter storm warning remains in effect for western New Jersey and upstate New York until 6 p.m. Sunday, bringing a chance of freezing rain.

Coastal flooding is also possible in areas along the Greath South Bay and Jamaica Bay, with around 2 to 3 feet above ground level in low-lying areas.

No snow here, but minor roadway flooding is being observed on South Riverside Drive and South Concourse due to the high tide. Avoid driving through flooded roads and be aware of water pooling in low-lying areas as rainfall continues into the late morning. #NeptuneWeather pic.twitter.com/wafeFogXgG

In preparation for the storm, hundreds of flights were canceled and delayed across the Midwest and northeast regions, New Jersey Gov. Phil Murphy issued a state of emergency for the state ahead of the storm, and New York Gov. Andrew Cuomo issued a tractor-trailer and bus ban on New York State Thruway (except for I-95 in Westchester and Bronx) and most interstate highways through the duration of the storm.

As the storm moves out of the tri-state area, brutally cold weather makes its way in.

Despite sunshine on Monday, bitter cold air will keep temperatures no higher than 10 to 15 degrees. Wind chill advisories and warnings were issued for parts of the tri-state area. Factoring in the wind chill, it can feel like temperatures are below zero degrees.

As temperatures drop, the dangers of icy roads increases. Ice and heavy winds may also cause power outages and tree damage. Those who need to travel are advised to do so with caution.