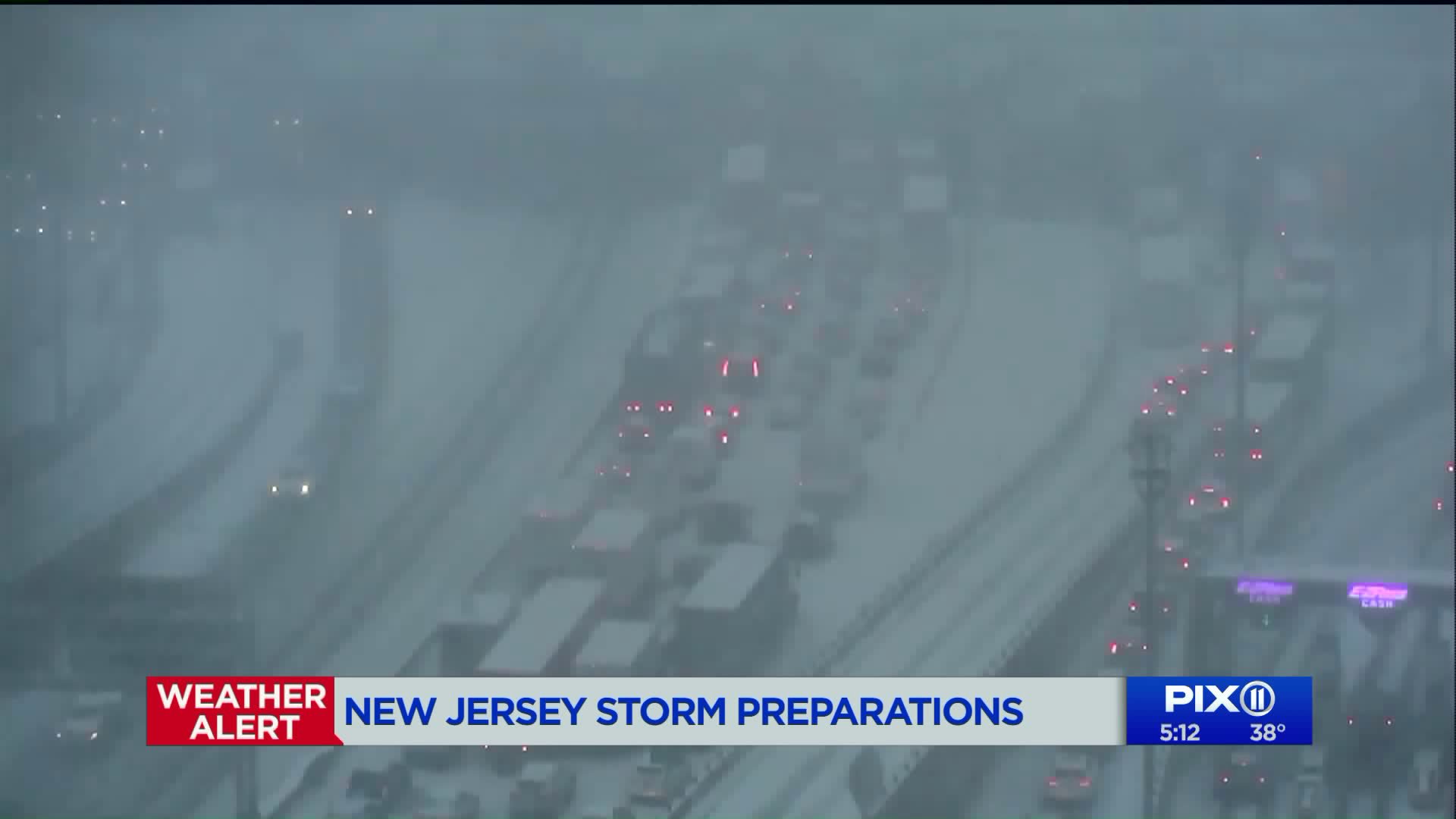 New Jersey is preparing for the heavy snowfall expected to pelt the state over the weekend. 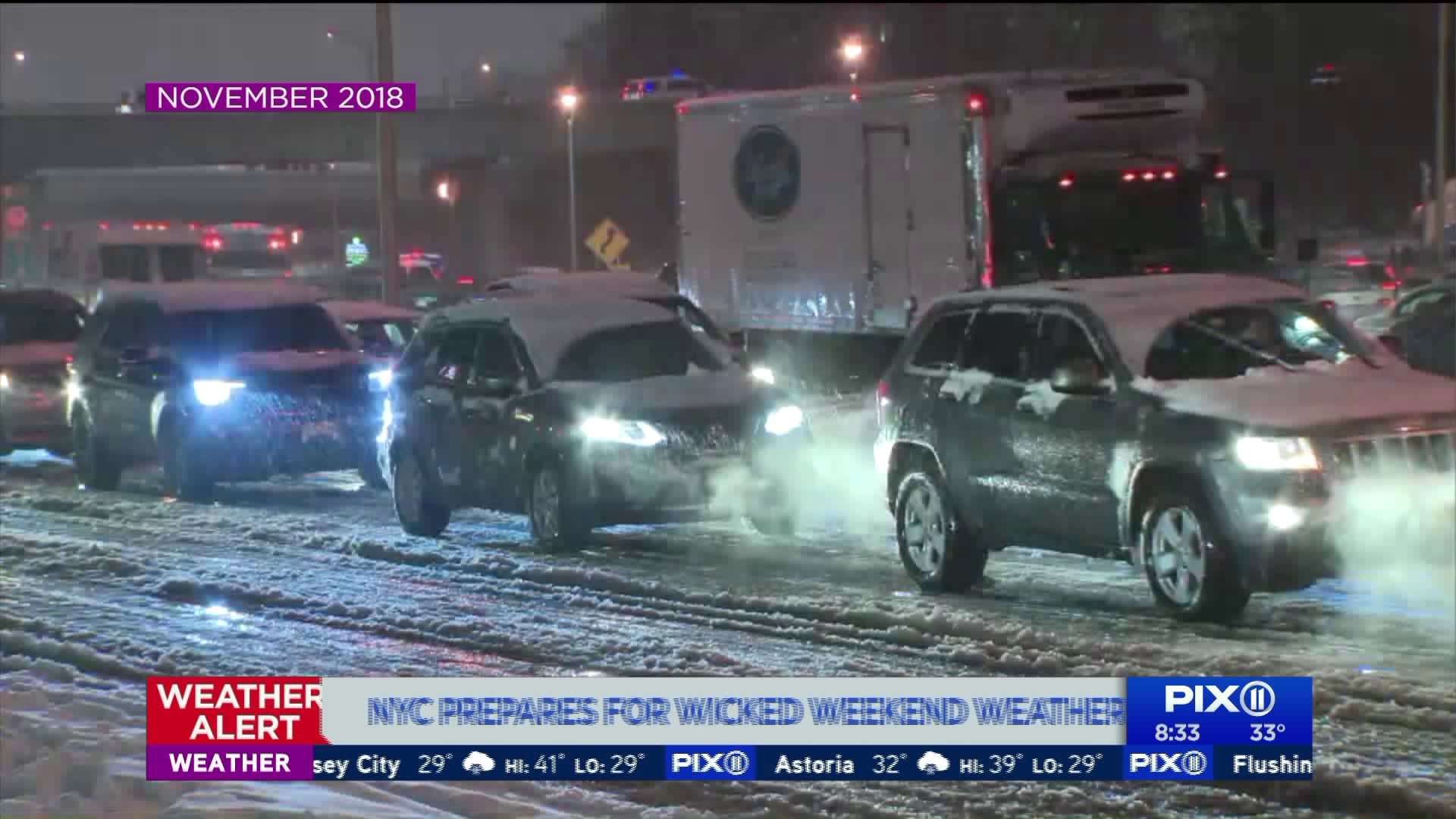 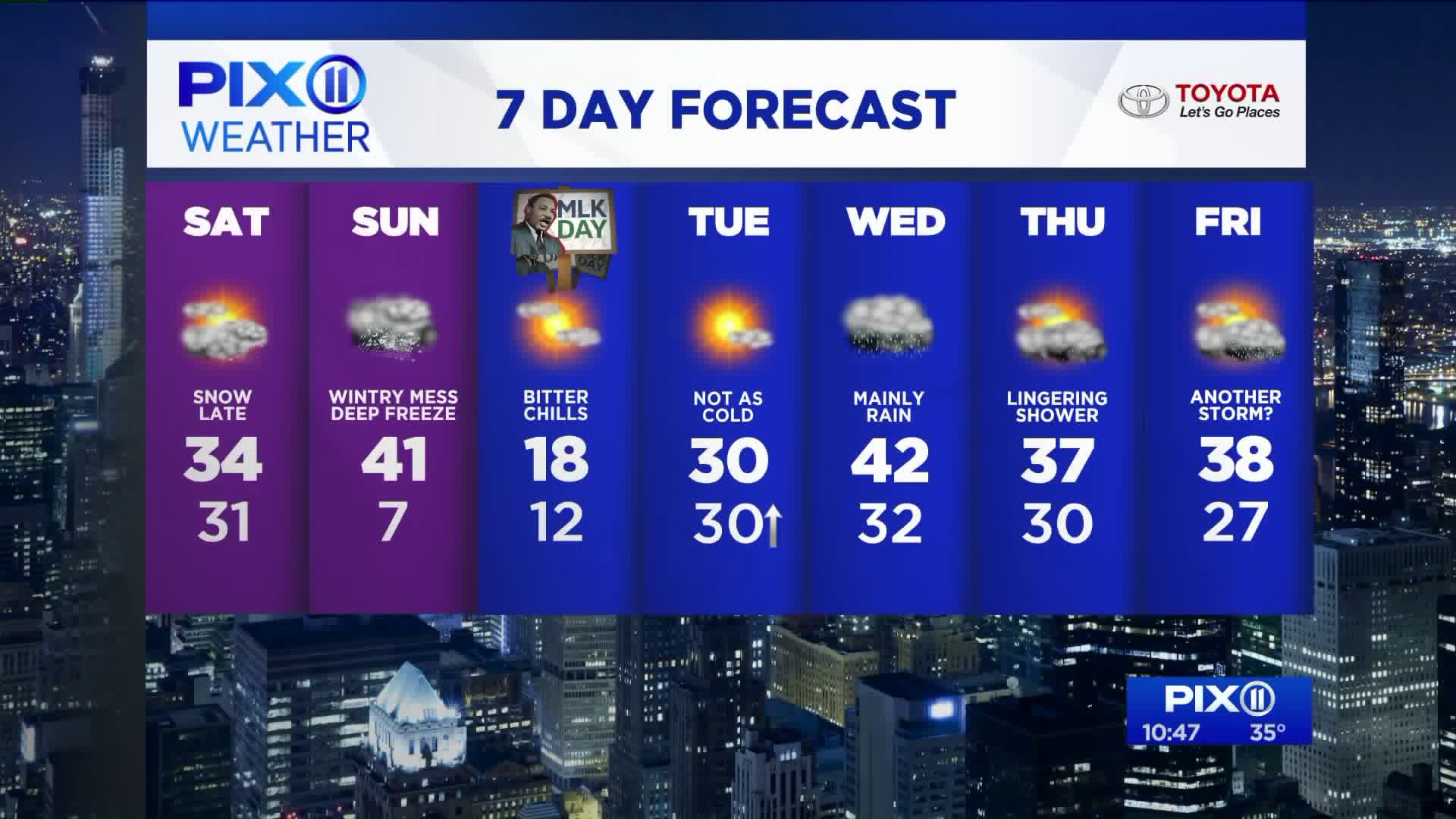 NEW YORK — Winter storm warnings and watches have been issued for the tri-state as a second, more potent, storm is expected to slam the area with heavy snow, sleet and ice this weekend, according to the National Weather Service.

The winter storm warning covers northeast New Jersey, southern Connecticut and parts of the lower Hudson Valley, according to the NWS. Expected snowfall accumulation is expected to be between 6 to 10 inches.

Snow will arrive Saturday evening across the region and could be heavy at times with rates of one inch per hour, reducing visibility and quickly blanketing the region. For the city around 3-6 inches of snow is expected before changeover to an icy mix, then rain by early Sunday morning.

Higher amounts of snow is expected for areas north and west with as much as 6-12 inches of more possible well north of the city.

Within that zone of heavy snow, the changeover to rain may not completely occur. As a result across Northern New Jersey and the Lower Hudson Valley, a significant icing event could develop with as much as a quarter inch of ice possible.

For Long Island, and Central New Jersey and points south, the changeover would occur rather quickly making more of a rain event. Still, there are issues in that as much as two inches of rain will be possible and some flooding could develop as a result.

This second storm system will be much more serious as it will be "particularly challenging and large," Sanitation Commissioner Kathryn Garcia said during a presser Thursday.

"We are anticipating snow into freezing rain into snow into sleet into rain into snow and then for the temperatures to drop by about 30 degrees into the single digits or teens," Garcia said. "So anything that does come out of the sky will freeze into an iceberg."

People living in New Jersey are also preparing for the second storm, stocking up on gas and salt. They want to make sure they're prepared and a repeat of November's snowstorm, that wreaked havoc New York and New Jersey, will not happen again.

In NYC, 695 salt spreaders have been spread throughout the five boroughs and 1,000 plows will be dispatched if more than 2 inches of snow accumulates, according to the city's Department of Sanitation.

The National Weather Service warns that travel could be very difficult at any point during that storm. NeYC officials said drivers should stay off the road.

Forecasts also show there may be strong gusts Sunday afternoon into the night. Those could bring down tree limbs and power lines.

Behind the system, sharply colder air will rush into the region. As the storm winds down, there could be a quick changeover back to snow before tapering off midday on Sunday. More importantly, any wet surfaces could create a flash freeze as temperatures plunge right through the 32 degree mark.

Strong winds will pick up from the north bringing down temperatures into the single digits in the city by Sunday night. Wind chills could be well below zero through in the city alone as that is very dangerous as frost bite could occur shortly should this unfold.

Martin Luther King Day remains very cold and windy with highs only in the upper teens.

Temperatures should recover quickly climbing to around 40 by the middle part of the week, but a rain event will accompany the warmup on Wednesday.

PIX11's Joe Punday and Andrew Cruz contributed to this report.