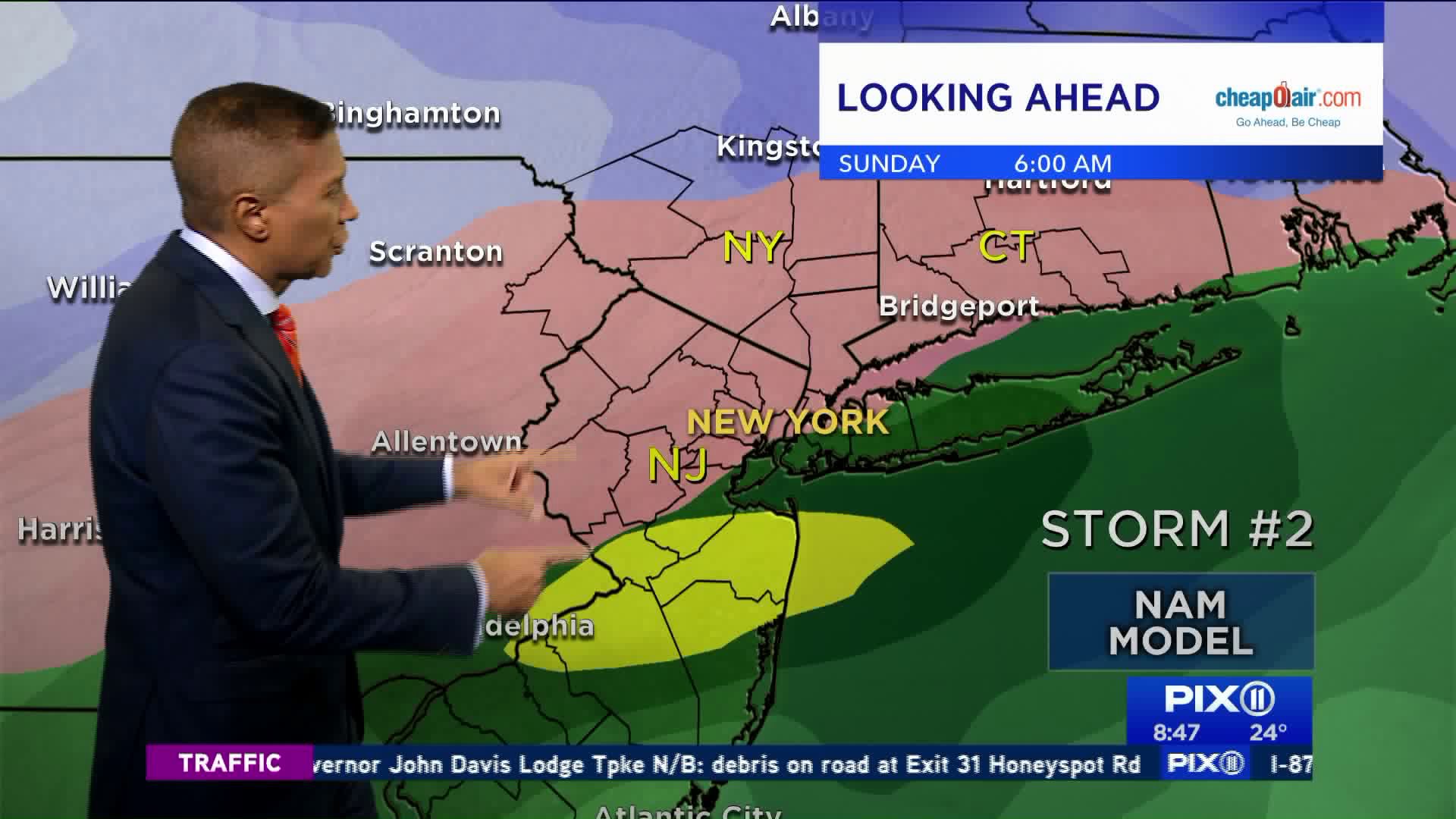 Back-to-back storms are forecasted to move through the tri-state area within the next few days, bringing a chance of snow in some regions 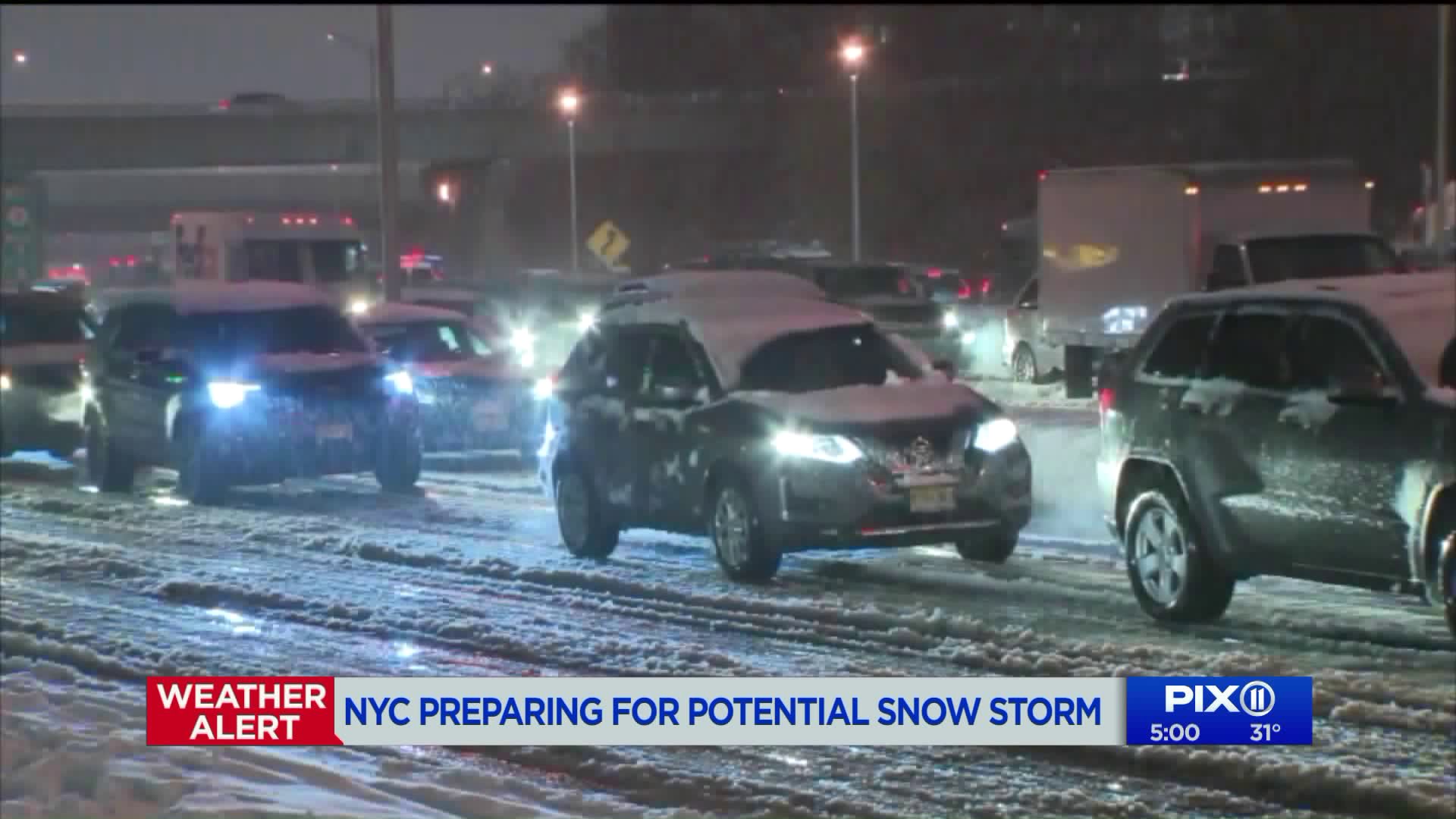 NEW YORK — Back-to-back snow storms are expected to move through the tri-state area within the next few days, bringing a chance of plowable snow in many areas.

The first storm will move in from the Midwest Thursday night into Friday morning. Snow will mix with and change to rain over the city, Long Island and coastal New Jersey. Areas north and west of New York City could see accumulations of snow anywhere from one to two inches, while Long Island can see anywhere from a coating to an inch of snow, according to the National Weather Service. Parts of Hudson County can see anywhere between 2 to 4 inches of snow.

[Thursday morning update] - Snow is in the forecast for late tonight into Friday morning. Accumulations will range from a coating to an inch across Long Island to 1-2 inches north & west of NYC. Slippery roads may impact the Friday morning commute, especially across the interior. pic.twitter.com/h8WZ6MZEXF

Those commuting Friday morning are advised to watch out for slippery roads.

"Travel will be hazardous due to poor visibility and snow-covered roads, particularly across the interior for the Friday am commute," the weather service warns.

Any lingering precipitation is expected to end by late Friday morning, with a high of 40 degrees. The break from precipitation won't last too long as a second storm system makes its way to the tri-state area late Saturday from the Tennessee Valley, with temperatures in the lower 30s making it cold enough for snow.

A hazardous weather outlook has been issued for southeast New York and parts of central and southern New Jersey as a powerful winter storm is expected to hit the area Saturday night into Sunday. Minor to moderate coastal flooding is also possible on Sunday.

The snow will become heavy at times north and west of the city and begin mixing with rain over Long Island and coastal New Jersey.  The snow will change to rain over New York City as warmer air will begin to work its way into the region from the south.  Temperatures will begin to rise into the 40s with a few low 50s by early Sunday morning.

Mayor Bill de Blasio said during a press conference the city is prepared for the upcoming storms.

A winter storm watch remains in effect from Saturday afternoon through Sunday evening across parts of northern Connecticut.

Should the system slide further north, we should see a quick changeover to rain and relatively little snow. If it tracks south, the snow will last longer and increase snow amounts quite dramatically. The changeover could take a while, indicating a period of icing. This would result in a number of issues including power outages and dangerous road conditions.

Skies are expected to clear Sunday into Monday, but it'll come with an arctic air and frigid temperatures. Temperatures will reach the low 20s, but with the wind chill, it will feel like below-zero temperatures.