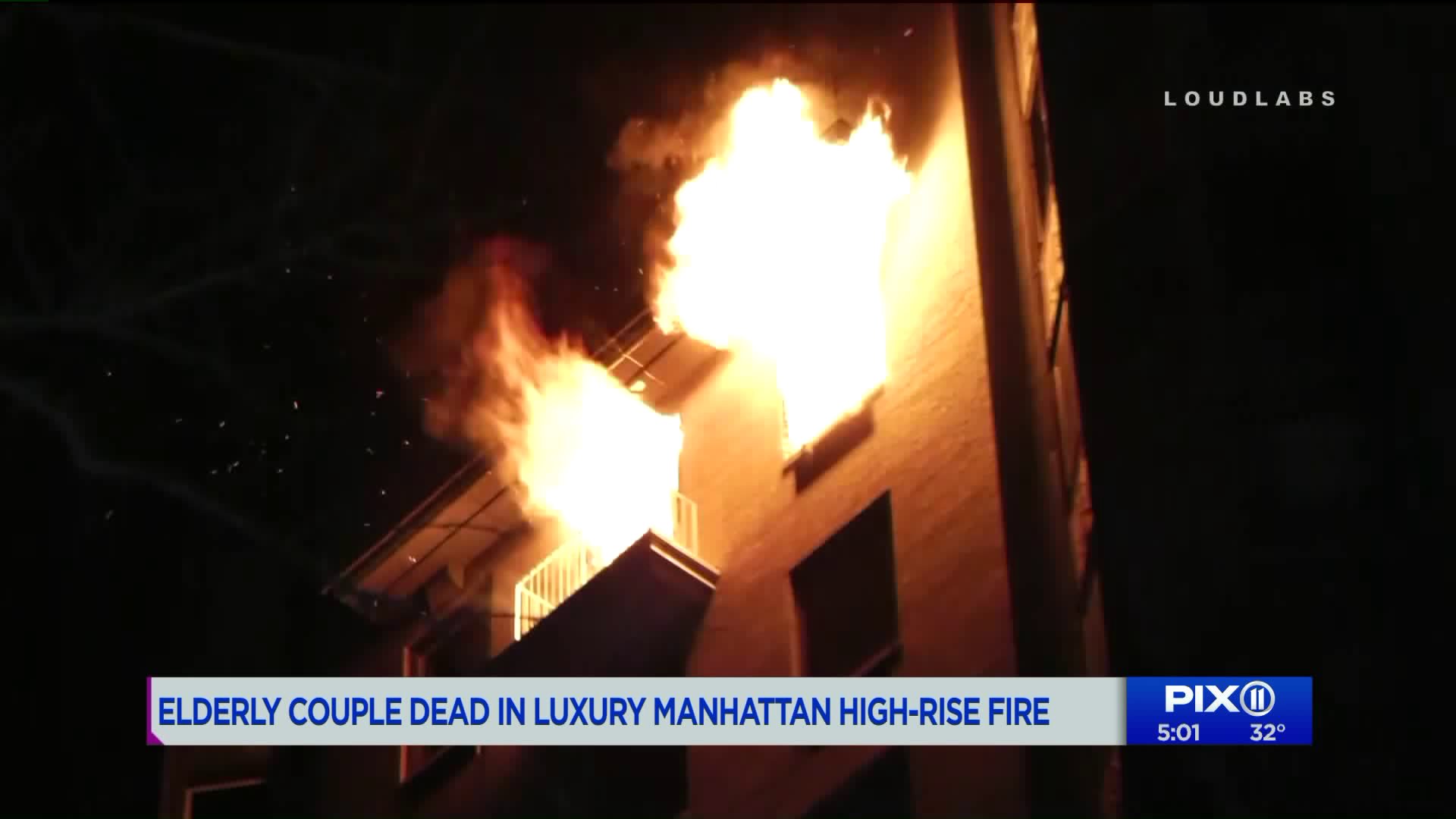 Two people are dead after a fire broke out at a Manhattan high-rise building early Saturday. 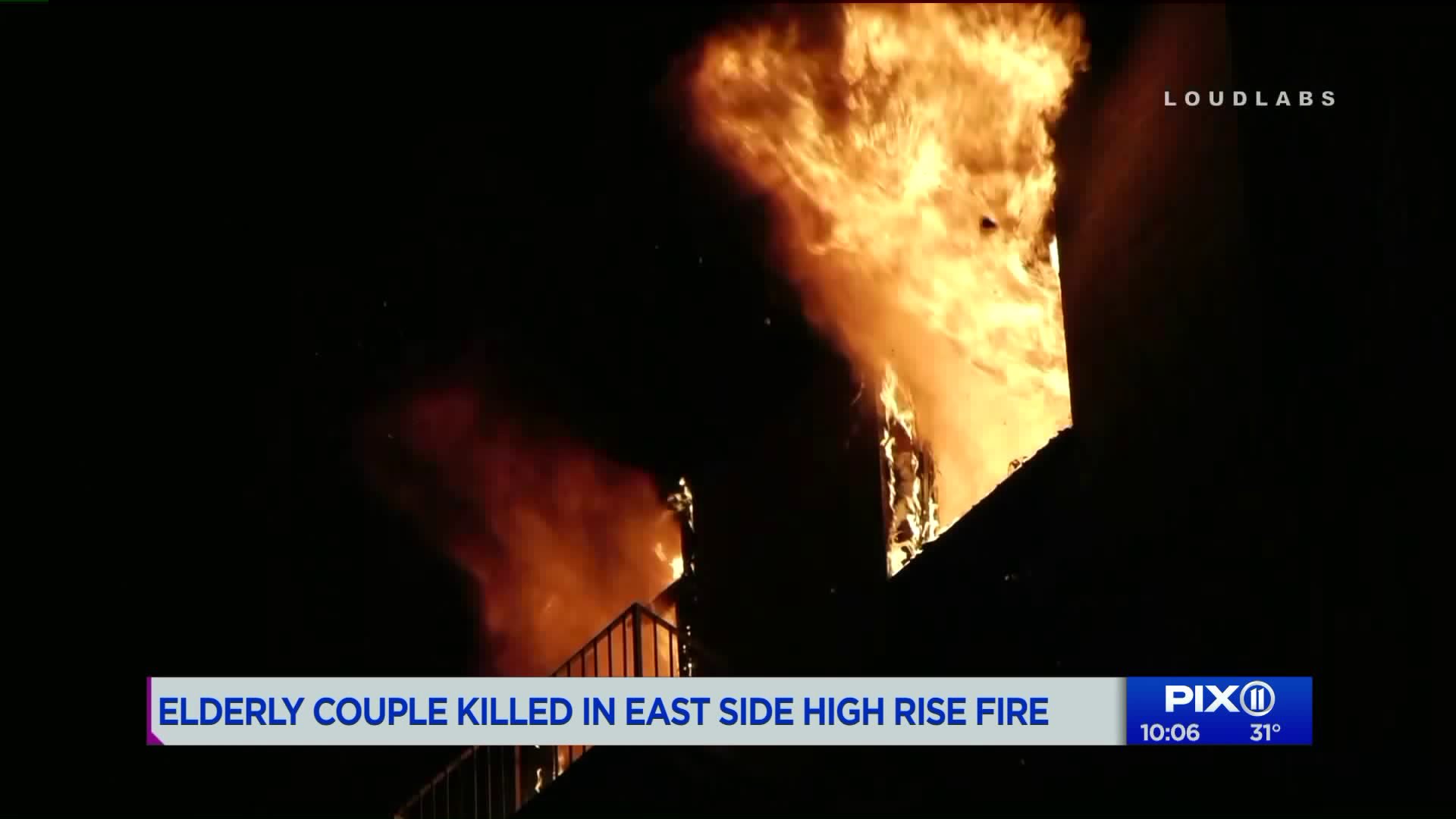 MIDTOWN EAST, Manhattan — Two people are dead after a fire broke out at a Manhattan high-rise building early Saturday.

A couple died in a blaze that swept through their luxury Manhattan high-rise apartment before dawn and sent massive flames shooting out the windows.

Authorities responded to the blaze on the ninth floor of a high-rise building along East 52nd Street and the FDR Drive shortly before 5:30 a.m.

Fire officials say the 85-year-old woman, identified as Mary Merow, was pronounced dead Saturday at the famed River House co-op on East 52nd Street. Her 89-year-old husband, John Merow, died of his injuries at the hospital.

The blaze was deemed under control in an hour’s time.

The River House complex was built in 1931, with a 26-story tower. It's been home to notable residents including Henry Kissinger, Uma Thurman and Secretary of Commerce Wilbur Ross Jr.