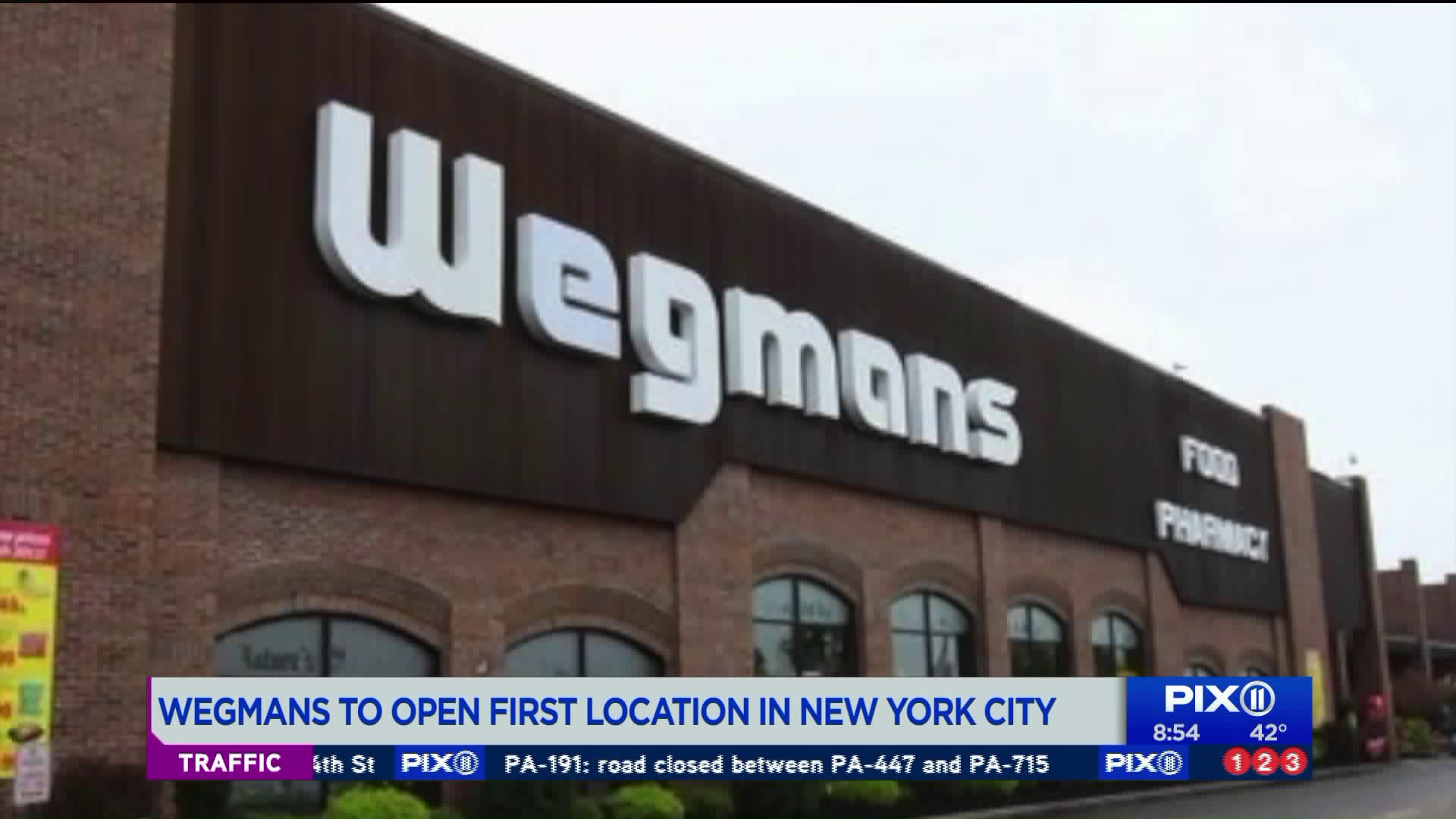 BROOKLYN — It's a beloved grocery store chain in upstate New York... and now it's making its way to New York City for the first time.

The family-owned company announced Tuesday that hiring and training are already underway for the new location at the Brooklyn Navy Yard, located on Flushing Avenue in the Admirals Row development. The location is slated to open in the fall.

The company is looking to fill approximately 500 positions, including part-time and full-time. About 150 full-time positions will be available in areas including entry-level management, customer service, overnight grocery and culinary roles such as chefs and line cooks.

“Here at Wegmans, you drive your own development and the opportunities are truly what you make of them,” said Brooklyn Store Manager Kevin Cuff, who began working for Wegmans 21 years ago when he was 16-years-old. “You are more than just a number. You are a family member who has a voice and an opportunity to do whatever it is you are passionate about.”

In 2018, the company, which has been in business since 1916, placed second on FORTUNE magazine's "100 best companies to work for" list and has been ranked highly on the list for 21 consecutive years.

The Brooklyn location, which will approximately be 74,000 square-feet, will include a second-floor mezzanine with nearly 100 seats to enjoy the in-store market cafe. The second-floor will also have a bar that will serve food, wine, beer and spirits.

Wegmans has more than 48,000 employees that operate in 98 different store across six states. The company also announced new stores opening in Virginia and North Carolina in 2019.

Full-time job applicants are invited to apply online at jobs.wegmans.com, or call 347-652-2424 for more information.