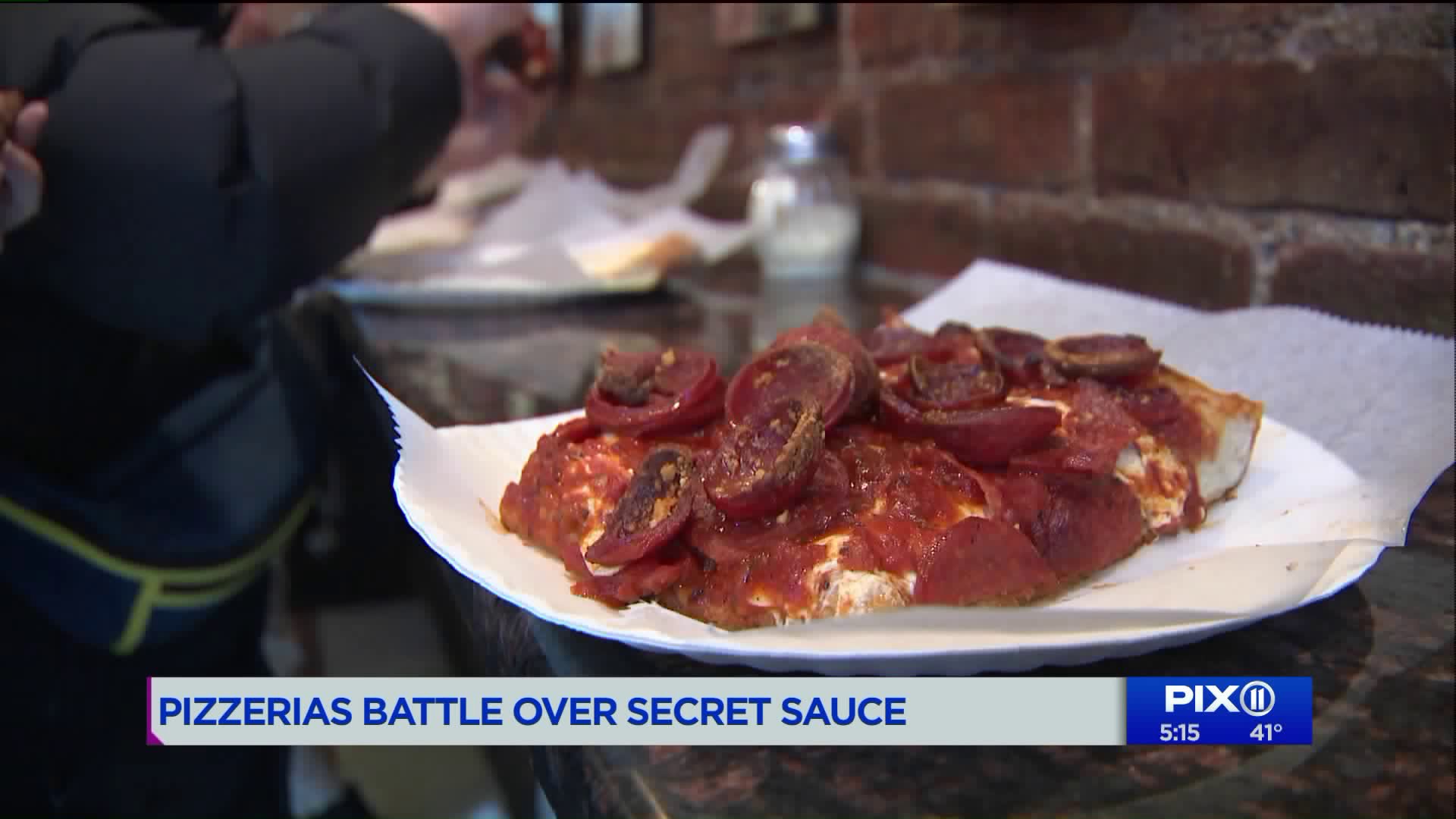 Prince Street Pizza is a staple in New York with a spicy square slice. Now the pizzeria says Made in New York, a new restaurant, of copying their recipe.

It's a controversy so good you can sink your teeth into it, spicy spring or the spicy pepperoni? They're two popular slices at two different pizzerias and customers seem to go crazy for both.

“If you do a coke pepsi challenge for me, put both in front of me, it would be really tough for me to tell the difference,” said food blogger Mike Chau.

Dominic Morano from beloved Prince Street Pizza said that's because Made in New York Pizza, an Upper West Side restaurant, stole the recipe.

But former Prince Street chef Frank Badali went into business with Eytan Sugarman to open Made in New York and says the recipes there were always his.

“At the end of the day, it’s still a square slice made with thick cut pepperoni, but there are changes to the dough and to the sauce. There are noticeable changes. Again my partner created this slice,” said Made in new York co-owne Sugarman.

Now Prince Street is threatening to sue over the debacle.

Sugarman told PIX11 they did receive a letter from a Prince Street attorney. PIX11 contacted that attorney, but he didn't want to comment.