Exclusive: The world’s most popular American tribute band is from Moscow, and eager to kick off its U.S. tour in NYC 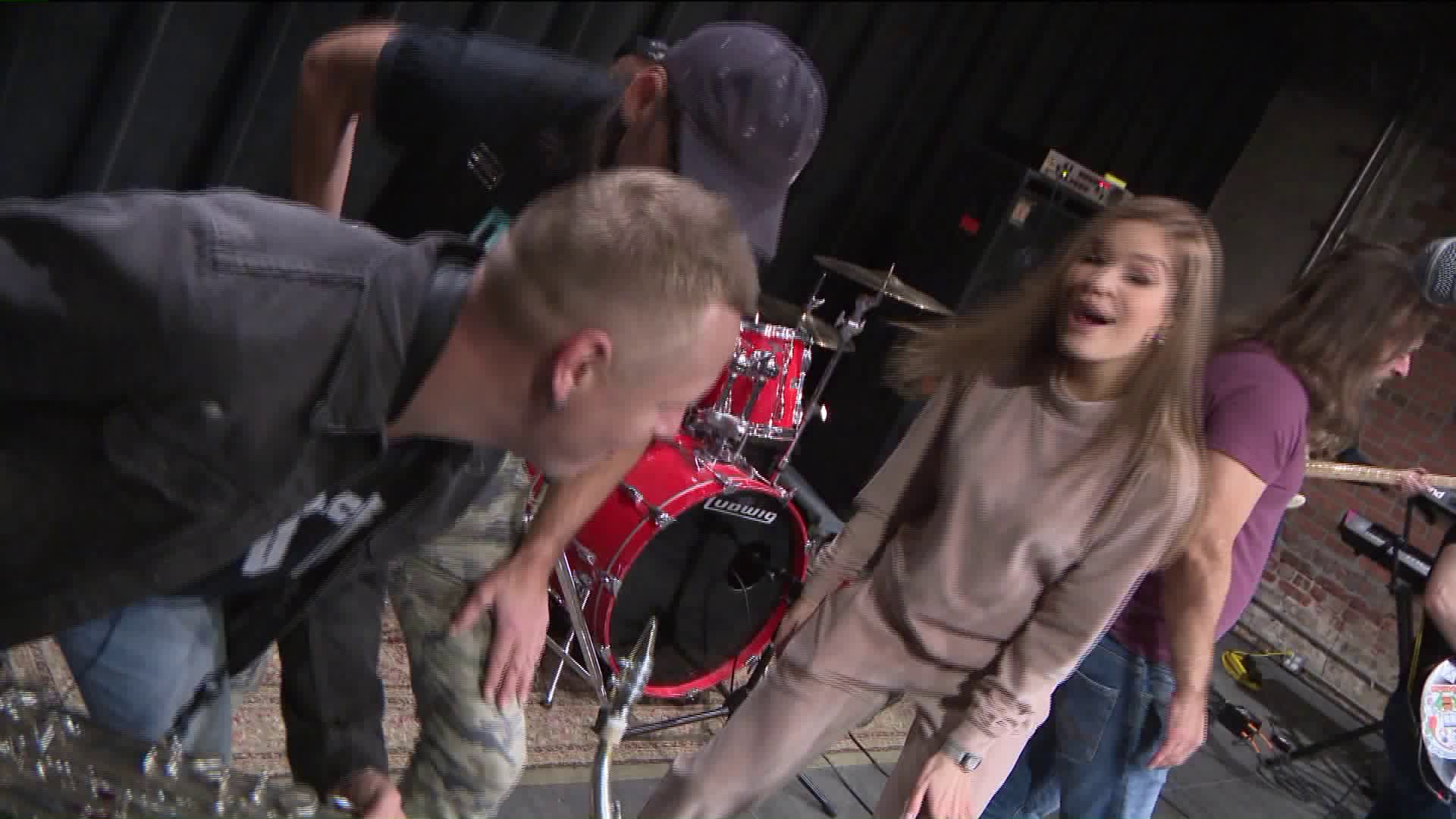 It`s an all-American story that could only be carried out by residents of Moscow, Russia, in New York, by way of Chicago and L.A. It may sound confusing at first, but, in short, it`s the story of how the world`s most famous band that covers hit songs by the legendary rock/jazz/pop group Chicago chose to come to the U.S. for the first time, and to launch their tour in New York City.

PROSPECT HEIGHTS, Brooklyn -- It’s an all-American story that could only be carried out by residents of Moscow, Russia, in New York, by way of Chicago and L.A. It may sound confusing at first, but, in short, it's the story of how the world’s most famous band that covers hit songs by the legendary rock/jazz/pop group Chicago chose to come to the U.S. for the first time, and to launch their tour in New York City.

"Because New York is New York City," said Leonid Vorobyev, the leader of the band which bears his name, Leonid & Friends. "It's a beautiful, amazing city with a great story!"

The great story is actually that of Leonid & Friends, and how they came to be international darlings of social media, video streaming and online downloads, by taking a uniquely American sound and lovingly and respectfully replicating it. They did so first for Russian audiences, and were soon able to expand globally, with the help of the band that they worked so hard to imitate.

It all began four years ago when Vorobyev was turning 60, the age at which people in his native Russia are generally expected to retire. The Moscow-based choral director and composer concluded that rather than garden or fish full time, he wanted to make more music. So he contacted some fellow musicians, and they recorded Vorobyev's favorite song, Chicago's "Brand New Love Affair."

They also recorded the performance on video, which was the first step in Leonid & Friends becoming a social media sensation. Shortly after the band posted the video online, it caught the attention of an important influencer.

"Two weeks later, it was already on Chicago's official website," Vorobyev told PIX11 News, in an interview at the Prosepect Heights, Brooklyn studio where his band was rehearsing in preparation for their tour kickoff.

The appreciation Leonid & Friends received from Chicago's management prompted hundreds of thousands of views online. That, in turn, prompted Vorobyev's fellow musicians to make a request of him.

"Every musician said... 'Maybe one more,'" Vorobyev said. "After that, we cannot stop, because our fans don't let us stop it."

The millions of views of the band's videos on YouTube, Facebook and other online platforms support his assessment are. In fact, Leonid & Friends's video cover of Chicago's "25 or 6 to 4"  has more YouTube views than Chicago's own most recent live version of its own song .

It's part of a popularity that's taken Leonid & Friends by surprise.

"I don't know how we explain this," said Sergey Kashirin, the lead guitarist and vocalist with the band. "It's magic."

They're taking their act from coast to coast, literally. They have three sold-out shows in Los Angeles, at Village Studios, Jan. 11-13, followed by three dates in -- you guessed it -- metro Chicago on Jan. 15-19. Their tour wraps up in Clearwater, Florida with a concert at The Capitol Theater on Jan. 22.

However, they chose to begin their tour in New York because members of the band view our city as an inspiring, cosmopolitan, cultured location that's ideal for artists, like themselves.

"It's a beautiful city," said lead vocalist Serge Tiagniryadno. "I love it. There's a feeling of freedom here."

Tiagniryadno has been to New York before, but, like all of the rest of the 11-member group and their handful of technical staff, he'd never been here as part of Leonid & Friends.

The band is predominantly Russian, but Kashirin is Moldovan and Tiagniryadno is Ukrainian. It is, therefore, an international group, albeit all from former Soviet republics.

Their background of international cooperation, even in the face of cross-border tensions (Russia has ongoing tensions with both Ukraine and Moldova), they said speaks to the power of music to unite people. They said they've found that spirit even stronger in New York.

The band played Sony Hall on Tuesday night. It's in the heart of iconic American performance venues, on Broadway, in the Times Square neighborhood.

"Many of Russian musicians have a dream to play for the American audience" Vorobyev said. "We are lucky because we make it true."

Leonid & Friends sold out their Sony Hall performance. There was barely even standing room. Video of their New York performance will be available on video on their website. Meanwhile, there's a preview here