Modeling app positioning itself as an industry game-changer 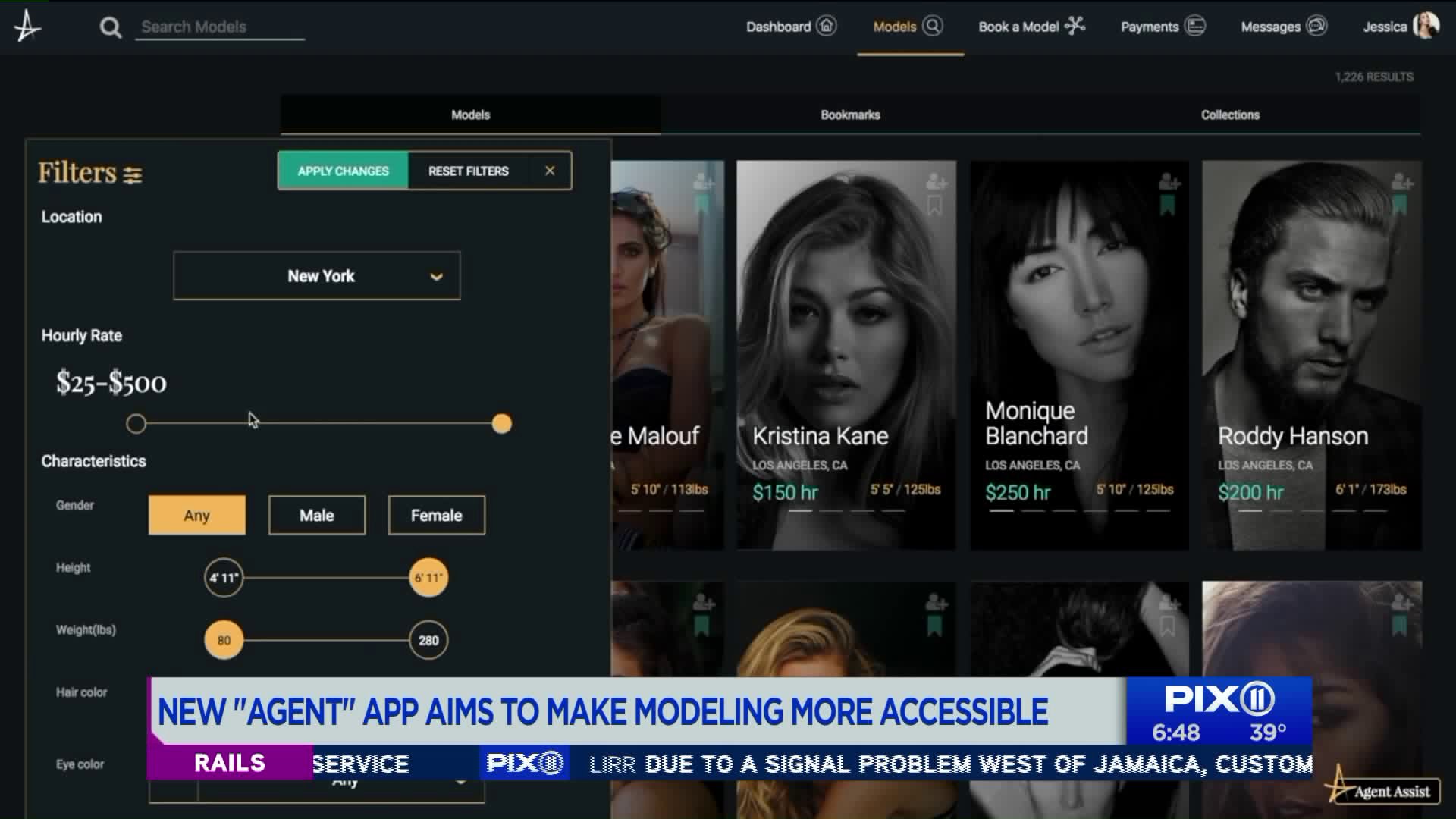 It`s less than a year old, but an app called "Agent" is already having an impact on the modeling industry. The app is offering a safer, more streamlined approach for models and clients to book gigs by eliminating the agent in the middle.

NEW YORK — It's less than a year old, but an app called ‘Agent’ is already having an impact on the modeling industry. The app is offering a safer, more streamlined approach for models and clients to book gigs by eliminating the agent in the middle.

Clients can browse models or post ads to find someone who fits their specific needs and budget, at about 75-percent less than what they'd pay through a traditional agency.

All clients are vetted with criminal and sex offender background checks, as well as ID verification.

After applying and being approved by 'Agent,' models can post a portfolio of their work, along with their hourly rate and measurements.

Robert Mishchenko, the creative director of fashion brand March 11, said he grew tired of the traditional and tedious process of developing relationships with individual agents. "To wait for an agent to reply and it takes days, and then to confirm, they give you options - it was just a nightmare," explained Mishchenko.

"You can go and see who's available right away and book them and pay with a card, and that's just what I needed."

For the models, the app gives more control to decide which gigs they want to take and how much they charge. Models are also guaranteed to receive their pay the same day as the job.

Laila Elise, who runs outreach efforts for Agent, said her experience in the modeling world has included times when she has not been compensated.

"For Fashion Week especially [or] freelance, it's like you don't know if they're going to pay you," said Elise.

"It's one of those things that happens way more than it should."

One of Agent's founders, Mark Willingham, said the idea came out during his time running a high fashion brand. He said he kept running into problems involving booking and paying models, and realized that the system needed fixing.

"It really hadn't changed much in 70 years," said Willingham, who said he had situations in which models never showed up for jobs.

Willingham said his business partner encountered a bad situation while trying to pay a model. "He went and got cash and tried to pay a model and she's like, well I don't have change for that, can I give you some weed?" recalled Willingham.

Those experiences led the pair to launch Agent in March of 2018.

It is currently in 10 cities, including New York. The company is expanding into more U.S. cities and launching an Android app later in 2019.