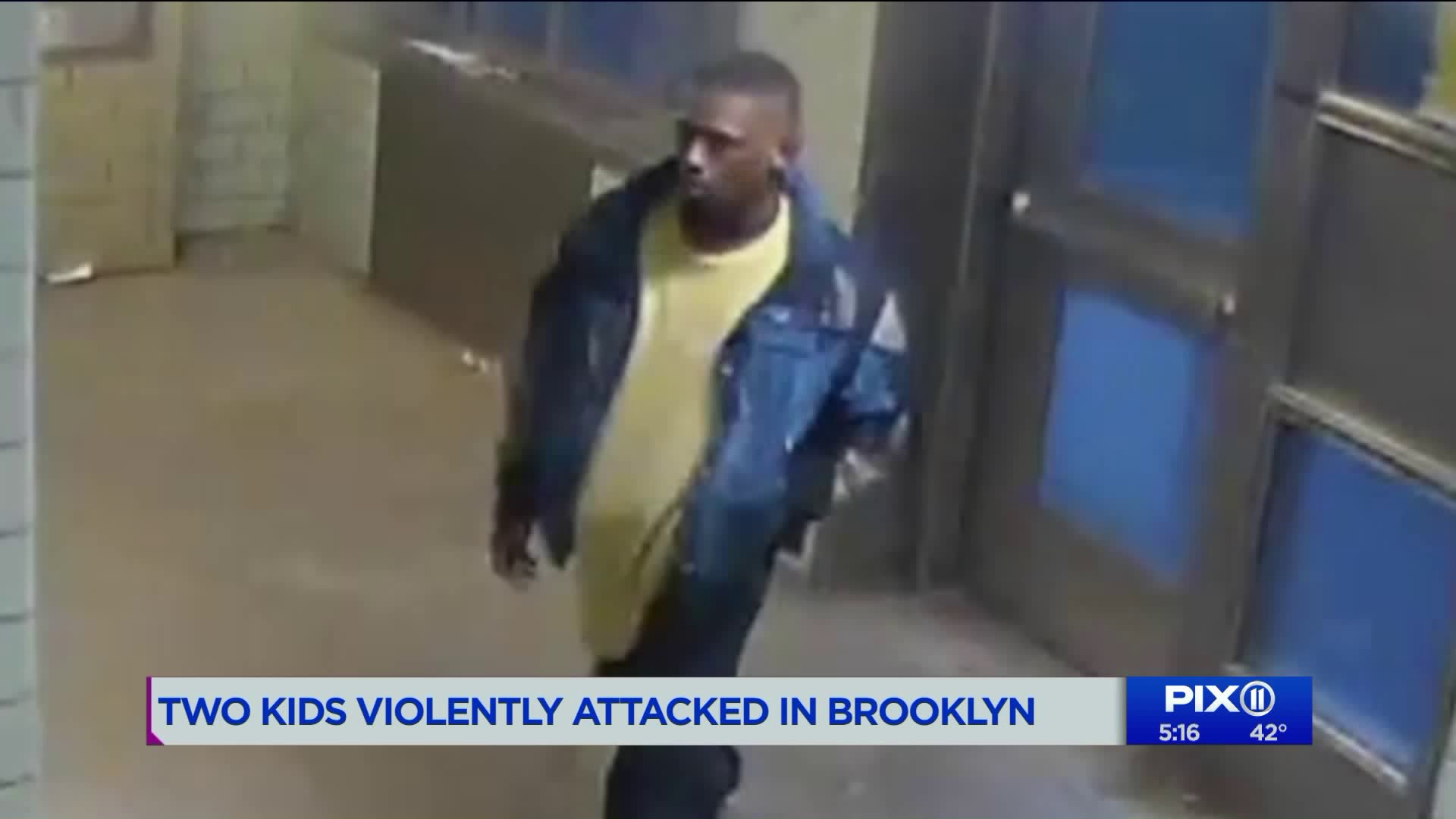 Police are still looking for the suspect.

BROOKLYN -- A homeless man has been arrested after police say he punched two kids in the face and head while they waited for the school bus in Brooklyn Tuesday morning.

Charles Matthews, 26, is charged with three counts of assault, endangering the welfare of a child, criminal possession of a weapon.

It happened at 7:18 a.m. inside the Bushwick Houses on Flushing Avenue. A 9-year-old boy and his 16-year-old sister were waiting in the lobby of their building for the school bus, when the man walked in and was behaving erratically.

“My kids were hysterical. They were afraid for their life this morning,” said their mother, who didn't want to be identified, told PIX11.

“At first he was pacing around the building, cursing and yelling and swearing," the 16-year-old said. "You could tell something was wrong with him.”

There were other residents in the lobby at first, but when they went upstairs the man attacked the brother and sister. He hit the 16-year-old in the side of her face and the boy in the back of the head knocking him forward and causing him to bump hit head on the window.

The attack also left a big lump on his forehead.

“I can't be around the building by myself anymore,” the 16-year-old said.

The kids frantically called upstairs to their mother, and she called 911.

Neighbors say people who don't live there are always coming in and out of the building and they need more police presence.

“It happens a lot out here, kids should definitely be safe, anybody should be,” Tara Collins said.

Anyone with information in regard to this incident is asked to call the NYPD's Crime Stoppers Hotline at 1-800-577-TIPS (8477) or for Spanish, 1-888-57-PISTA (74782). The public can also submit their tips by logging onto the CrimeStoppers website at WWW.NYPDCRIMESTOPPERS.COM, on Twitter @NYPDTips or by texting their tips to 274637 (CRIMES) then enter TIP577.