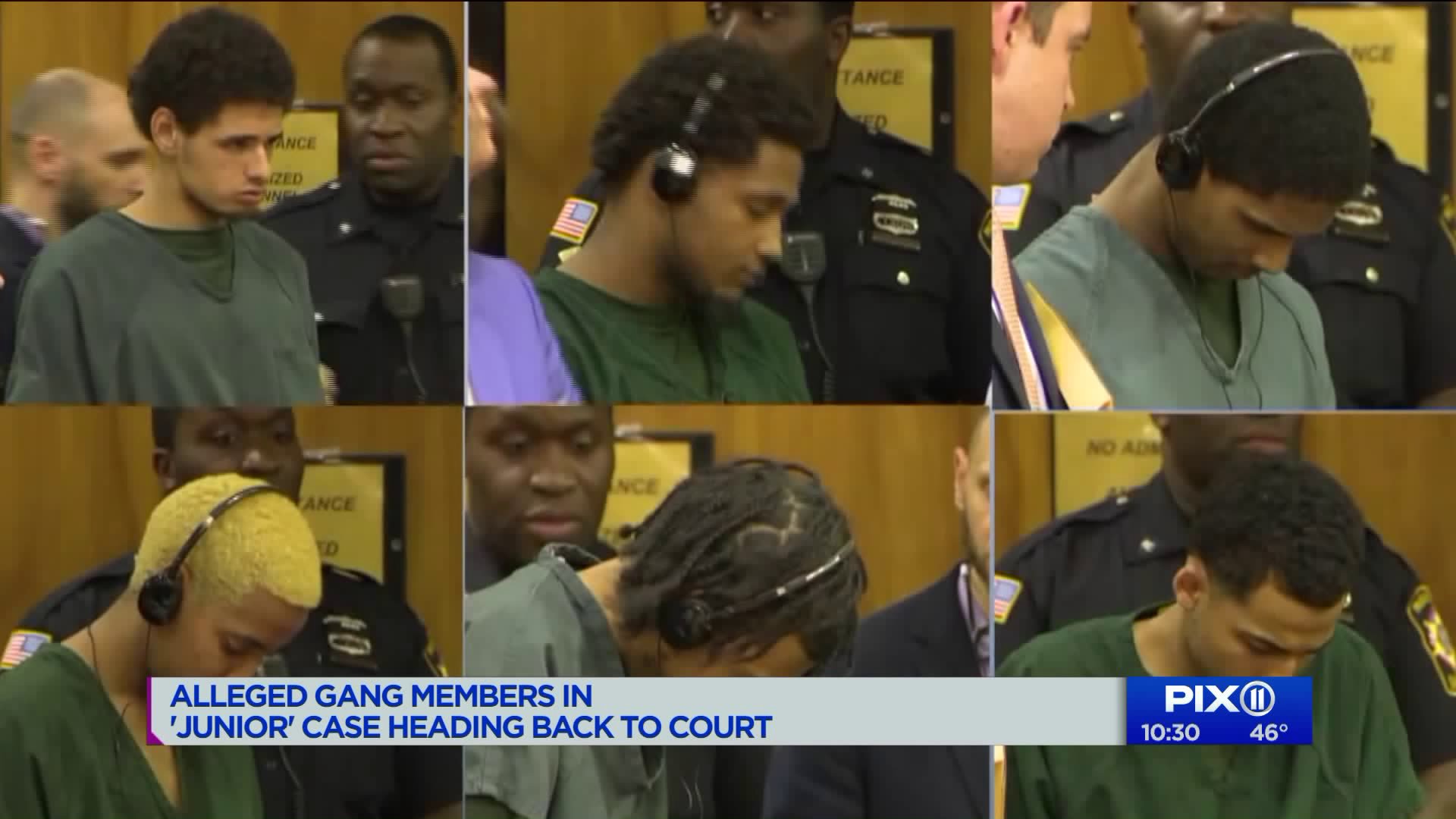 A man calling from what`s called a "secure prison facility" is screaming with apprehension, asking the man on the other end if he can call Santo Domingo, which is the capital of the Dominican Republic.

NEW YORK -- In the hours and days that followed the on-camera slaughter of 15-year-old Lesandro “Junior” Guzman-Feliz on Bathgate Avenue in the Bronx, phone calls from Rikers Island to the streets were buzzing with concern about a police manhunt.

A man calling from what’s called a “secure prison facility” is screaming with apprehension, asking the man on the other end if he can call Santo Domingo, which is the capital of the Dominican Republic.

It’s the place where at least one suspect fled after Junior’s murder, before he returned to New York as a cooperating witness.

It’s the place where many of the 14 murder suspects were born.

A PIX11 review of some more documents in the “Junior” investigation reveals that this is not a case that relies solely on horrific surveillance footage from more than a dozen cameras at a Bronx bodega.

There are dozens of records showing how cell phone towers tracked the movement of the suspects in the hours before—and after—Junior’s murder.

PIX11 reviewed the documents on the exact 6-month anniversary of the chase of Junior, which led to his death June 20, at the hands of a mob wielding knives and a machete.

Among the photos we reviewed were two selfies taken by suspect Manuel Rivera and retrieved from his cell phone.

In the first photo, a somber Rivera sits in a hair stylist’s chair, preparing to have his dark, wavy hair dyed by a woman, who is wearing protective gloves.

In the second photo, a still-unsmiling Rivera now has neon blonde hair, after the dye job is done.

When Rivera was arrested several days later at an alleged Trinitarios gang hideout in Paterson, New Jersey, his distinctive new hair style stood out in the mug shots.

PIX11 also saw more than a dozen photos taken by the Connecticut State Police of the 2008 silver Honda that troopers pulled over on July 9. That’s when they had stopped suspect Luis Cabrera Santos, throwing his girlfriend onto the grass, while the couple’s baby was inside the vehicle.

The photos show numerous fingerprints retrieved from the door jambs and body of the car. Other prints were discovered inside the Honda.

The 14 suspects accused in the June murder are expected back in court Friday morning.

Judge Robert Neary could potentially set a date for trial. He said several months ago he was hoping to start proceedings in February.