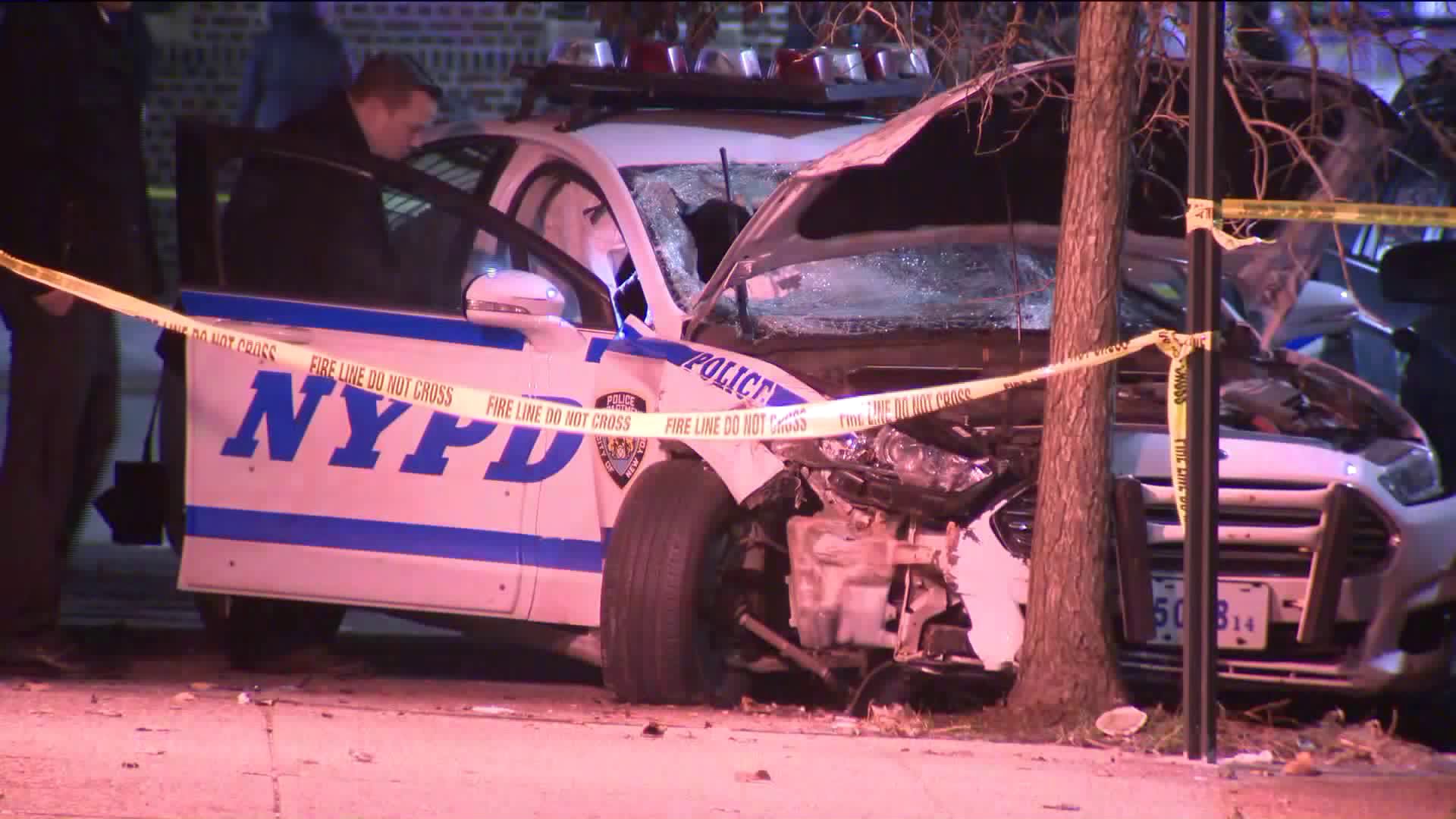 Police are investigating a motor vehicle accident after a pedestrian was struck by an NYPD patrol car in Brooklyn, police said.

Two police officers were responding to reports of shots fired when they made a sharp left turn onto Jerome Avenue  from New Lots Avenue, then suddenly swerved their patrol car to avoid hitting a child who ran into the street, police said.

Instead, the patrol car hit a 32-year-old man who appeared to be attempting to pull the child to safety, police told PIX11 News.

The call for shots fired were found to be erroneous.

The man was transported to the hospital in critical condition with two  broken legs, police said.

After hitting the man, the patrol car mounted a sidewalk and hit a parked vehicle and a tree.

A male police officer, Officer Torres, suffered lacerations to the head after his head smashed through the patrol car's windshield, police sources said.

PIX11 spoke with an eyewitness who described what he saw.

"I saw a kid dart in front of the police car. They tried to swerve to avoid hitting him but they clipped him," said Raheem Pinchback

"He’s about my height, and I believe he’s autistic but he darted away from his parents, and when he got hit they were all screaming," Pinchback told PIX11.

The video also captures first responders tending to an injured man located behind the NYPD vehicle, then taking the pedestrian away on a stretcher.

The NYPD cordoned off the scene, and are investigating.