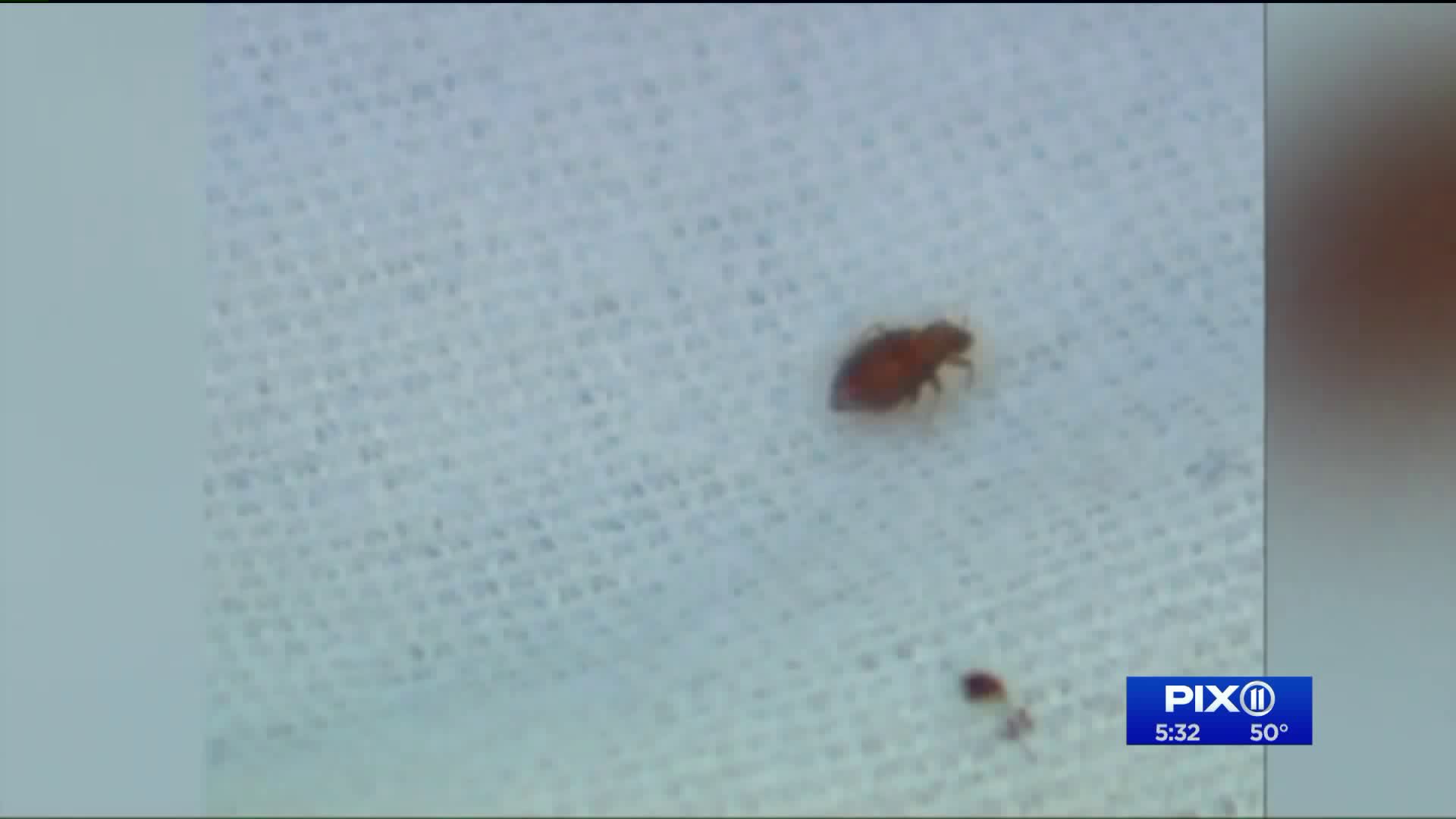 When you`re at the movies, one thing you certainly don`t want to get out of it are bedbugs. New legislation is aimed at preventing that from happening in the city, but not everyone is convinced that it will work.

NEW YORK — Now that the weekend is here, people may consider going out to the movies. However, one moviegoer that nobody wants to come across is a bedbug.

Because some of the tiny pests have been found at New York City film venues in recent years, there’s a new city council bill that would require annual bedbug inspections at city movie theaters.

Some filmgoers, however, are saying that the proposal does not go far enough.

The bill, filed by City Council members Mark Levine and Vanessa Gibson, reads that it "would direct the commissioner of the Department of Consumer Affairs, in coordination with the Department of Health and Mental Hygiene, to develop a program for movie theaters to annually certify they are free of bed bugs."

The bill is a response to instances in the last eight years or so of bedbugs being found in theaters across the city, including the AMC25 Theater on 42nd Street, the Pavilion Movie Theater in Park Slope, Brooklyn, and the United Artists theater in Sheepshead Bay, Brooklyn.

A variety of moviegoers with whom PIX11 News spoke expressed support for the idea.

"Makes sense," said one customer at the AMC25 at Times Square, who'd said she heard about a previous instance of bedbugs having been reported, but added that she'd had an excellent movie viewing experience on Friday afternoon.

"I think they should," another filmgoer said about the proposed annual inspections.

Those comments supported the bill that one of its sponsors, Councilmember Mark Levine, explained in a written statement sent to PIX11 News: “Anyone who has ever had to suffer through a bed bug infestation in their homes knows the tremendous financial and emotional toll it can take. New Yorkers shouldn’t have to worry about what might be lurking in the seats of a movie theater. This bill is a simple accountability measure that will ensure our city’s movie theaters are pest free.”

There's one significant aspect to Levine's bill, however, that some theater customers viewed skeptically.

"Failure to so certify [an annual bedbug inspection] would be punishable by a fine of $1,000,” the bill reads.

He was not alone in saying that the proposed penalty for not complying with the proposed annual inspection was low enough that a theater or theater chain could choose to forego the inspection because it finds the fine to be more affordable than actually paying for an inspection.

PIX11 reached out to AMC Theaters for comment on the bill.

AMC Theaters has also said that every seat in the theater is inspected every month.

If there's any sign of bedbugs, the chairs are treated, the company said.

The bedbug inspection bill is still in its introductory stage in the city council.