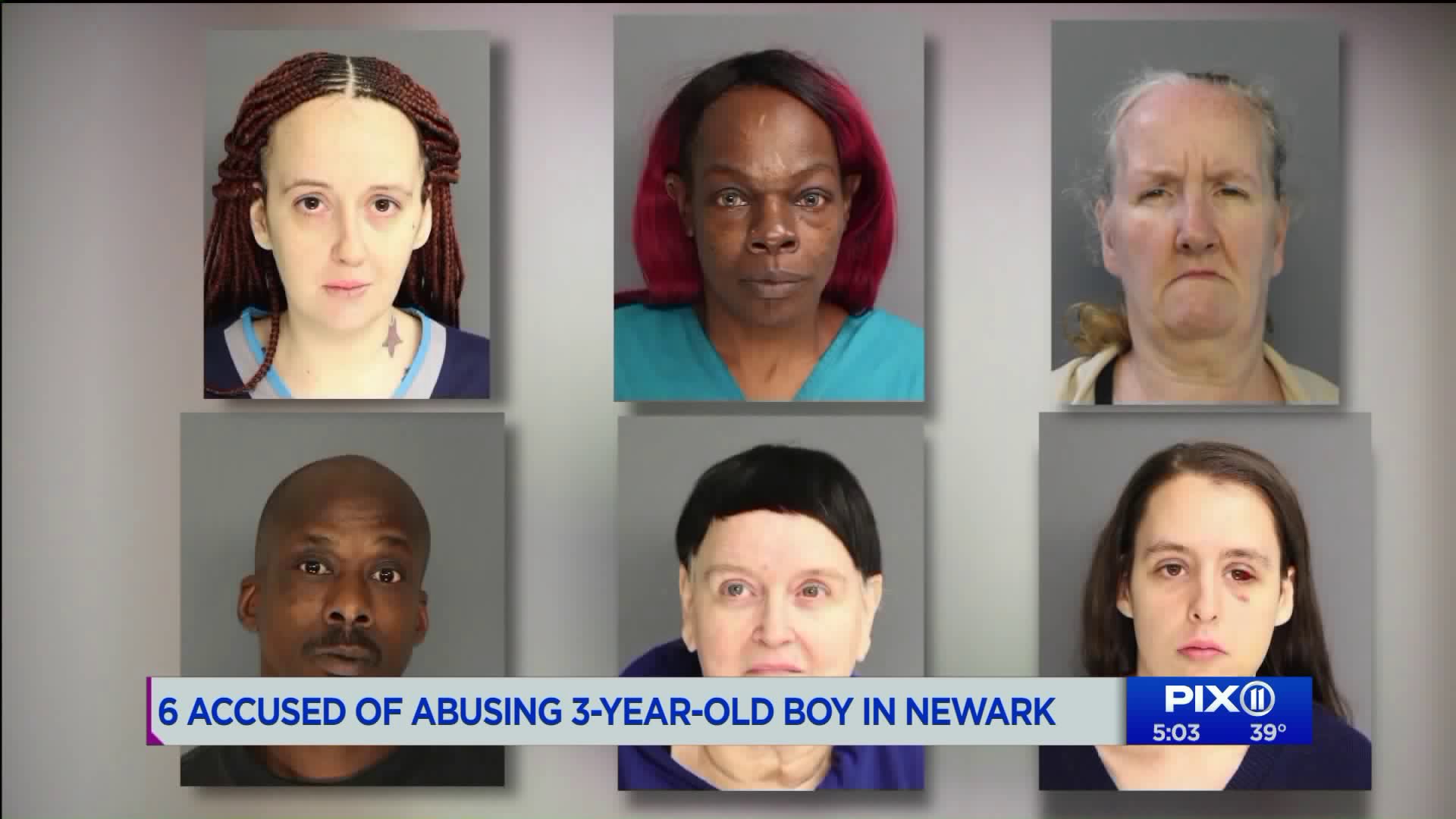 All adults are accused of the systematic and coordinated beating of the child with a belt and fists and pouring scalding water on him as a form of punishment, according to authorities.

Police say the alleged suspects all live in the same Newark home.

They are scheduled to make their court appearance on Thursday.