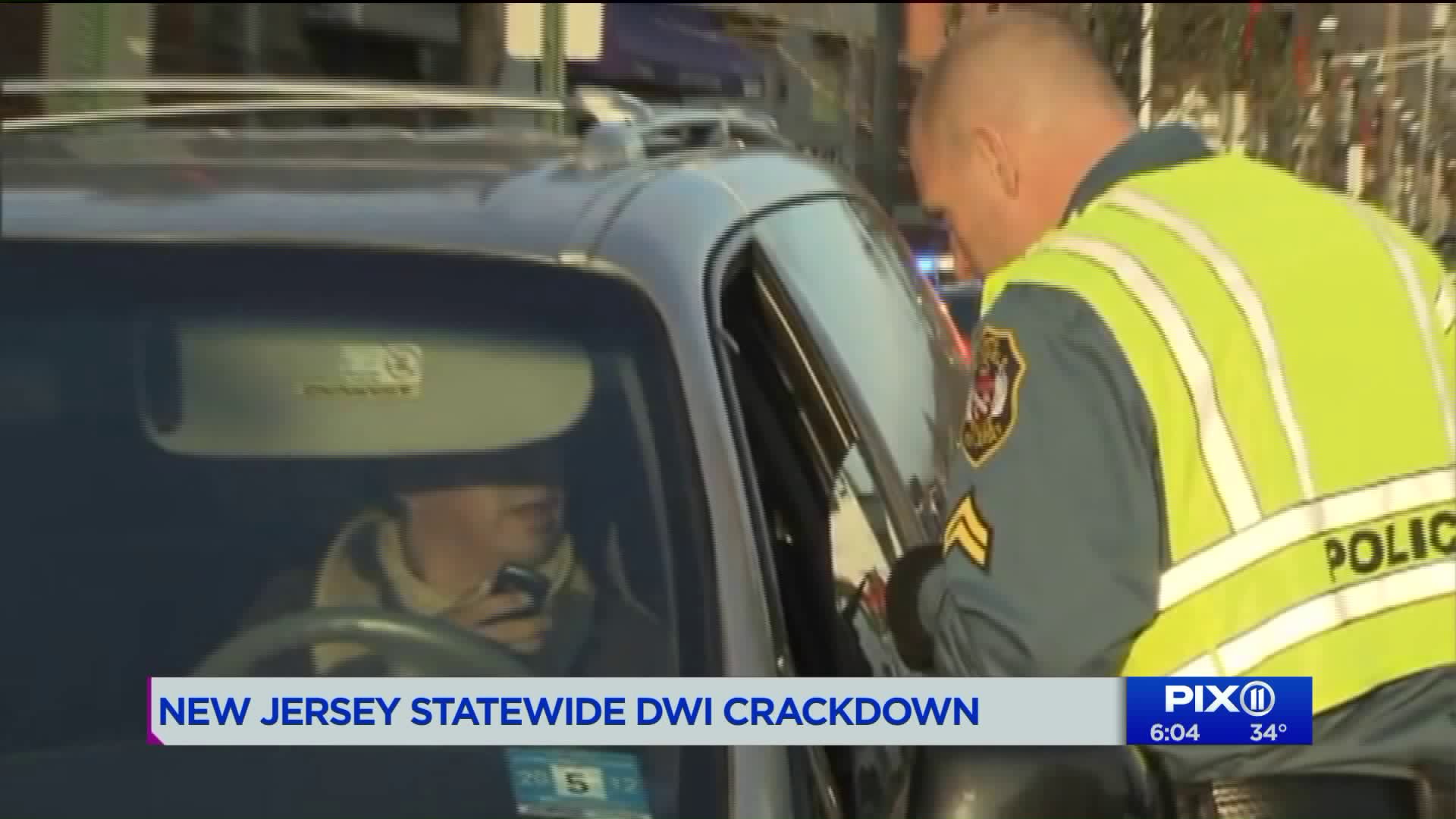 The state distributed $775,500 in grants to 161 departments across all 21 counties to help pay for the overtime.

NEW JERSEY — Police across New Jersey will be stopping drivers starting Friday night and through the holidays as part of a statewide 'drive sober or get pulled over campaign.'

The state distributed $775,500 in grants to 161 departments across all 21 counties to help pay for the overtime.

Belleville is one of the departments that got a grant, but dozens more are expected to self-fund the overtime in order to participate.

"The key to deterring impaired driving is highly visible enforcement," the State Division of Highway and Traffic Safety said in a statement. "Prevention and not arrest is the goal of the campaign. Drivers must perceive that the risk of being caught is too high before their behavior will change."

Nationally, there were 10,874 impaired driving fatalities in 2017, according to the New Jersey State Police. Drunk driving tends to tick up around the holidays.

"This is the time of year where you have office parties, large gatherings, the holidays, so we tend to get an increase in DWI's during the holiday season," said McAloon.