Hidden NY takes you to Sakagura: A taste of Japan hiding in a midtown basement 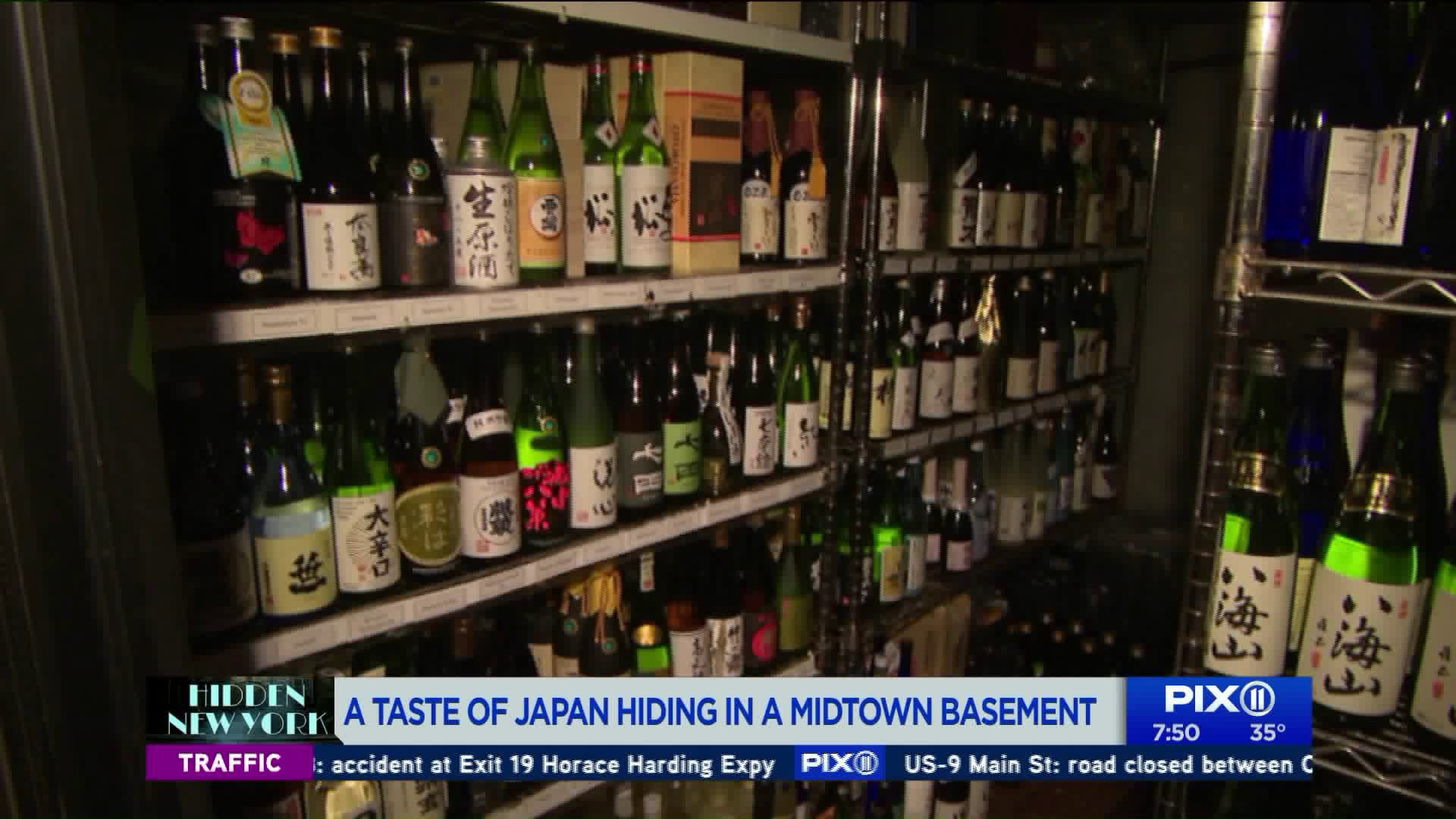 When you think Midtown, you think buildings and offices. What you may not know is that there`s a taste of Japan in the basement of an office building.

MIDTOWN — In the shadows of the Chrysler building, smack in the middle of midtown, are a number of office buildings. Typically, you wouldn't be allowed to just walk into a lobby and bypass a security guard, but at one specific building along 43rd Street, you can.

At the end of the hallway, hang a left at the very first door next to the elevators and you'll see a sign inside the door for a Sakagura Restaurant. It's a pretty interesting sign with a dark stairwell leading to a basement.

"The security guards say its the number one question they get," says Sakura Yagi.

"They ask, 'Is this the right place?"

Down that flight of stairs and through a hallway, you'll find the door for Sakagura, a Japanese inspired restaurant that opened in 1996 in the basement because of cheap rent, plus - the owner says it was not that crazy of an idea.

Sakagura is located at 211 E. 43rd street in the basement.

"In Japan, basements are very common," says Bon Yagi.  "Every basement and every inch of space is used."

Which is true here - Sakagura uses every inch of space from fake windows to the unique bathrooms which are inside two large sake barrels.

The restaurant boasts having the largest sake menu in all of New York with nearly 300 varieties.

As for food, they have such a wide variety, which could take you outside your comfort zone.