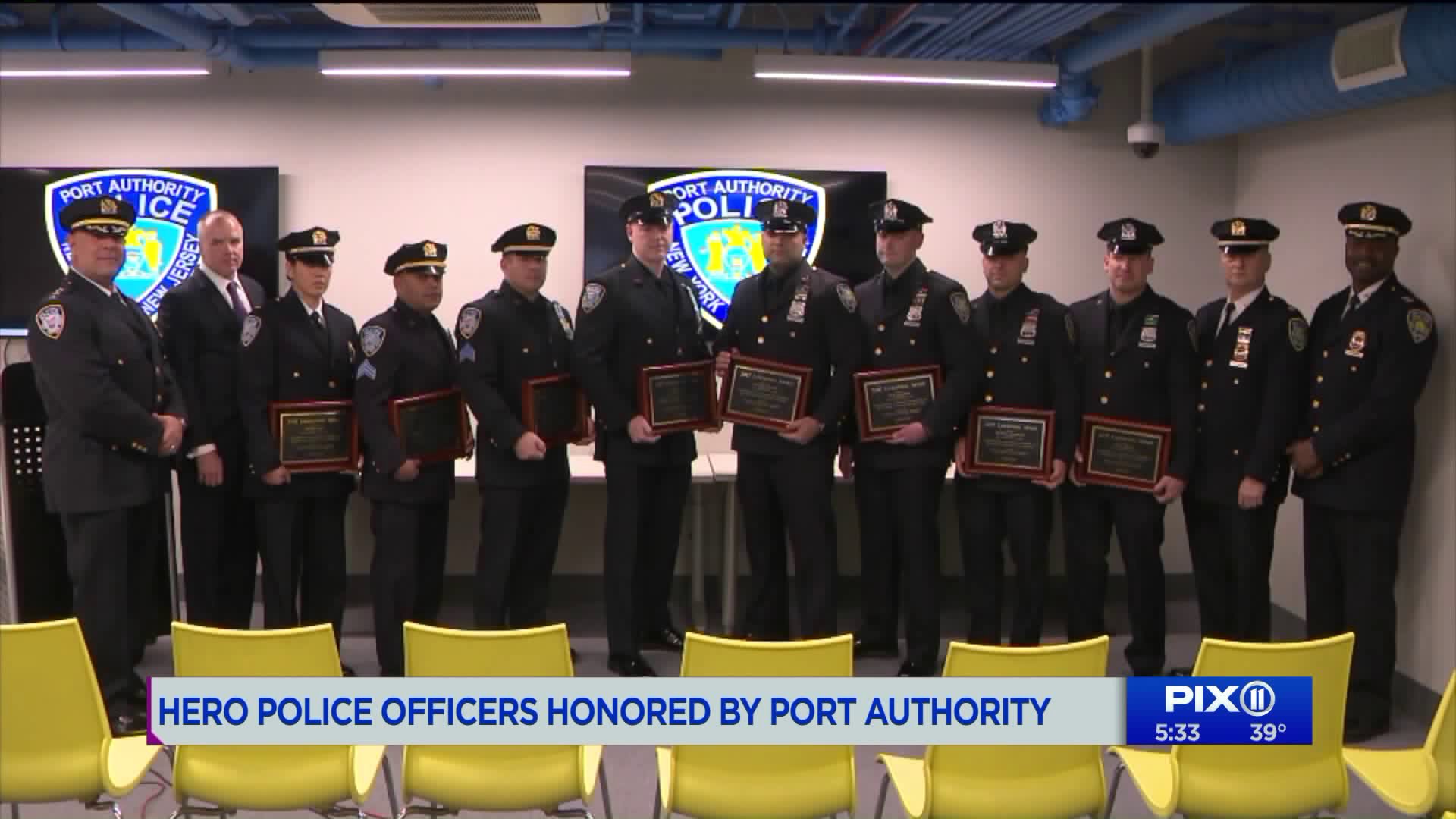 Almost a year ago Port Authority Police Officers quickly arrested the terrorist now convicted of blowing up a pipe bomb in a subway tunnel near the port authority. Those officers were honored by the state Thursday for their life-saving work.

MIDTOWN, Manhattan — Almost a year ago Port Authority Police Officers quickly arrested the terrorist now convicted of blowing up a pipe bomb in a subway tunnel.

Thursday they were honored by the State of New York for their life-saving work.

Eight officers who rushed in and arrested the suspect the morning of Dec. 11, 2017 were celebrated. When they entered the subway tunnel connecting the Port Authority Station subway stops to Times Square— there was no way to truly know the what was happening.

“At that point in time, it’s assess the situation as quickly as possible, and act quicker if possible,” said Lt. Miriam Rubio, speaking on the group’s behalf.

Akayed Ullah had just detonated the pipe bomb, injuring four people including himself. He might have had a weapon, another bomb, or an accomplice waiting in the wings. Still the officers went in for the arrest, knowing the danger.

For that life-saving bravery, the officers were honored with the New York State Division of Criminal Justice Services’ Lifesaving Award.

Rubio said she and her fellow officers were just doing their jobs to the best of their abilities, and following their training.

“I thank God for the academy, because we have trained for that,” she said. “We train for active shooter, we train for bombs ,suicide bombers, we try and train for the unimaginable.”

The suspect in this case will be sentenced in April of next year and faces life in Prison.