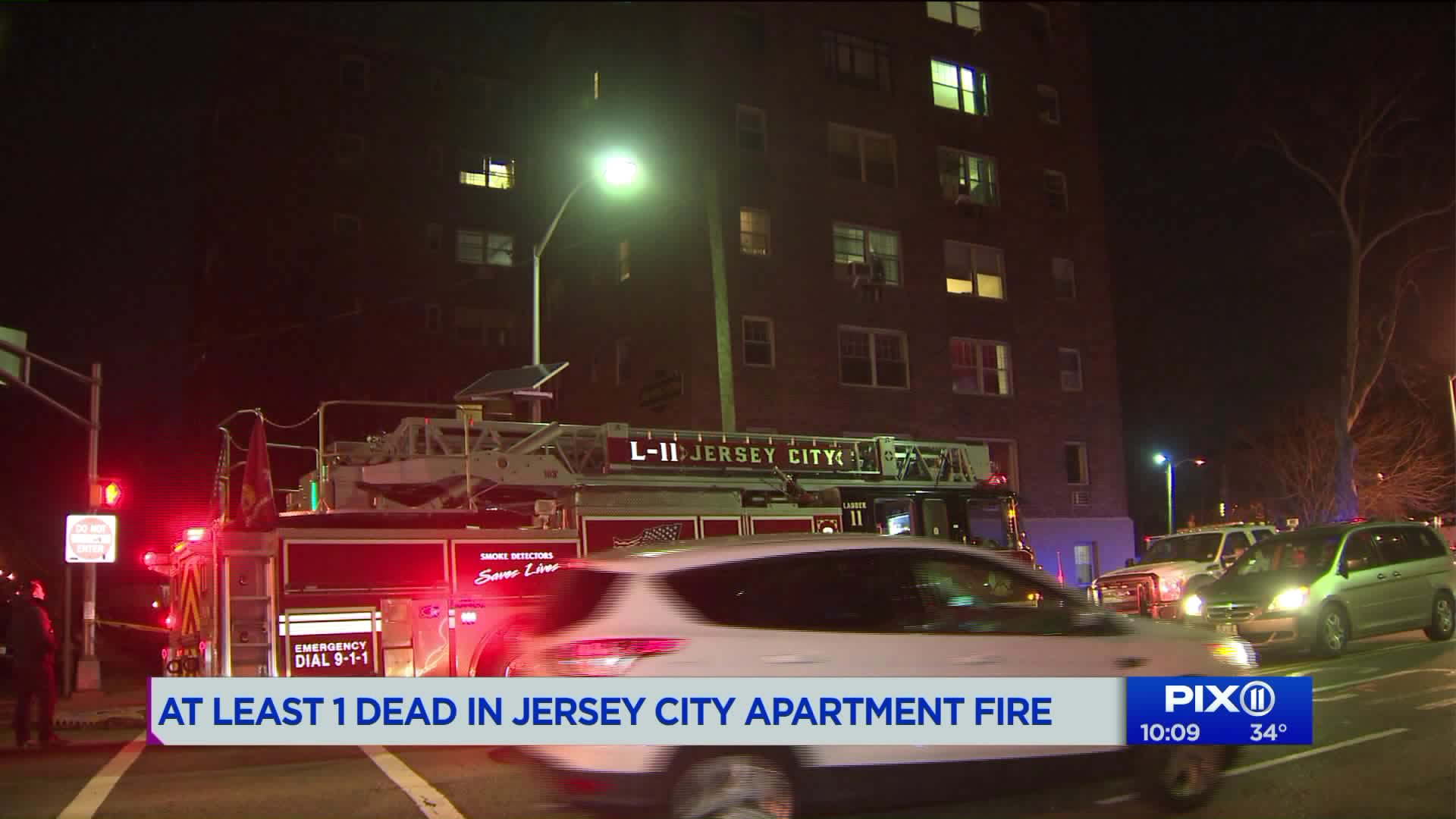 JERSEY CITY -- At least one person is dead after a fire that broke out at an apartment building in Jersey City Wednesday night.

"When you see an emergency vehicle and a truck you know it's not a good look," said Beverly McQueary Smith, a neighbor. "I'm so sorry to hear someone is dead. Traumatizing."

A porter for the building said a man appeared to live alone in the apartment but officials have yet to identify the victim.

Regional Arson Task Force is on the scene and investigating, according to the Hudson County Prosecutor's Office, who is the lead in the investigation.