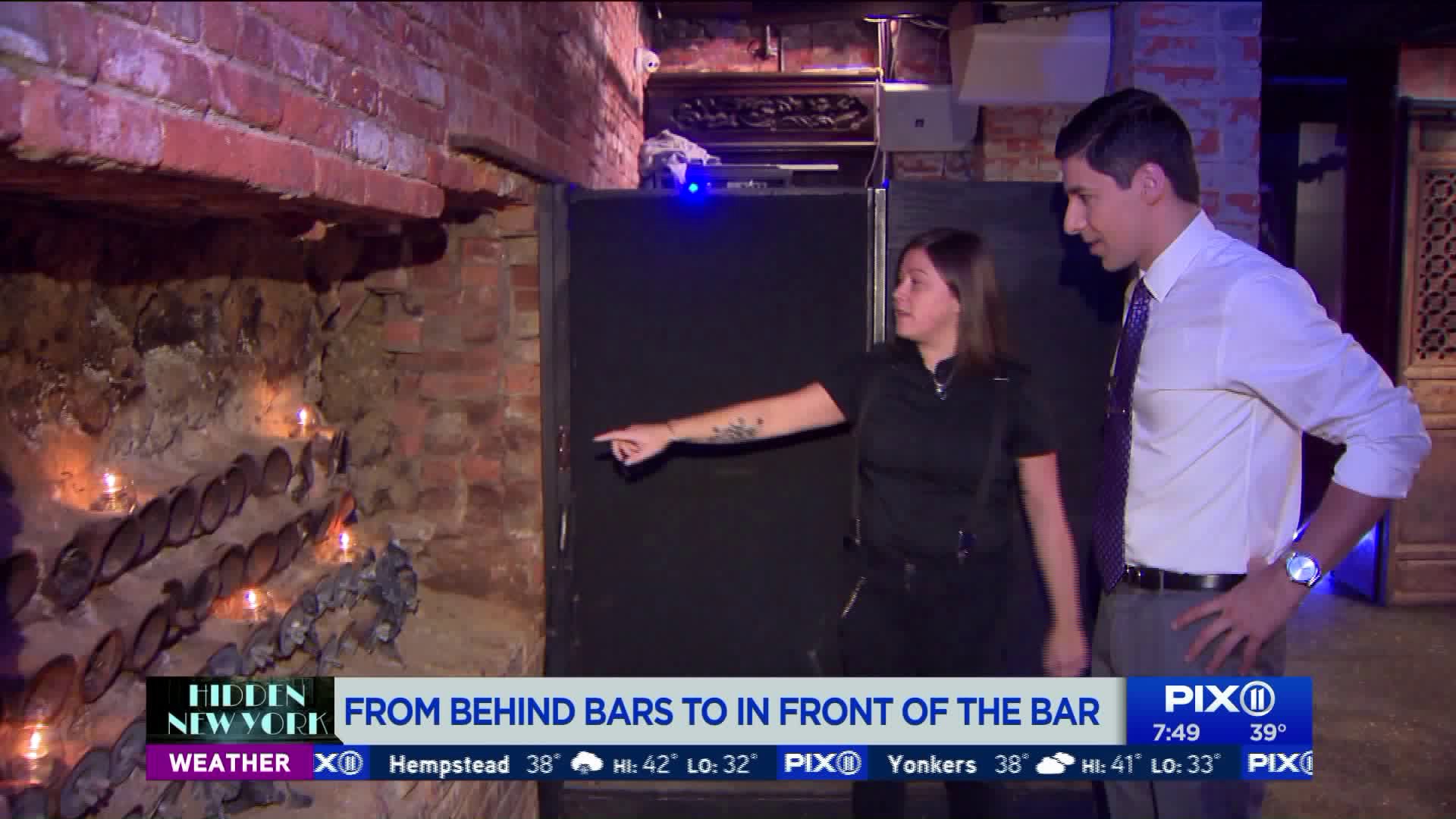 Miss Wong`s is located in a building dating back to the 1900s, and all that history is preserved. Enjoy a CBD drink that won`t get you high while you learn about an old jail, the first telecommunications center in the tri-state area and Miss. Wong herself the first Filipino pin-up to make it in America.

JERSEY CITY — Walking down Erie Street in Jersey City, you'll find Talde restaurant in the heart of town. They are home to what they call "inauthentic Asian cuisine."

"We have everything to Filipino, to Korean to some Indian influenced spices and dishes," says Zac Denham. "There is a little bit for everybody."

Let's go back a few years ago and dig into the archive when this space was actually one of Jersey City's police precincts. Today, it has been transformed into residential lofts and a restaurant. But, that's not all.

Tucked away behind the bar, is a door labeled "not an exit." Head through the door, down the stairs and you'll enter a bar called Miss. Wong's.

Michelle DeSantis is the beverage director at Miss. Wong's. When designing the space, she says she found evidence of the old police precinct.

"We kept this as the last standing jail, I didn't want to get rid of it," DeSantis says.

DeSantis says that isn't even the coolest part.

This building dates back to the early 1900s when telephone switchboard operators used to connect your calls using a system of tunnels. Those tunnels were built right into the foundation of the building.

"This is the first telecommunications center in the tri-state area," DeSantis says. "I was curious to see how long they went and they go all the way to Hoboken, where another building was receiving the calls."

So, now this space pays homage to a former jail, Miss. Wong and a telecommunications center with an eclectic mix of drinks.

Miss. Wong's is located at 8 Erie Street in Jersey City.