Vintage plane arrives at JFK, will be converted into retro cocktail lounge 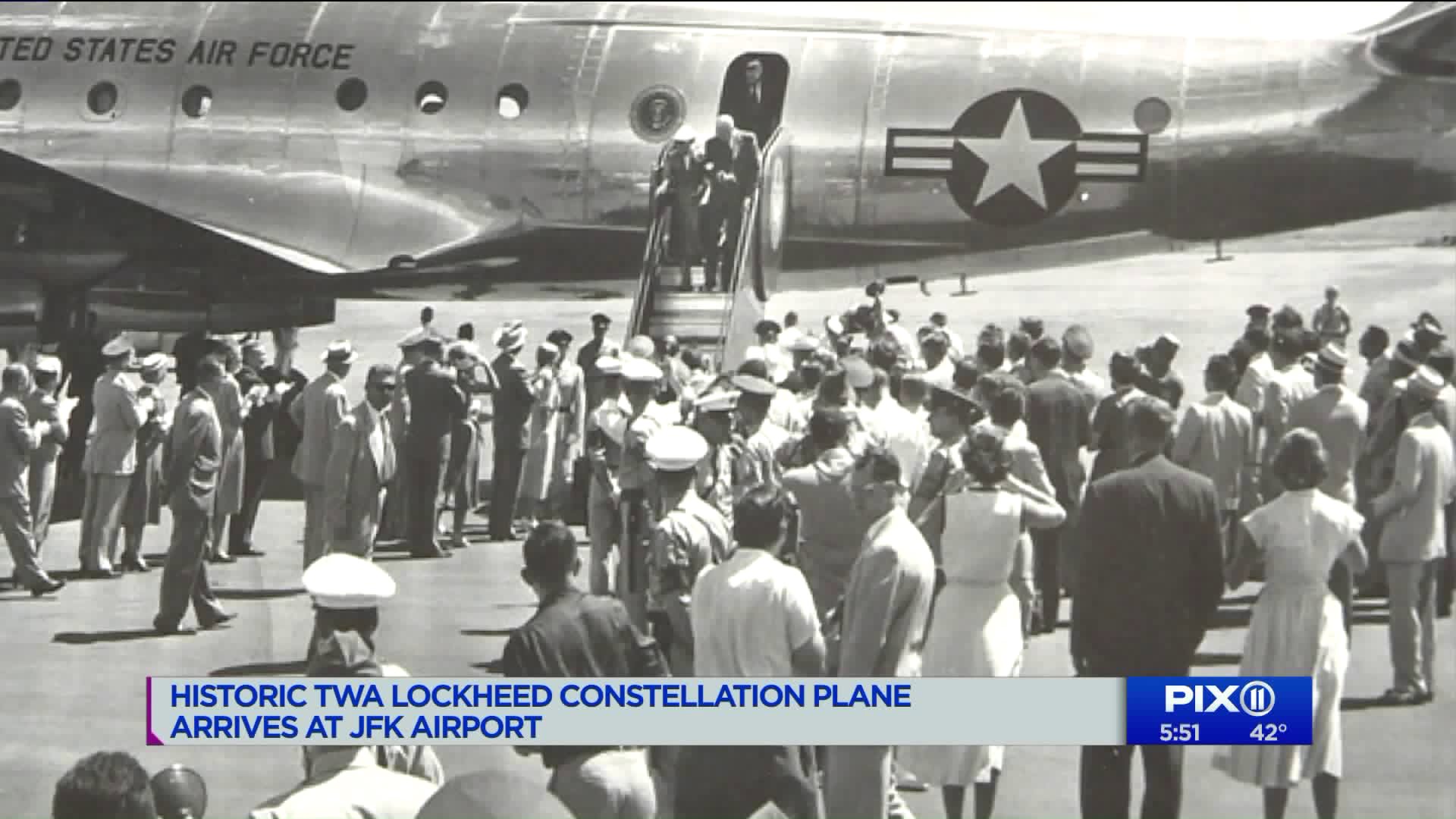 Commissioned in 1939, the "Connie" broke the era`s transcontinental speed record on a flight from California to New York in 1946. During the 50`s she served as Air Force One for President Eisenhower. But when jet engine`s knocked prop planes out of business, "Connie" had to find a new job.

When you head to the airport these days, you're forced to wait in long lines before cramming into small seats — and that's if you don't have to deal with delays and cancelations. But back in the 50's and 60's, traveling on a plane was a luxurious experience filled with adventure. Now developers are trying to bring some of that feel back to the airport by resurrecting a piece of the past.

Looking at the Lockheed Constellation plane today, you can almost see the historic flight path it traveled over the last 80 years.

Commissioned in 1939, the "Connie" broke the era's transcontinental speed record on a flight from California to New York in 1946. During the 50's she served as Air Force One for President Eisenhower. But when jet engine's knocked prop planes out of business, "Connie" had to find a new job.

"Our plane used to be an Alaskan bush pilot plane, and then was a drug running plane in the 1970's," said Tyler Morse. "Got stuck in Honduras. Was resurrected, sold for $150 dollars and brought back to Florida, then it was brought back to Maine, but it's been sitting in the same spot in Maine for almost 35 years."

Morse is the CEO of MCR, the company developing the new TWA Hotel at JFK airport. The hotel will be the first on the campus of JFK and pays homage to the historic TWA flight center.

"JFK was the first airport, the most significant major airport, when it was built, so we're playing catchup a little bit," Morse said.

But the story of TWA can't be told without the "Connie," so when Morse and his team found one of the four remaining planes available in Maine, they jumped at the chance to make it part of the hotel. The "Connie" has already been through a massive restoration and a major journey down I-95.

By spring she'll be converted into a retro cocktail lounge that will open with the hotel.

The tail of the plane and the propellers will be reattached once the Connie finds its final landing spot in front of Terminal 5. Morse says once you step on board it will be like you're stepping right back into 1962.

"Travel was an incredible experience, so we want that anticipation and our aircraft here is part of that theater," Morse said.

The only thing missing will be the cigarette smoke.