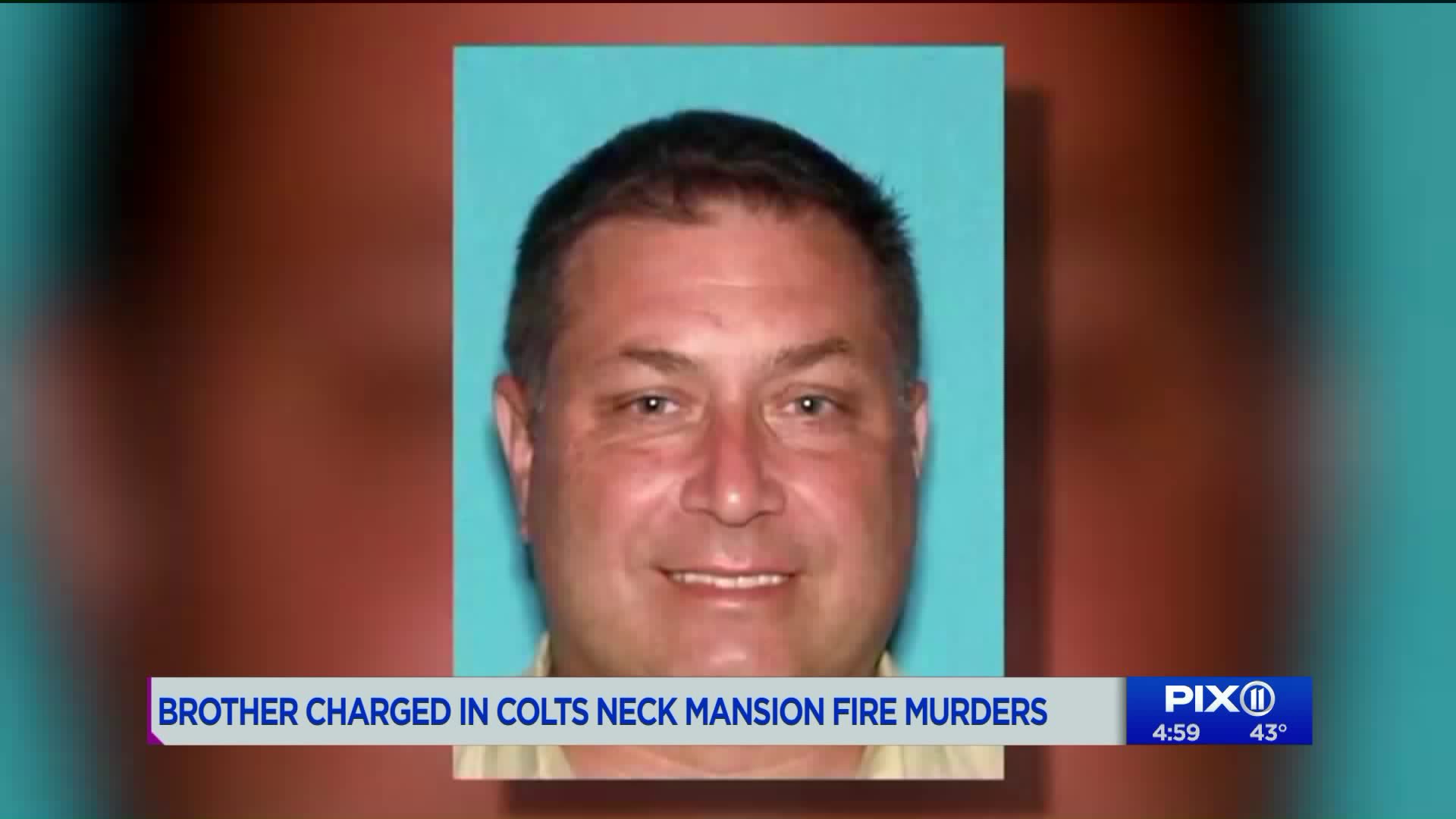 The suspect, Paul Caneiro, is also accused of setting his own Ocean Township home on fire with his family inside in an attempt to destroy evidence and create an illusion that the entire family was being targeted, the prosecutor said.

The suspect, Paul Caneiro, is also accused of setting his own Ocean Township home on fire with his family inside in an attempt to destroy evidence and create an illusion that the entire family was being targeted, the prosecutor said.

He has not entered a plea on the new charges, the records show.

Gramiccioni alleged that Paul Caneiro first shot and killed his younger brother and business partner, Keith Caneiro, outside Keith's mansion in Colts Neck on the early morning of November 20.

Paul Caneiro then shot and killed his brother's wife, Jennifer, then stabbed their children Jesse, 11, and Sophia, 8 inside the home, Gramiccioni said. Their bodies were found severely burned, and a medical examiner is still investigating the cause of death, Gramiccioni said.

After allegedly setting the mansion on fire, Paul Caneiro took documents from the crime scene and returned to his home and started another fire, prosecutors said.

The motive in the killings was financial, the prosecutor said, and stemmed from the brothers' joint business ventures out of Asbury Park, New Jersey. Because of that, investigators are also looking into the defendant's business dealings, Gramiccioni said.

Caneiro already faced an arson charge
Paul Caneiro was charged last week with one count of second-degree aggravated arson for allegedly trying to burn down his own Ocean Township house on November 20 while his family was inside. His family survived the fire.

"The fire at his home served two purposes," Gramiccioni said. "One was to destroy evidence that he retained and brought back from the Colts Neck crime scene, and the other was to create some type of a ruse or appearance that his larger overall family was somehow targeted."

Caneiro remains in jail on a charge of aggravated arson and was served Thursday morning with the new charges. He is set to have a hearing Friday morning at a Monmouth County court.

"My client maintains his innocence on this charge and any other potential charges," he told CNN on Saturday. "His family fully support his defense of this charge. He fully expects to be vindicated when this case finally resolves."

Gramiccioni said this was the most brutal case he had seen in his time as prosecutor. If New Jersey law allowed, he said, he would have charged this as a capital murder case.

The two brothers were business partners. Paul and Keith Caneiro are listed as the sole officers of a company that involved the sale and service of computers, New Jersey business records show.

The pair registered an Asbury Park-based company named Jay-Martin Systems that was doing business as "Square One," records dating to 2014 show. A 2007 filing indicates that Keith was the company's president.

The brothers were best friends who talked almost daily, Honecker told CNN, adding he had no reason to believe there was animosity between them.