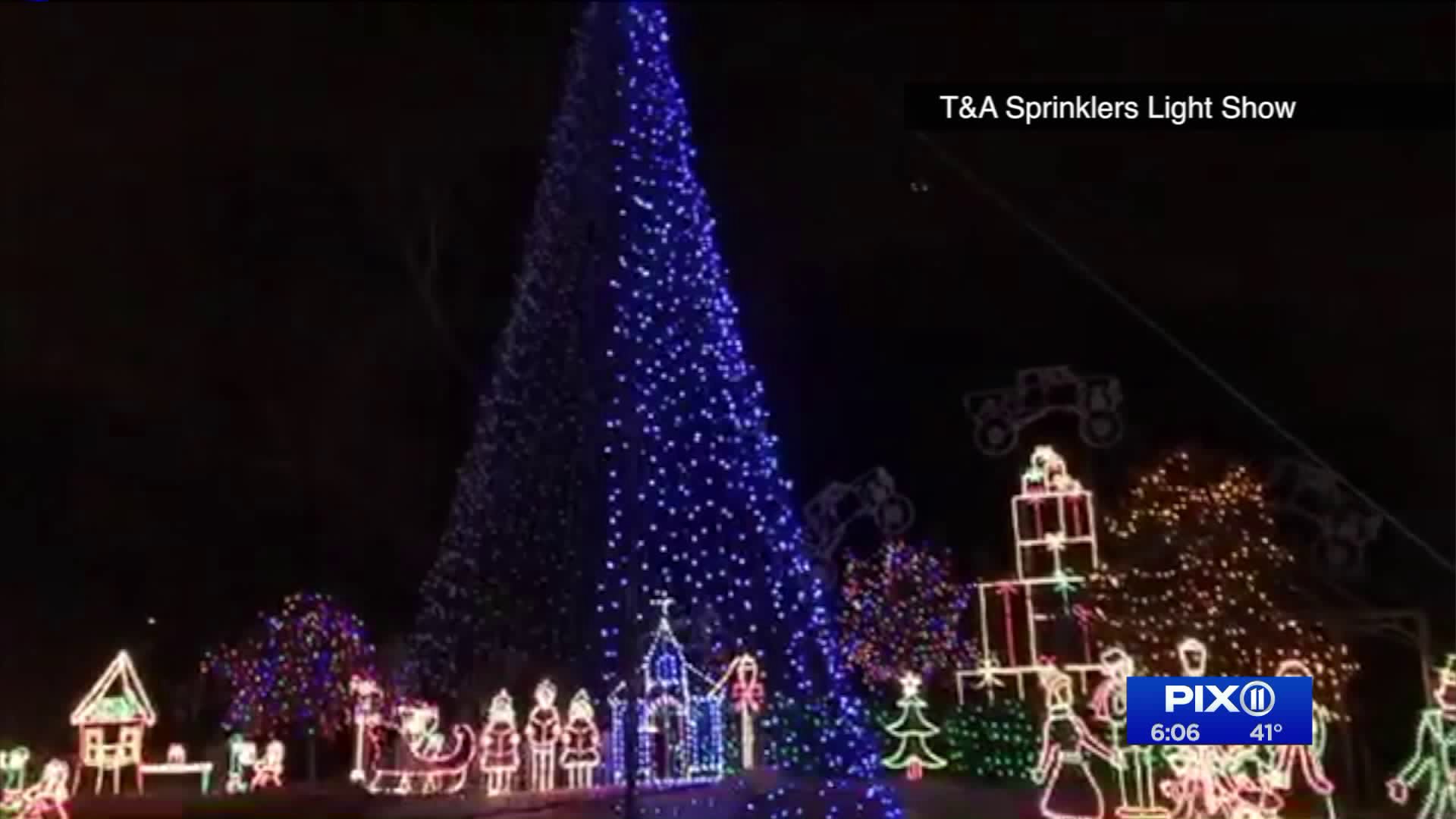 A Christmas light show in Old Bridge, New Jersey has been bringing families joy for more than 15 years, but now the family that puts it on says the town is trying to shut them down. The family says the town wants them to foot a $50,000 bill for police security at the show.

OLD BRIDGE, NJ - A Christmas light show in Old Bridge, New Jersey has been bringing families joy for more than 15 years, but now the family that puts it on says the town is trying to shut them down.

"We had a meeting with the Mayor and the Chief of Police the other night and they blatantly told us that this is what you will pay in order to put this Christmas light display on this year" said Kris Apruzzi.

"It's a little crowded, but its fine. It's festive, it's the holidays," said one neighbor, Erika Cavano. "This is what it's all about."

Cavano isn't the only neighbor who enjoys the display.

"We actually love it, my kids love it," said another neighbor, Marie Mooney.

It takes the Apruzzis two months to put up over 300,000 lights every year. The show is completely free to the thousands who come, and they do collect donations to support Homes for Our Troops, a charity that builds custom homes to accommodate disabled veterans.

"You know its just heartbreaking," said Tom Apruzzi. "You grew up in this town, we’d love to stay in this town, but it’s almost getting to the point where its like Old Bridge is forcing us out."

Regardless, the Apruzzis say the show will go on this year. It runs four days a week, Thursday through Sunday from 6 p.m. to 10 p.m.

"This is something that is a positive in the town. We should be embracing it," said Old Bridge Councilman Mark Razzoli.

Vowing to fight this, the Apruzzis say they’re going to fire up this light show Dec. 1.