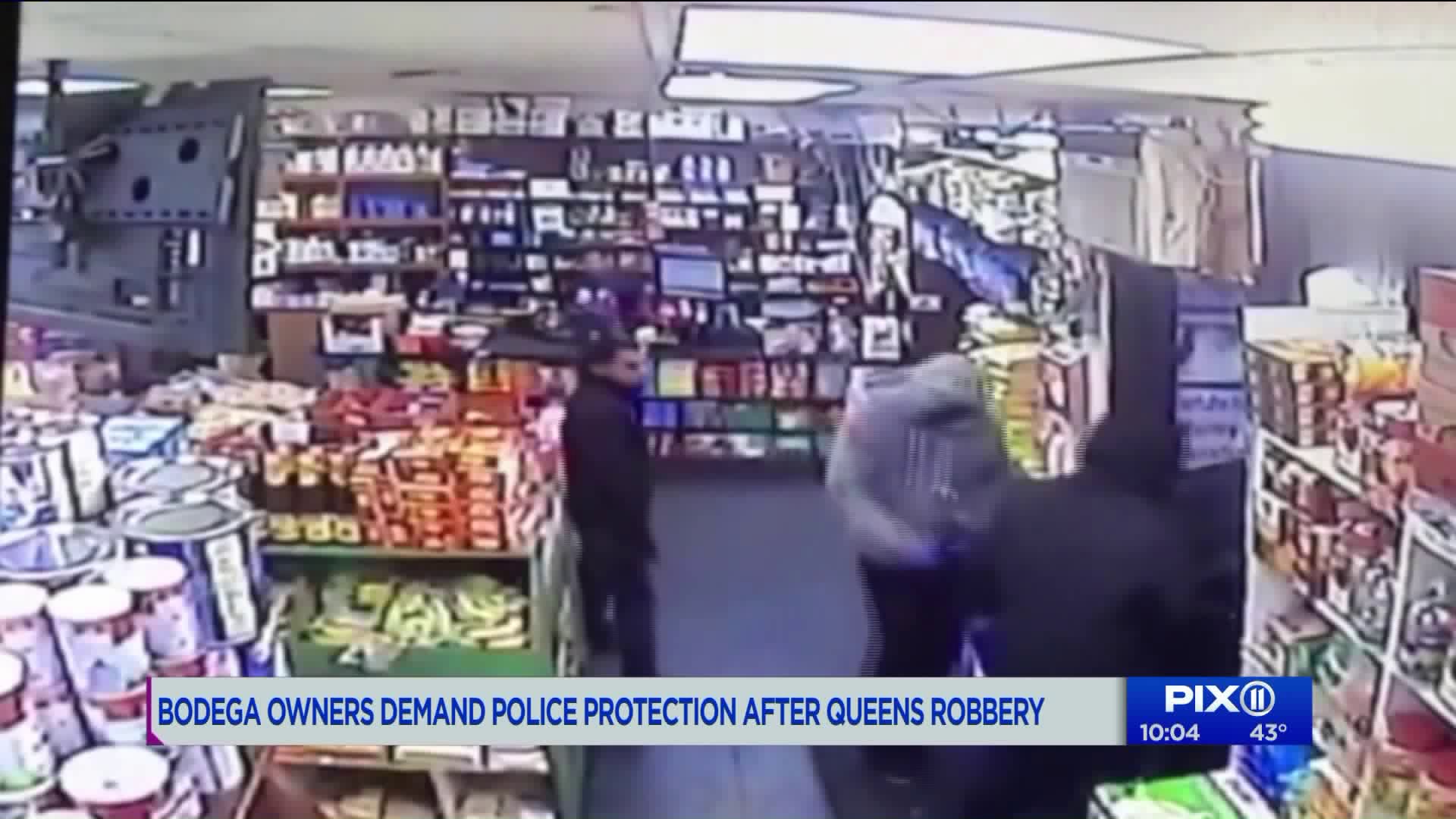 A man was shot while he chased down men who robbed a Queens bodega Saturday night. Police are looking for three men, with at least one of them carrying a firearm. All three men were last seen wearing dark clothing and masks.

ASTORIA, Queens – A man was shot while he chased down three men who robbed a Queens bodega Saturday night.

Three men entered a bodega along 36th Avenue in Astoria around 8:30 p.m., police said. Two of them pulled out guns while the other acted as a lookout.

They robbed the store, taking about $2,000 from the register, said cops.

According to police, when the alleged robbers left the store, a 30-year-old man chased after them.

One of them pulled out a gun and shot the man in the leg, said police. The men got into a waiting car and drove off.

The bodega worker was taken to the hospital for treatment for his injuries.

Police are looking for three men. They were all last seen wearing dark clothing and masks.