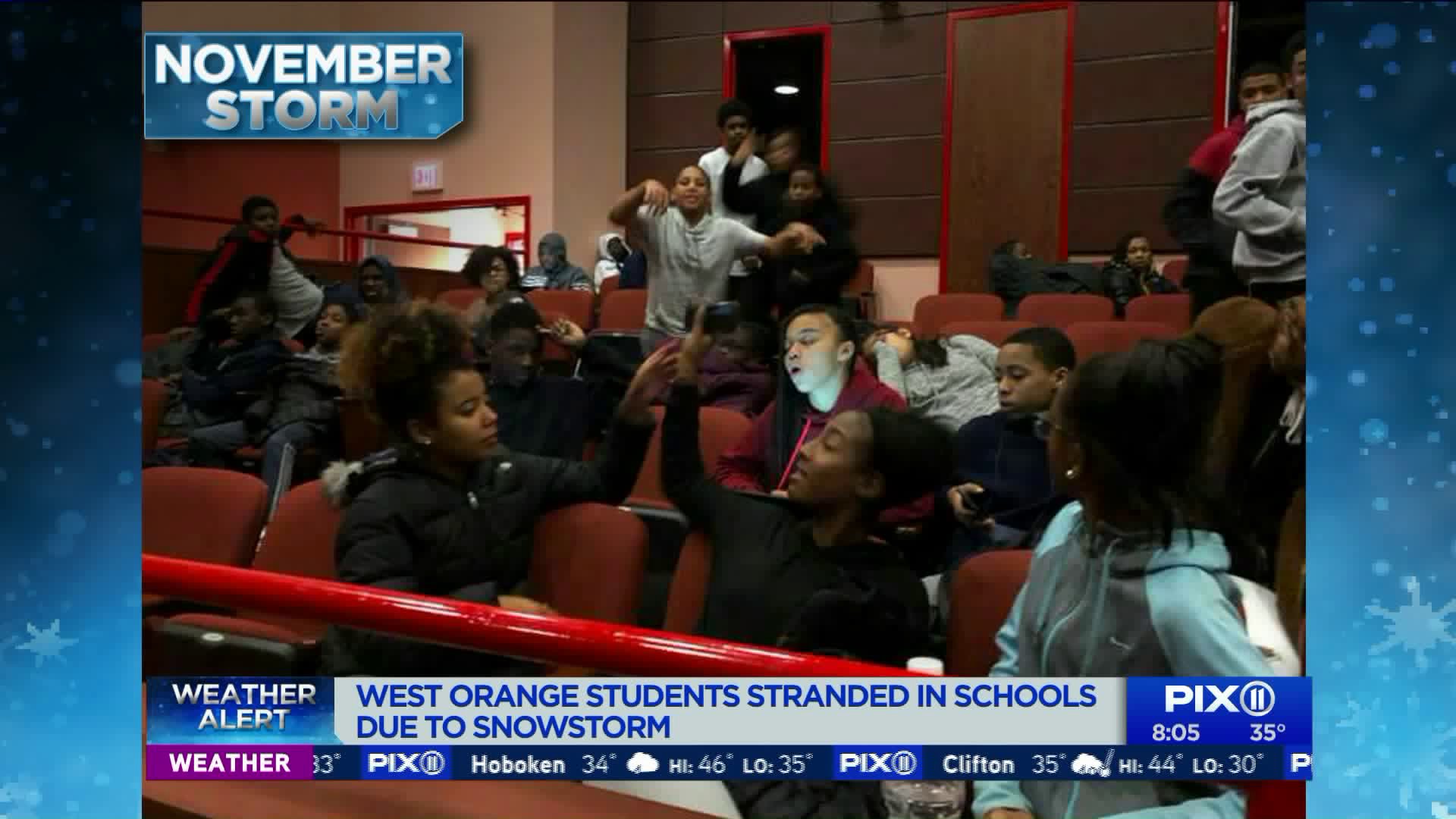 As the snowstorm left commuters frustrated and stuck in traffic, students in New Jersey were left stranded in the school.

School buses were unable to get to schools in West Orange, forcing the district to keep the children overnight into Friday.

More than 200 students in all slept at West Orange schools.

Liberty Middle School housed the most students, with about 25 teachers looking after about 100 students overnight.

The school’s principal kept the public updated with pictures and the latest information on their students, who were kept entertained and fed.

UPDATE...What a nor’easter ❄️ ⛄️ ....students at Liberty are fine, transitioned back to the auditorium for the movie “Frozen”, timely movie choice, staff serving water....some students looking to grab some zzzzzzzzzz.....@woschools pic.twitter.com/iAlsADVIYH

District officials hoped roads would be clear Friday morning so buses could return the students home, but snow began to fall again.

Police escorted students home who were not able to be picked up by their family, school officials said.

A handful of students remained at school as of 9 a.m.