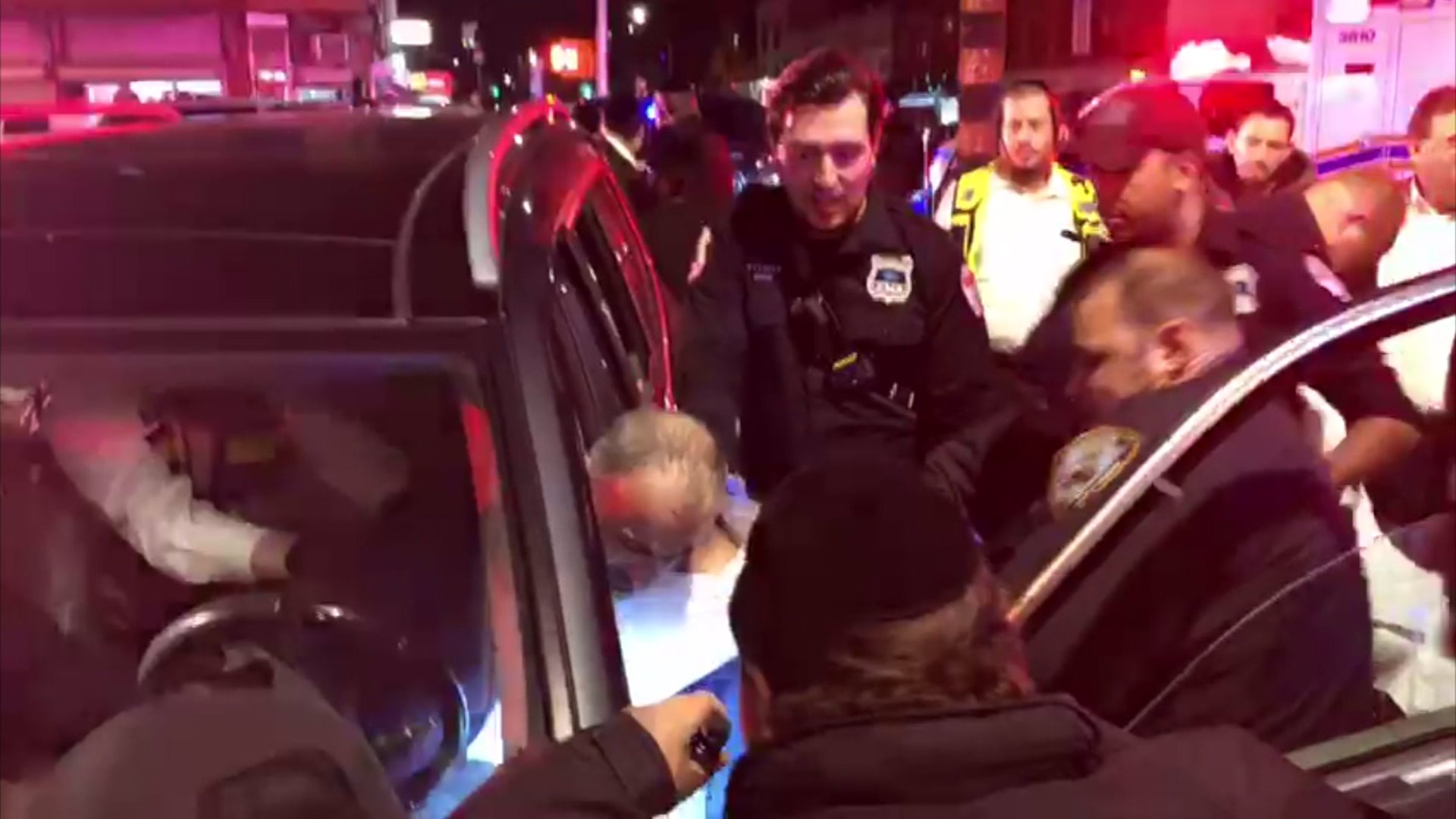 The actions of an NYPD officer are raising concerns after cellphone video surfaced showing an aggressive encounter between the officer and a taxi driver who suffered a medical episode and crashed into several cars in Brooklyn. 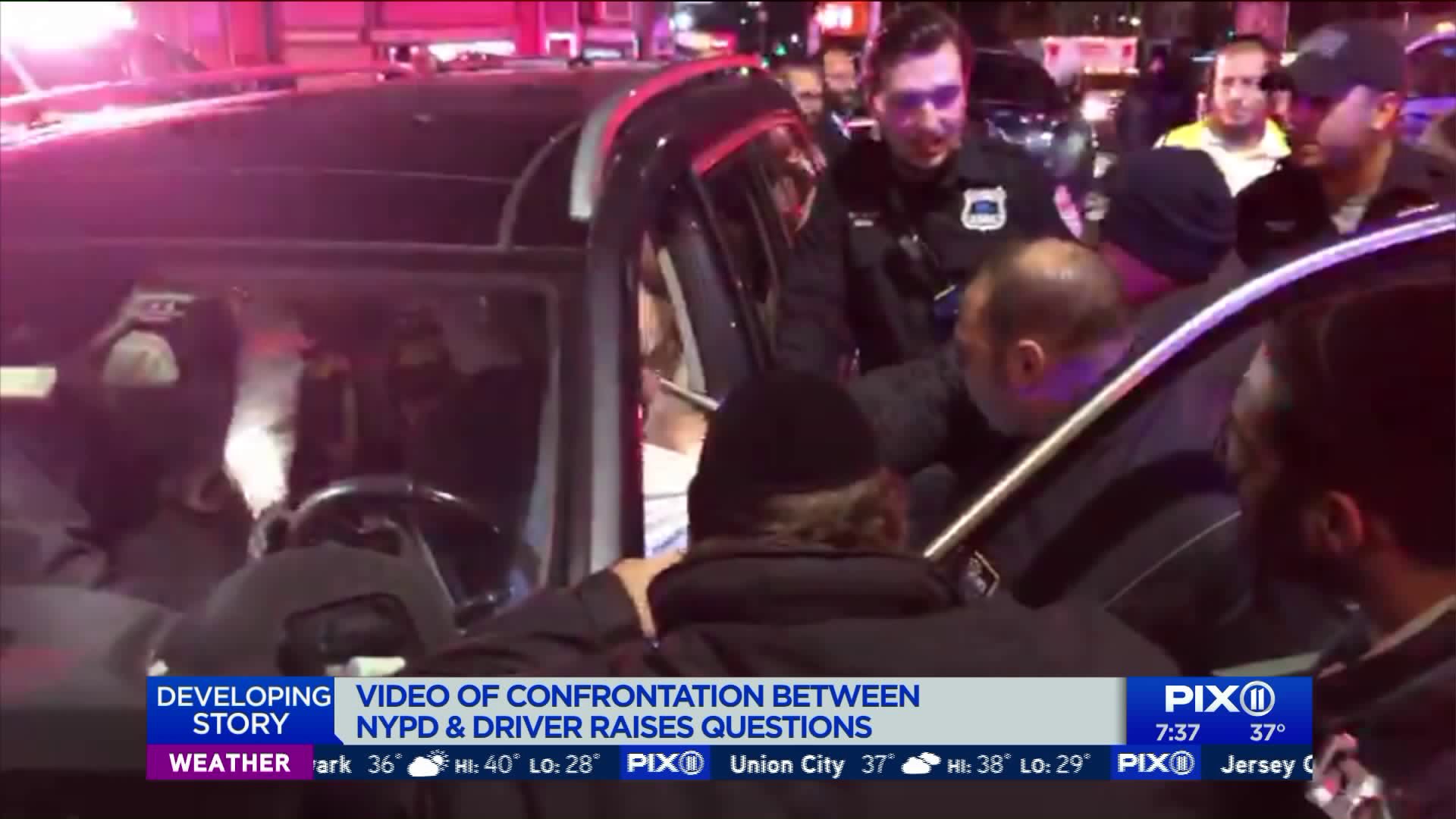 BOROUGH PARK, Brooklyn— The actions of an NYPD officer are  raising concerns after cellphone video surfaced showing an aggressive encounter between the officer and a taxi driver who suffered a medical episode and crashed into several cars  in Brooklyn.

On Tuesday around 7:30 p.m., a taxi operator crashed a Mercedes SUV  into several cars near East Second Street and Ditmas Avenue, police said.

The car continued traveling and crashed into more cars near 18th and McDonald avenues until it struck an elevated subway stanchion and came to a complete stop, police said.

When police responded to the scene, they gave the 74-year-old driver several commands to turn off the car and exit the vehicle, authorities said.

The driver did not comply, according to police.

Cellphone footage captured the moment an officer began hurling unsavory language at the driver and then attempted to physically remove him from the car.

In the video, the NYPD officer can be heard yelling, "You stop, then you stop. You stop. Sir, f—ing touch me, I swear to God I will f--- you up."

Witnesses captured the cellphone video of the 74-year-old taxi driver being physically pulled from his SUV by an officer from the 66th precinct.

As the confrontation escalated, several of the driver's friends appeared on scene and told officers that the driver had taken heart medication, which left him disoriented, police said.

Police confirmed to PIX11 that the driver had, indeed, suffered a medical emergency.

In the cellphone video, you can see the driver seemingly dazed and apparently non-combative behind the wheel as an EMT personnel tries to de-escalate the confrontation.

"Guys hang on, hang on. Don't hurt him. We're on film," an EMT could be heard saying to the officer in question.

Despite the plea of the EMT, the police officer continued his profanity-laced tirade saying , "Get out of the f---ing car! I don't give a f---. Get out of the f—ing car!"

The driver, uninjured, was transported to the hospital.

The driver will face no criminality due to the medical episode.

Wednesday afternoon, NYPD Chief of Detectives Dermot Shea said the department holds its officers to the highest standards and the actions of the officer is under review.  Investigators continue to review all video associated with the incident.

NY State Assemblyman Dov Hikind tweeted, "I'm beyond outraged that anyone from NY's Finest could be so unprofessional! What kind of training do police officers receive to deal with a situation like this? The man behind the wheel is not an animal & shouldn't be treated like one!"