Who helps NYC’s many needy kids afford basics of schools? Teachers, and here’s how you can help 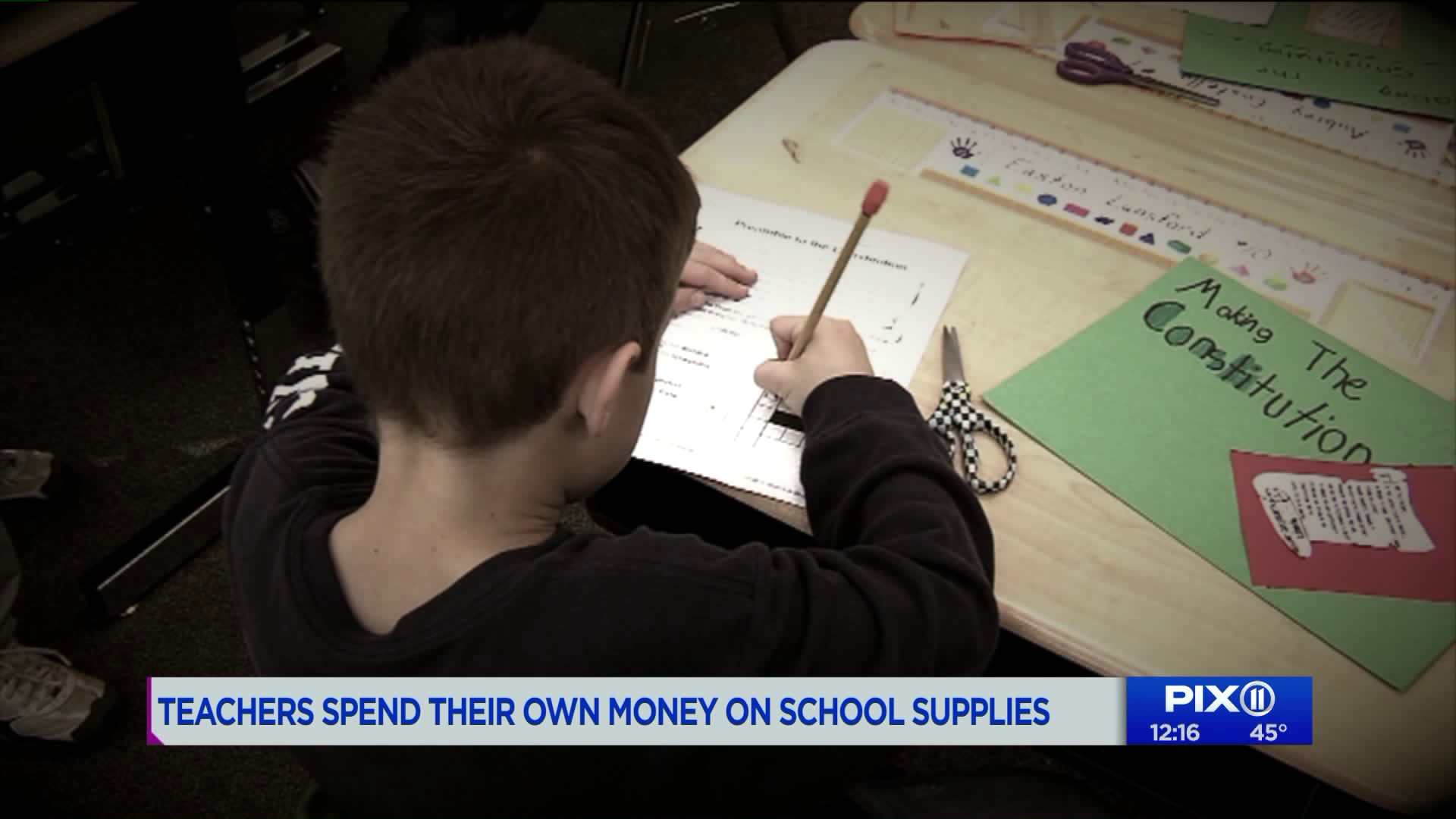 New York is one of the most expensive cities in the world, but 10 percent of its public school students are homeless. More than 20 percent live below the poverty line, and at some schools, the rate is far higher. That leaves many students` families without the ability to provide some of the children`s most basic needs.

BAY RIDGE, Brooklyn— New York is one of the most expensive cities in the world, but 10 percent of its public school students are homeless. More than 20 percent live below the poverty line, and at some schools, the rate is far higher. That leaves many students' families without the ability to provide some of the children's most basic needs.

Teachers and the schools themselves are often left to fill that gap themselves.

"We have to beg," said Carol Heeraman, principal at PS-IS 30 in Bay Ridge, Brooklyn.

She couldn't hide her tears when asked what some of the needs are of students she has taught over her 18-year New York public school career.

"I'm talking about kids coming in the same clothes every day," she said, her eyes bloodshot from crying. "Kids who were very deprived, or molested, or going through adult issues."

Those conditions were at the previous school where she'd taught, in Fordham Heights, the Bronx, but there are problems for children system-wide, she said.

"What's missing, aside from [being able to give a child] a pencil, a pen, a notebook," Heeraman said in an interview, is that "teachers have to wear so many hats at the end of the day."

The many demands on teachers are helped, though, if their students have pencils, pens and notebooks. Ensuring that they have even that can be a challenge, as one teacher pointed out.

"I'll exhaust all the funds that I have," said PS-IS 30 kindergarten teacher Lauren Sanchez. "Then I dip into my own [money]."

Sanchez gets generous private donations for her classroom, plus about $250 from funding provided by her school. Still, though, with three-fourths of Sanchez's students considered low-income, she ends up having to spend some of her own funds to make sure the children's needs are met.

A lot school funding comes from the work of principals, like Heeraman, or like Kate Burch, principal and founder of Harvest Collegiate High School, in the West Village.

"To do what we want to do, we have to raise significant money, about a half million dollars from different sources," Burch said.

Some of those types of funds that schools like hers are able to procure come from foundations, some from private corporations or individuals who want to help and the money comes from other sources as well.

A wide-ranging contributor, according to a majority of the people interviewed for this article, is DonorsChoose.

It's a nonprofit started by former Bronx high school teacher Charles Best. Over its 18-year history, DonorsChoose has gotten donors to give $760 million to buy items for classroom needs nationwide, ranging from crayons and construction paper, to smart boards and computers.

The charity solicits proposals from teachers seeking to have their classroom needs filled. Those projects and their their requirements are listed on the DonorsChoose website, and donors can choose which projects to fund, through whatever size payment the donor wishes to give.

DonorsChoose buys the supplies for which donations were made. It then delivers the materials to teachers. Every dollar is accounted for, and no money is ever given to teachers.

Despite its fundraising success and its ability to acquire supplies, DonorsChoose's founder said that there's a stark reality in every school, nationwide.

"There are still teachers, even some who've gotten projects funded through us, who will go into their pockets tonight to get the copy paper they need for the students," said Charles Best.

In addition to DonorsChoose, almost every school in the city has a program in which anyone can lend support. Program information for each of the city's more than 1,800 schools can be found here.