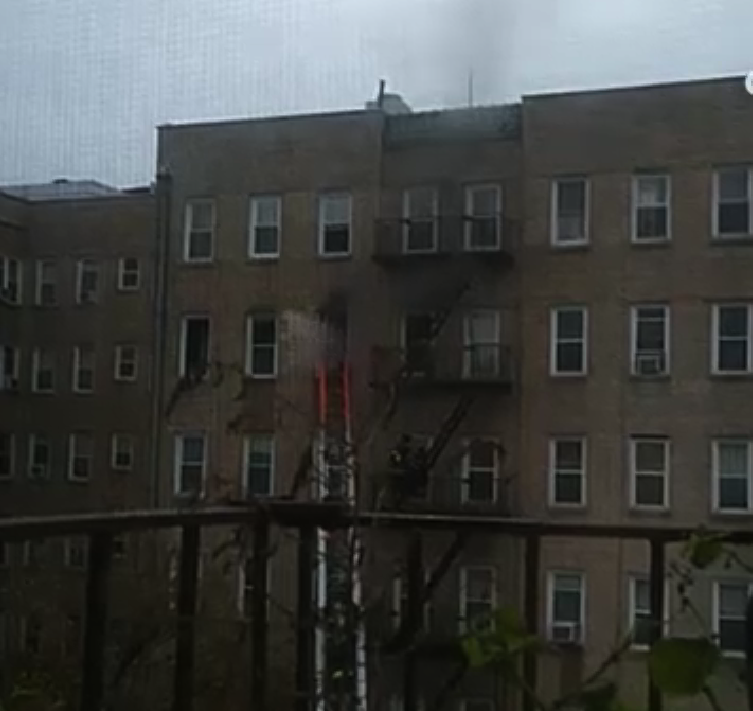 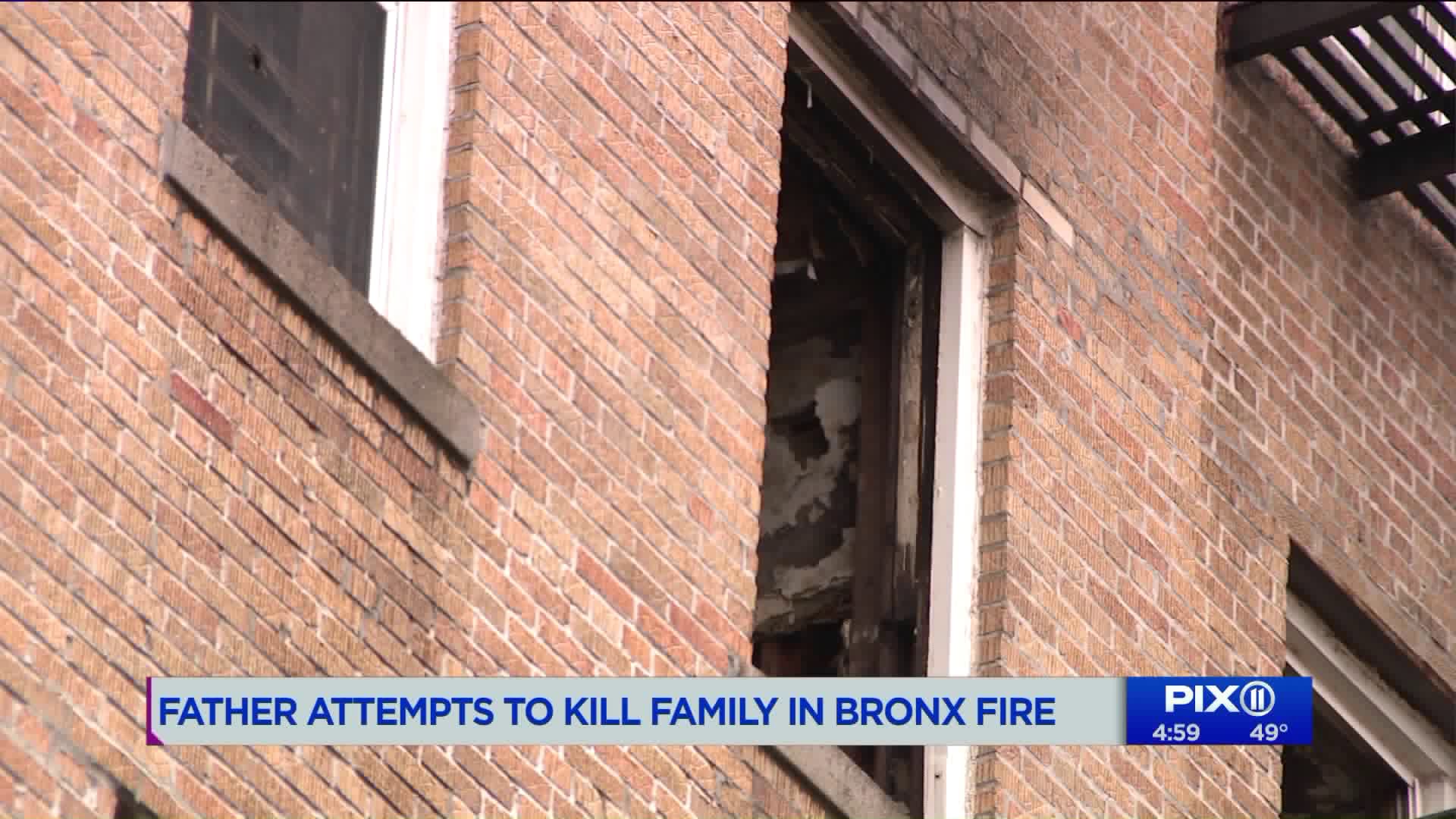 WAKEFIELD, the Bronx — A man is in custody after police say he attempted to kill his entire family by pouring hot oil on them and setting their Bronx home on fire Friday morning.

The FDNY responded to the fast-moving fire at an apartment building near the intersection of East 236 Street and Furman Avenue just after 10:30 a.m.

When they arrived, they found several family members suffering from burns to their bodies, police said.

Police say the 41-year-old man got into a argument with his 19-year-old daughter and threw poured the hot oil on her. She was holding her 2-month-old son. Both sustained burns. The man also threw oil on his 18-year-old son.

The man then ran to another part of the fifth-floor apartment and threw hot oil on his mother, who is in her 60s, and his 87-year-old grandmother.

He set a couch to fire and used it to trap the family inside, police said.

His daughter, son and grandson were able to escape the fire and were rescued by neighbors who described their skin as burning off.

"[The baby] His back is burned from his neck, down," one neighbor said through tears.

The man attempted to flee, but was taken down by neighbors and held until police arrive.

The mother and grandmother were rescued from the residence and all were transported to the hospital where they are in stable condition.

The man was taken into custody, police said.

The man's son told PIX11's Nicole Johnson that his father was down on his luck and could not find a job.