Controversial or creative? City battle over checkered sidewalk in Brooklyn 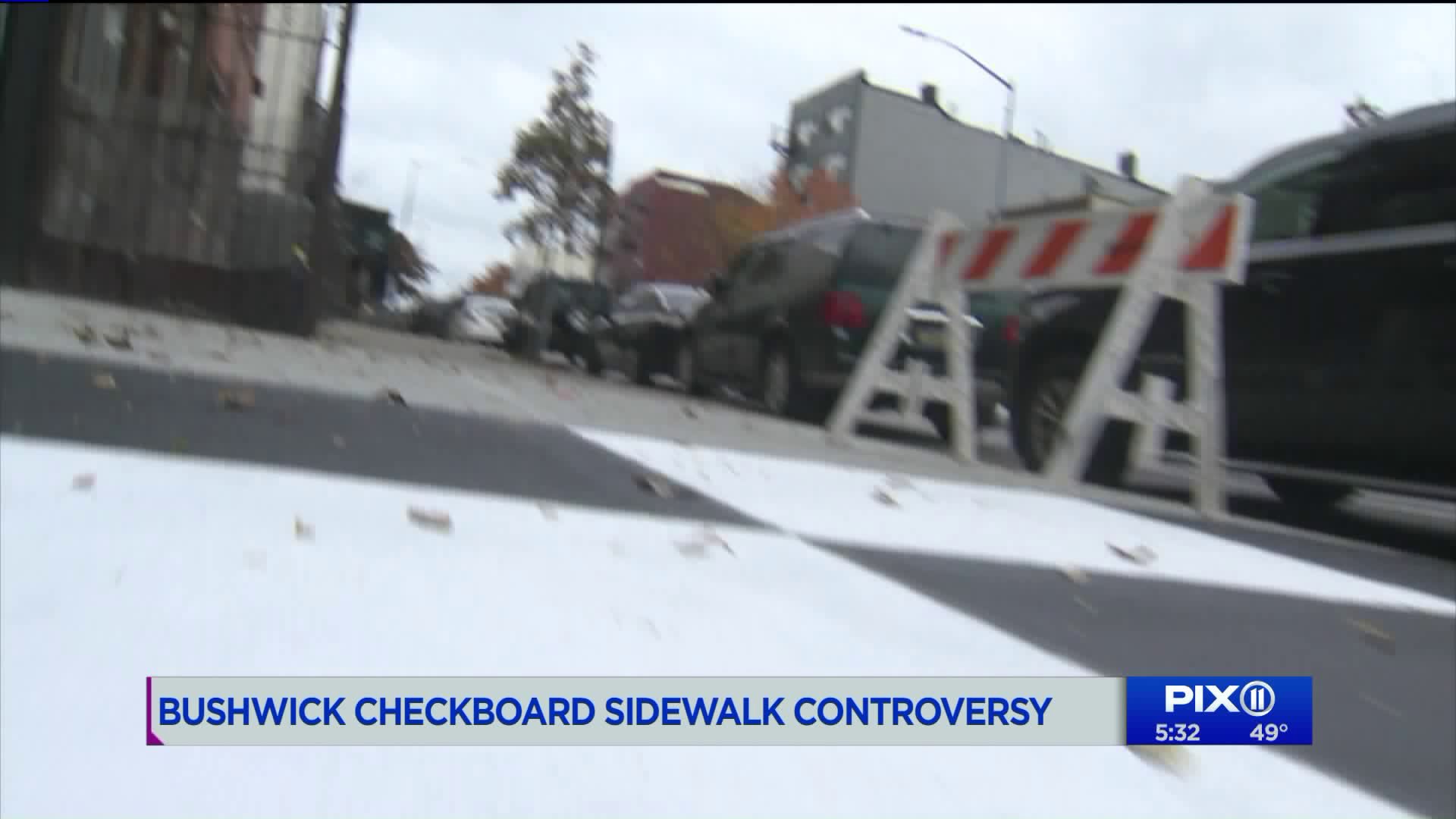 Because the boutique owner says this checkerboard sidewalk makes people happy, the Risk creator is hoping to start a petition drive to make the painting of the sidewalk permanent.

Is it an eyesore or do you want to see more?

The black-and-white checkerboard pattern painted onto a Bushwick sidewalk at Central Avenue and Stockholm Street had at least one neighbor seeing red so he complained to the New York City Department of Transportation about what turned out to be an illegal paint job.

“They said, ‘you know that’s illegal?’ And I said why is it illegal?” Lindsay Risk, owner of Risk Gallery Boutique told PIX11 News.

Risk is the owner and creator of a whimsical playground of a vintage and new clothing store opening next Tuesday called Risk Gallery Boutique which appears to be reminiscent of a Tom Petty video.

Three years ago, she painted a similar black and white sidewalk outside her previous Bushwick store on Varet Street, with no complaints in all that time.

“Kids love it, adults love it,” Risk told PIX11. “People hopscotch on it. It’s a positive thing and I don’t know why there’s a fine."

Risk says she planning to pay the $250 fine and most of her neighbors seem to approve of her sidewalk artwork, even though the city has given her 30 days to restore the sidewalk to its previous condition.

“It reminds me of Alice In Wonderland,” Yesenia Ortega, a resident in nearby Queens, told PIX11. “It’s like you are in a cartoon."

“It’s for art, which is good and it’s beautiful,” Noy Dori, a neighbor, told PIX11 News.

Risk is hoping to start a petition drive to make the painting of the sidewalk permanent.