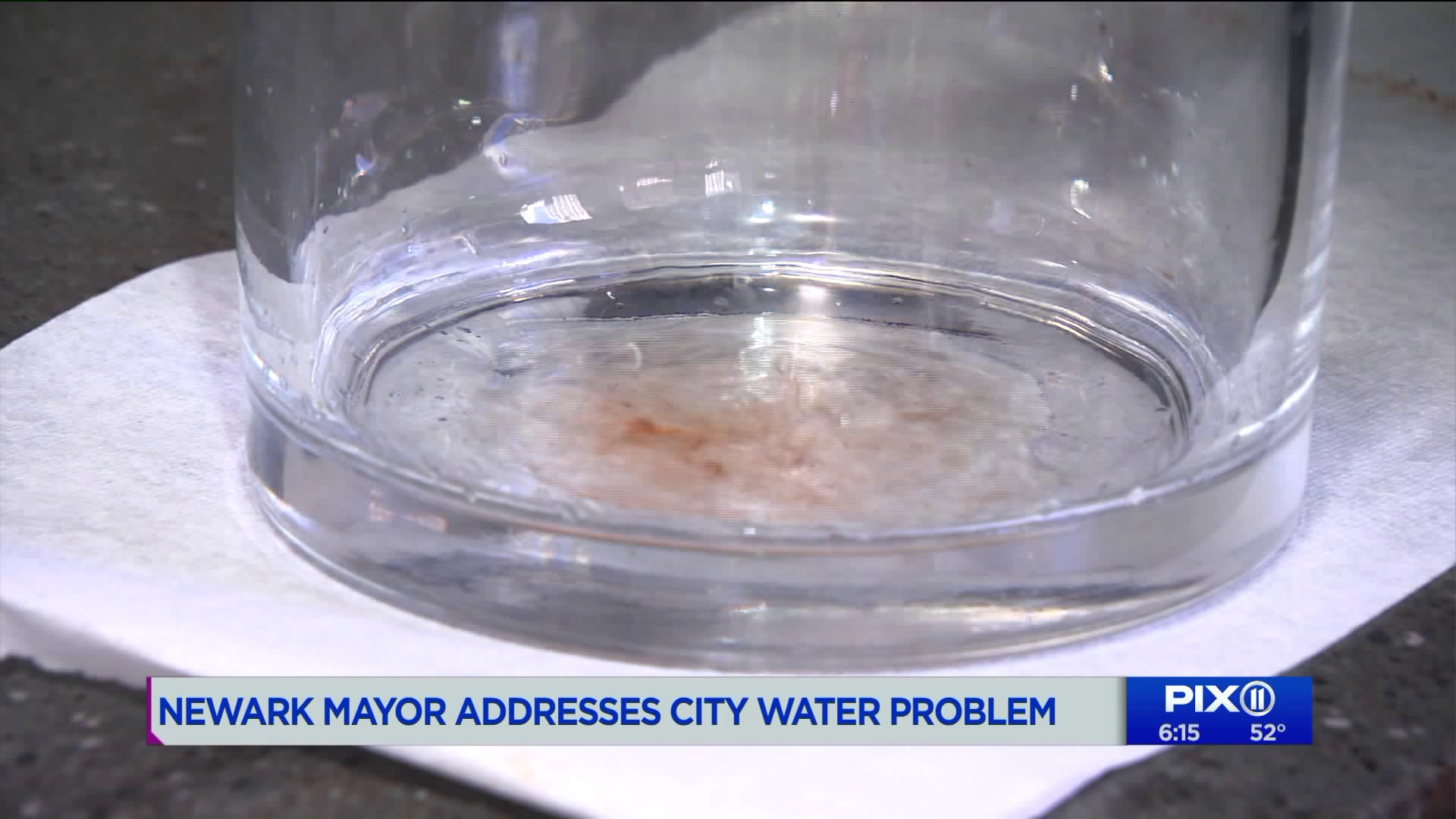 Newark Mayor Ras Baraka said his administration is taking multiple steps to address the high levels caused by aging lead service lines that serve private residences, some of which are more than 100 years old.

NEWARK, N.J. — The mayor of New Jersey's largest city denounced comparisons Thursday between high lead levels affecting as many as 18,000 residences and the recent crisis in Flint, Michigan, as the city faces a long and costly cleanup and replacement effort.

Newark Mayor Ras Baraka said his administration is taking multiple steps to address the high levels caused by aging lead service lines that serve private residences, some of which are more than 100 years old.

Newark's current plight dates back to a 2016 finding that lead had tainted water in city schools. Since then, the city has been found on three separate occasions to have elevated lead levels in its residential water supply.

The problems drew additional attention in June when the National Resources Defense Council and an association of city educators claimed in a federal lawsuit that the city hadn't been adequately monitoring and testing a water system that contained what it termed "dangerously high" lead levels.

The publicity generated by the suit spurred comparisons to Flint, where water was found to have elevated lead levels in 2014 and 2015 despite officials' insistence the water was safe.

Some state health officials in Michigan have been charged criminally in connection with an outbreak of Legionnaires' disease in the Flint area that some experts believe resulted from poorly treated water.

Baraka called the comparisons "B.S." and "a lie."

"I know it sounds sexy and it's something you can put on the front page, but that's not what happened here," he said Thursday. "In Flint they purposely did not put a corrosion control inhibitor in their water. Ours stopped working. That's a marked and clear difference.

"What they did was purposeful and deliberate, to save money," he added. "Our corrosion control inhibitor stopped working; we found out it stopped working and we did something about it."

Replacing the lead service lines is expected to cost roughly $70 million and take several years, and is complicated by questions over how much, if anything, residents should be forced to pay since the lines are the property of the homeowners. Baraka estimated the total cost at roughly several thousand dollars per home.

That prospect wasn't sitting well with homeowner Deborah Stokes, who called the water quality in her home "disgusting,"

"We pay taxes here," she said. "Why should we have to pay more? Bottom line, it's not our fault the system rusted out."