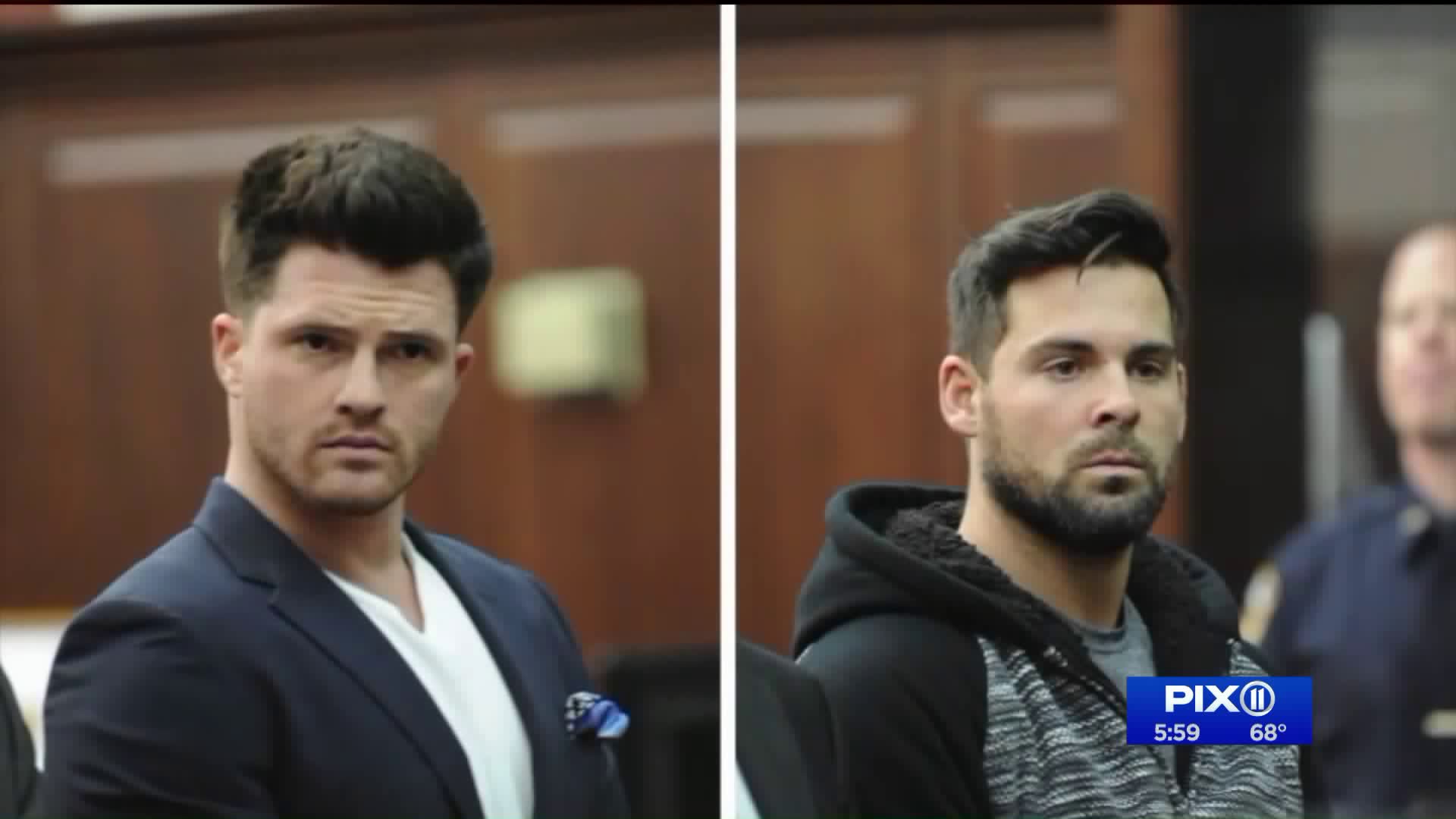 James Rackover, 27, of Manhattan, was found guilty of second-degree murder, concealing a human corpse and tampering with evidence.

NEW YORK — A man accused of brutally stabbing a Connecticut man at a party inside a Manhattan luxury apartment building and then burying his body in a shallow grave has been found guilty Friday on all charges following a trial.

James Rackover, 27, of Manhattan, was found guilty of second-degree murder, concealing a human corpse and tampering with evidence.

Rackover is the first suspect to be convicted in the murder of 26-year-old Joey Comunale. He is expected to be sentenced on Dec. 5.

Rackover and Lawrence Dilione, of Jersey City,  are accused of fatally stabbing the Hofstra graduate in November 2016.

Authorities say Comunale was in Manhattan Saturday, Nov. 13, to party with friends. After a chance encounter at the club, he was invited to Rackover's East 59th Street apartment where the night took a deadly turn.

Comunale was stabbed 15 times in the chest following an argument, authorities say.

The two tried to dismember Comunale's body, pushed it out a window, stuffed it into a suitcase and then drove it to Oceanport, New Jersey where they set it on fire and buried it in a makeshift grave.

"A very disturbing crime scene a shallow grave with Comunale stabbed 15 times in the chest and there is an effort to burn to his body," NYPD Chief of Detectives Robert Boyce said.

Rackover, who was born James Beaudoin, was in and out of jail while living in Florida. He moved to New York for a new life and a new name. He met Jeffrey Rackover – a prominent East Side jeweler, who became a father-figure and funded his lavish lifestyle.

A third person, 26-year-old Max Gemma, of Oceanport, New Jersey, has been charged with hindering prosecution and tampering with evidence.