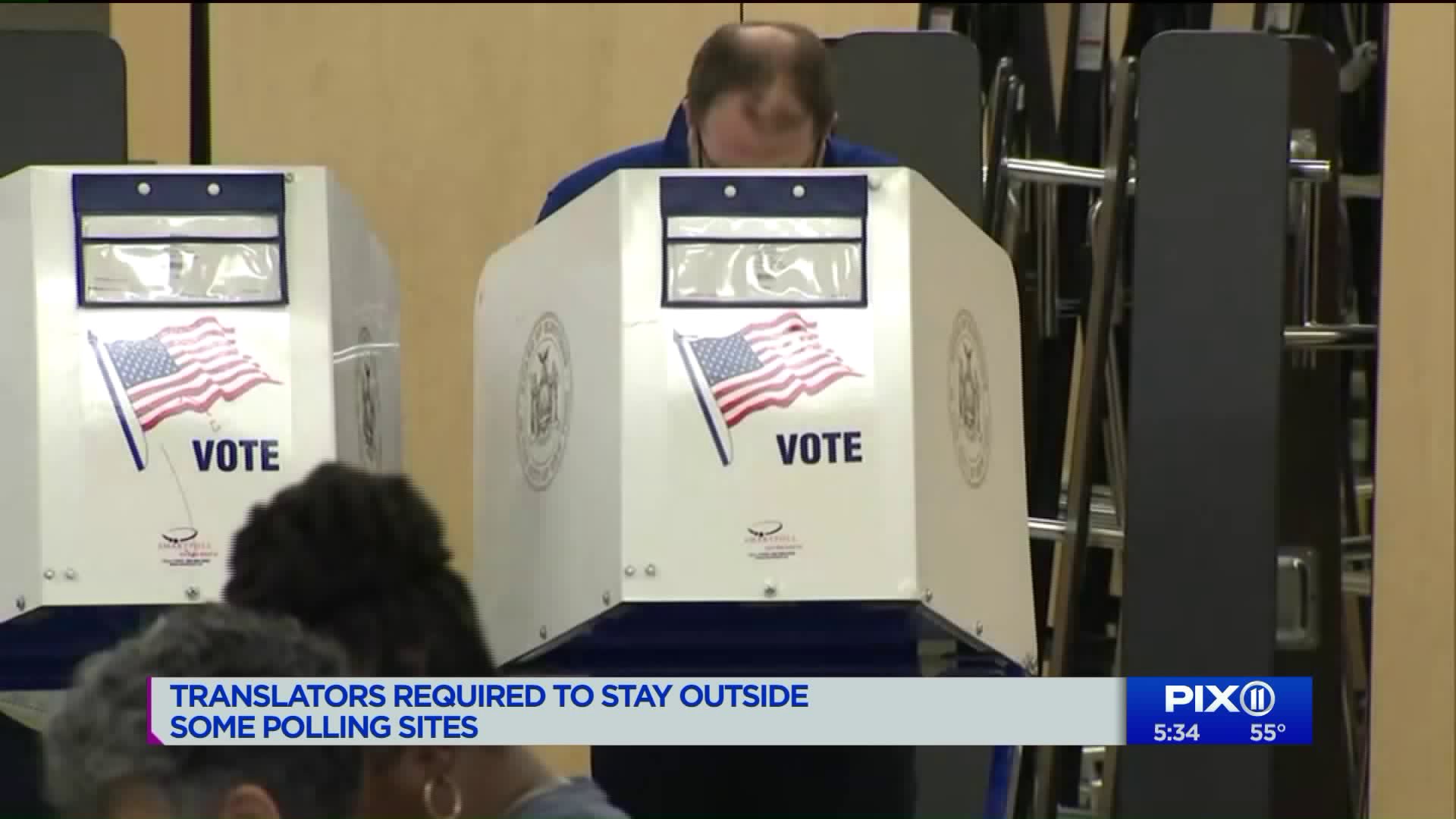 NEW YORK -- As voters get ready to head to the polls next week, translators will be available for New Yorkers who need assistance. However, some voters are going to have look hard to find them. That's because some are required to stay outside the polling sites unless invited in by a voter.

"This is a separate and unequal system that the BOE has created because they have chosen to create this system," said City Councilman Mark Treyger.

Treyger represents thousands of immigrant New Yorkers in his district in Southern Brooklyn. Many of them speak Russian as a native language, but the Board of Elections isn't required to provide Russian translation services. Many times that leads to big problems when his constituents try to vote.

"I have seen first hand, people turned away at poll sites because no one would tell them if they were in the right place," Treyger said. "The information desks do not represent the languages spoken in our district."

At Treyger's urging, last year the city started a pilot program to provide Russian and Haitian Creole translators at 20 polling locations. That was in addition to the required Spanish, Chinese, and other language translations the BOE is required to provide. This year, the program is expanding to almost 100 polling locations, but translators will be forced to wait outside more than 100 feet away from the sites, unless they're invited in by a registered voter.

"This is a twisted interpretation the Board of Elections has to place the interpreters 100 feet away from the polling locations as if they're electioneering," Tregyer said. "This is not electioneering, this is called empowering people to help them with information."

We reached out to the Board of Elections, but they declined to comment for our story. Now, with election day just a week away the city councilman is calling on the mayor, governor, and Board of Elections to come up with a solution so all immigrants know the translation services are available.

"And especially when I hear politicians say that this is an immigrant city, that we welcome all people. Well, welcome them at the polls as well."

Tryeger says it's the only way to make sure every vote counts.