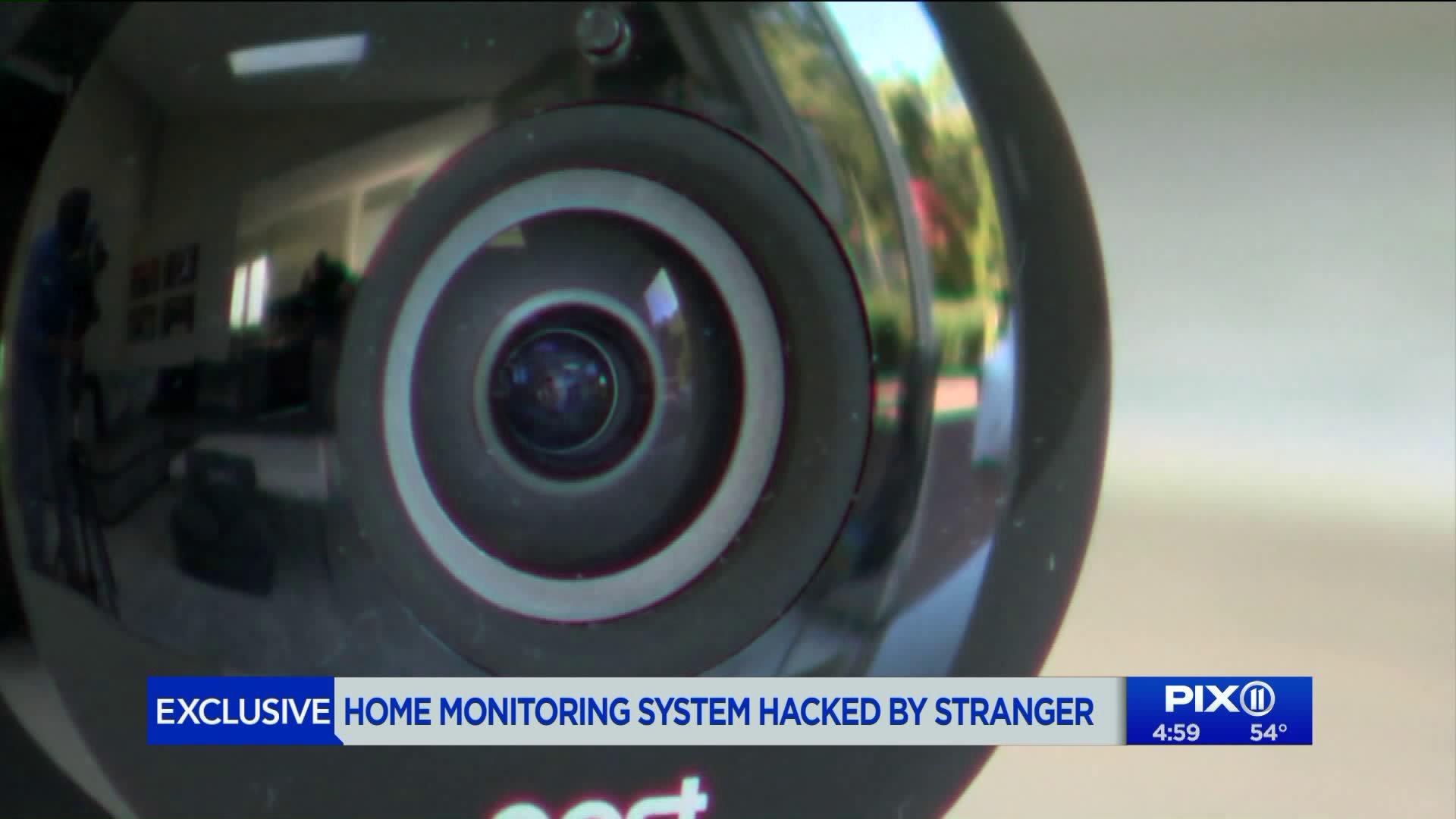 The family realized what was happening after the voice of a stranger came out. The stranger talked to a 5-year-old boy and asked him questions about his life.

Nest ads will show you beautiful images of mother nature captured on their outdoor cameras, life’s silly moments and even those moments when your child is up to no good.  But for this Long Island mother, the Nest cam she and her husband set up around their home to act as a nanny cam became a full on nightmare.

“My son came running out of the playroom and found me in the kitchen and said 'it’s not daddy talking to me. It’s not daddy.'”

Nearly every day, after school, this mother, who asked PIX11 to hide her identity, said her 5-year-old son chats with her husband through the Nest cam, a home monitoring system users can connect through their cell phones.  This time, however, it was a complete stranger on the other end.

“He asked my son if he took the school bus home and he was asking him about the toys he was playing with and when my son said 'mommy, mommy,' he told him to shut up,” she recalled.

When she walked into her child’s playroom, the ominous voice addressed her directly.

Now she’s frightened and wonders how long a complete stranger was watching her family. Since this frightening violation, this mother called police, who, while sympathetic, said there was little they could do.

As for Nest?  She was simply told to change her password and switch to a two-factor verification when logging on, but for this mom it’s not enough. It's she wants to speak out to warn others about this potential danger lurking in their home.

A Nest spokesperson responded to our request for comment and issued this statement:

"We have seen instances where a small number of Nest customers have re-used passwords that were previously exposed through breaches on other websites, and made public. None of these breaches involved Nest. This exposes these customers to other people using the credentials to log into their Nest account. We are proactively alerting affected customers to reset their passwords and set up two-factor authentication, which adds another layer of account security. Customers can reach out to Nest customer support with questions or report anything suspicious to security@nest.com."