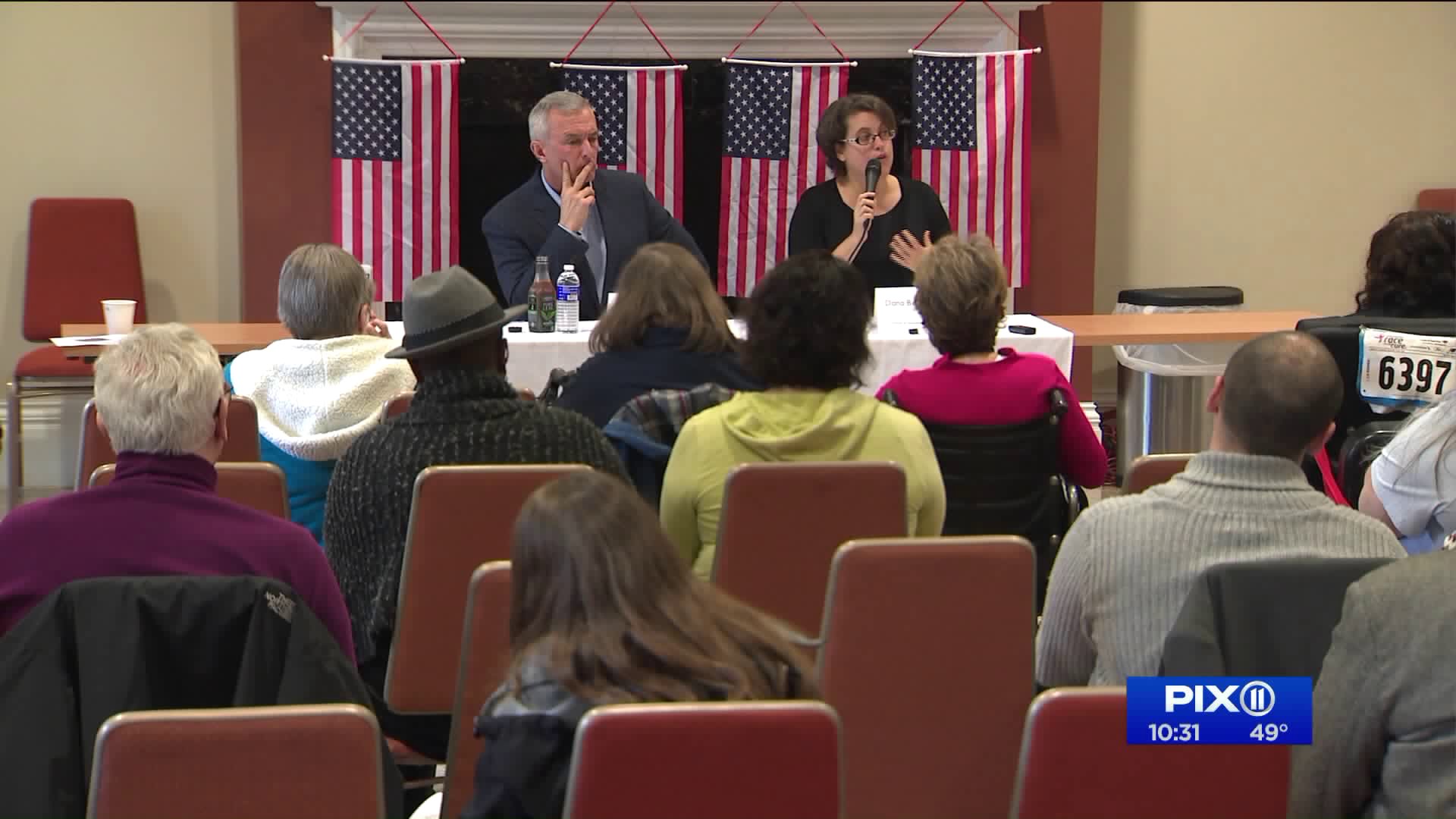 The 24th Congressional district has been a swing district for the past few elections. However, most importantly, the current congressman is a Republican in a district that voted for Hillary Clinton 2016. Two term Republican Congressman John Katko is facing political newcomer Dana Balter.

SYRACUSE, NY —The 24th Congressional district has been a swing district for the past few elections. However, most importantly, the current congressman is a Republican in a district that voted for Hillary Clinton 2016.

Two term Republican Congressman John Katko seems accurately aware of how the district voted in 2016, which is why he’s prone to comments like: “I put my money where my mouth is, and went against my party,” when he’s asked about controversial pieces of Republican legislation.

“I’m an independent, bipartisan candidate,” Katko said to PIX11. “That’s exactly what I said I was going to do when I went to Congress, and what I ran on years ago.”

Balter spent most of her life focused on special education and advocating for those who need a little extra help— inspired by her younger brother who has cognitive disabilities.

“It taught me about making sure every single person in our country has dignity and access,” Balter said.

Then Donald Trump was elected President.

“The reason I wanted to run now was because what is happening to this country under Donald Trump is not OK,” Balter said. “All of these backwards policies that threaten our first amendment, our judicial policy, we need someone who’s going to stand up and fight against that.”

Balter has pressed Katko particularly on issues where he’s stood in lock-step with the administration— including the Republican Tax Bill.

“I think people are very concerned about what’s happening at the national level both coming out of the Trump administration and the GOP Congress,” Balter said. “But they care because of how it is impacted people on the local level.”

Katko has continued to push right back on the notion he’s just a gear in the Republican machine.

“Listen I’m used to the fights,” he said. “I’m ready for the brawl and and I run on my record. If that’s not good enough, I understand, but I’m pretty sure my constituents understand that I’ve done an awful lot for them.”