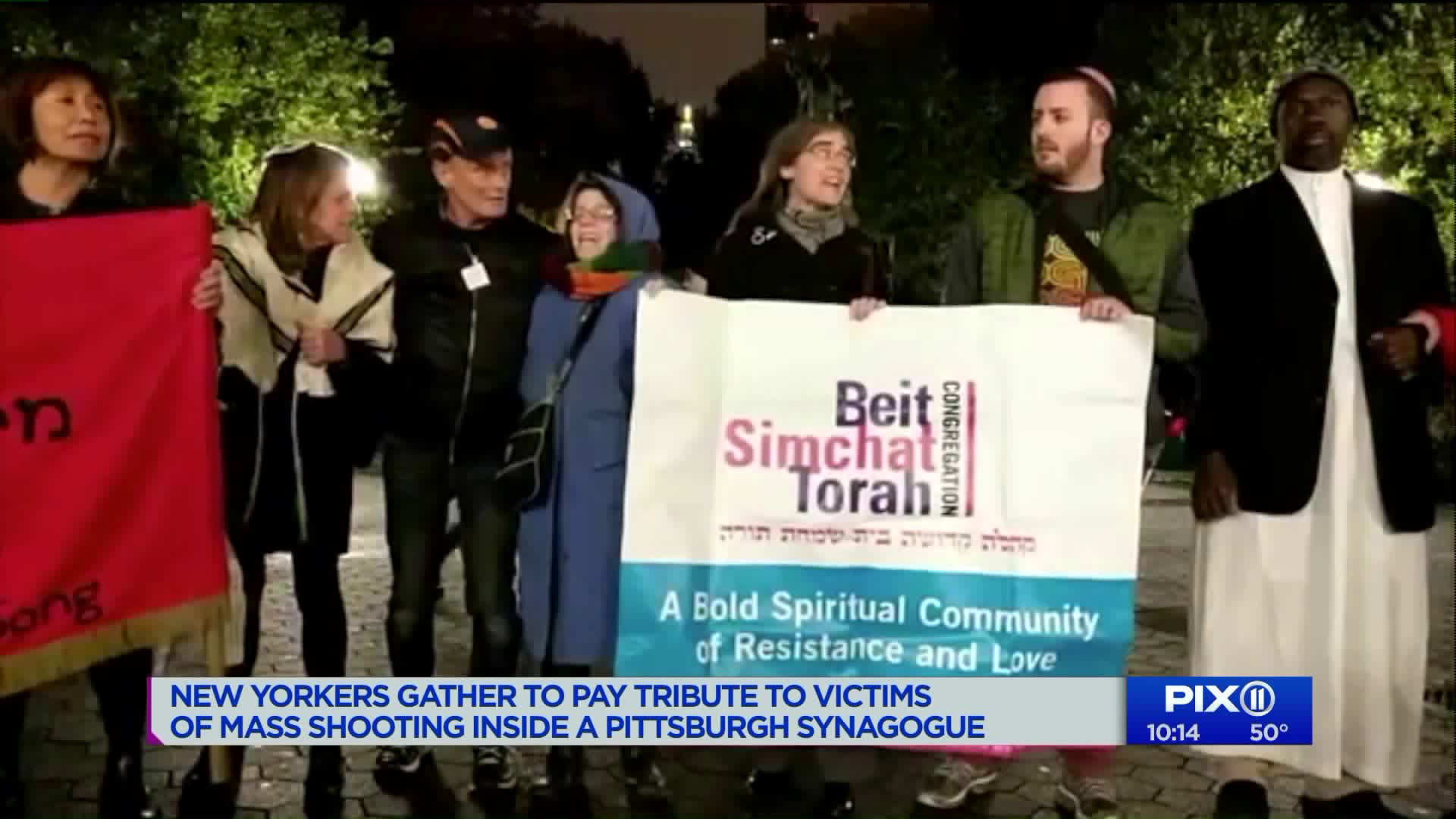 Jews and allies gathered at a Union Square vigil for the 11 victims killed inside a Pittsburgh synagogue on Saturday. 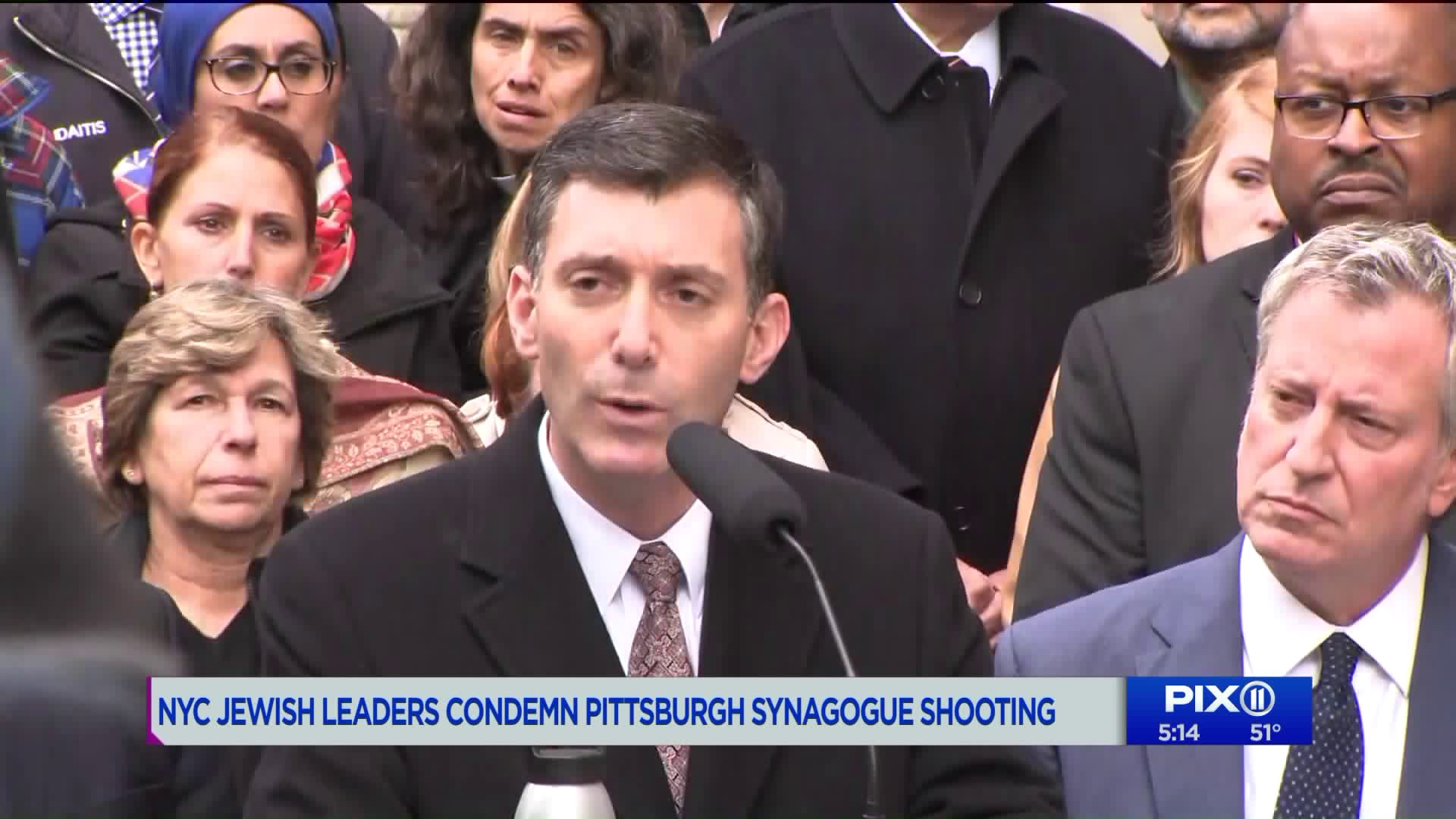 PITTSBURGH — Authorities have released the names of the 11 people killed by a gunman during worship services in a Pittsburgh synagogue.

Officials said at a news conference Sunday that the victims ranged in age from 54 to 97 and included brothers and a husband and wife.

The 11 people killed in the synagogue shooting in Pittsburgh included a married couple, Bernice and Sylvan Simon, ages 84 and 86; and two brothers, Cecil and David Rosenthal, ages 59 and 54.

The Allegheny County medical examiners' office released the victims' names Sunday. David Rosenthal was the youngest at 54. The eldest was 97-year-old Rose Mallinger.

Fellow members of the New Light Congregation say Wax was a pillar of the congregation, filling many roles there. Friend Myron Snider says Wax was a retired accountant who was unfailingly generous.

Authorities say gunman Robert Bowers made statements about genocide and killing Jewish people. Bowers is being treated for gunshot wounds and is due in court Monday.

Bowers has been arrested and is being treated for gunshot wounds at a hospital.

The U.S. attorney's office has charged Bowers with 29 federal counts. Bowers is scheduled to make his first court appearance Monday. State authorities have also leveled charges, including 11 counts of criminal homicide, six counts of aggravated assault and 13 counts of ethnic intimidation in what the leader of the Anti-Defamation League called the deadliest attack on Jews in U.S. history.