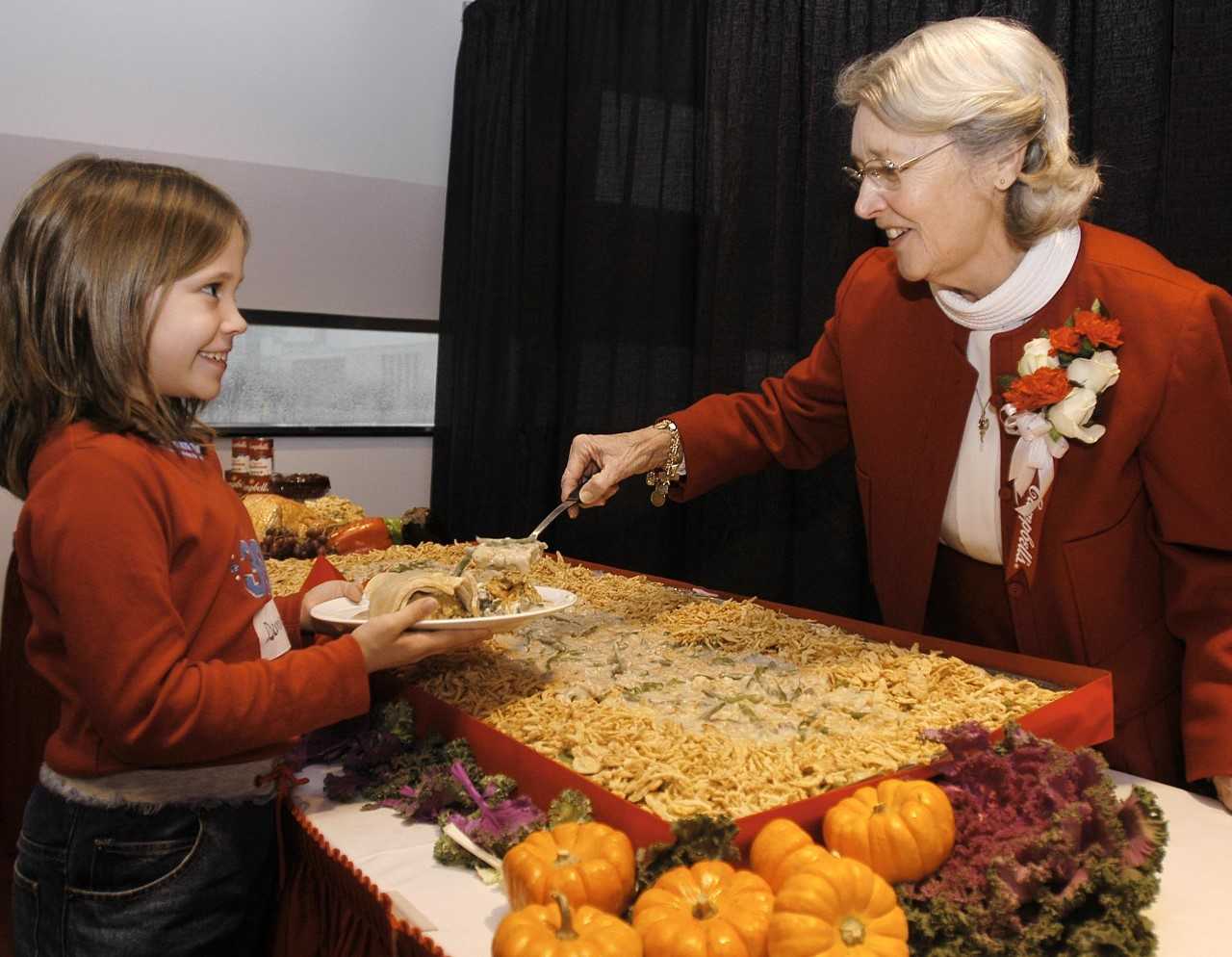 The creator of the green bean casserole, a dish that over 20 million American households enjoy each Thanksgiving, has died. 92-year-old Dorcas Reilly died earlier this month in New Jersey.

HADDONFIELD, N.J. — The woman who created a Thanksgiving staple enjoyed by millions — the green bean casserole — has died at age 92.

Campbell Soup officials said the New Jersey resident was the driving force behind the popular dish, made with green beans and cream of mushroom soup and topped with crunchy fried onions. The company said it is the most popular recipe ever to come out of its corporate kitchen. The recipe's website got 2.7 million visits during last year's holidays, the company said.

The original recipe card was donated to the National Inventors Hall of Fame in 2002.

"Dorcas was an incredible woman, whose legacy will live on for years to come. She will be missed by her Campbell colleagues and all those who were impacted by her creativity and generous spirit," the company said in a statement.

Reilly was a Campbell Soup kitchen supervisor in 1955 when she combined the ingredients of the now-legendary green bean casserole for an Associated Press feature.

In a 2005 AP interview marking the recipe's 50th anniversary, Reilly said she didn't remember having a hand in it because the dish was among hundreds that were created during her time at Campbell's. She also helped create a tomato soup meatloaf, a tuna noodle casserole and Sloppy Joe-like "souperburgers."

The recipe is still a fixture on soup-can labels and television commercials. And Reilly said she always kept the ingredients for the casserole on hand in her home — just in case someone asked her to whip one up.

Reilly also noted whenever the company held recipe contests, she would typically see "homemade" variations of the soup-can recipe for the casserole.

"It would be Aunt Suzy's or Grandma's," she said.

Campbell's officials have said consumers often tell them practically anyone — even novices or bad cooks — can make a green bean casserole because it's so easy to prepare.

Reilly worked for Campbell's on and off between the late 1940s and 1988, when she retired as manager of the Campbell's kitchen.

She is survived by her husband of 59 years, Thomas, and a son and daughter. A service will be held Saturday in Haddonfield.