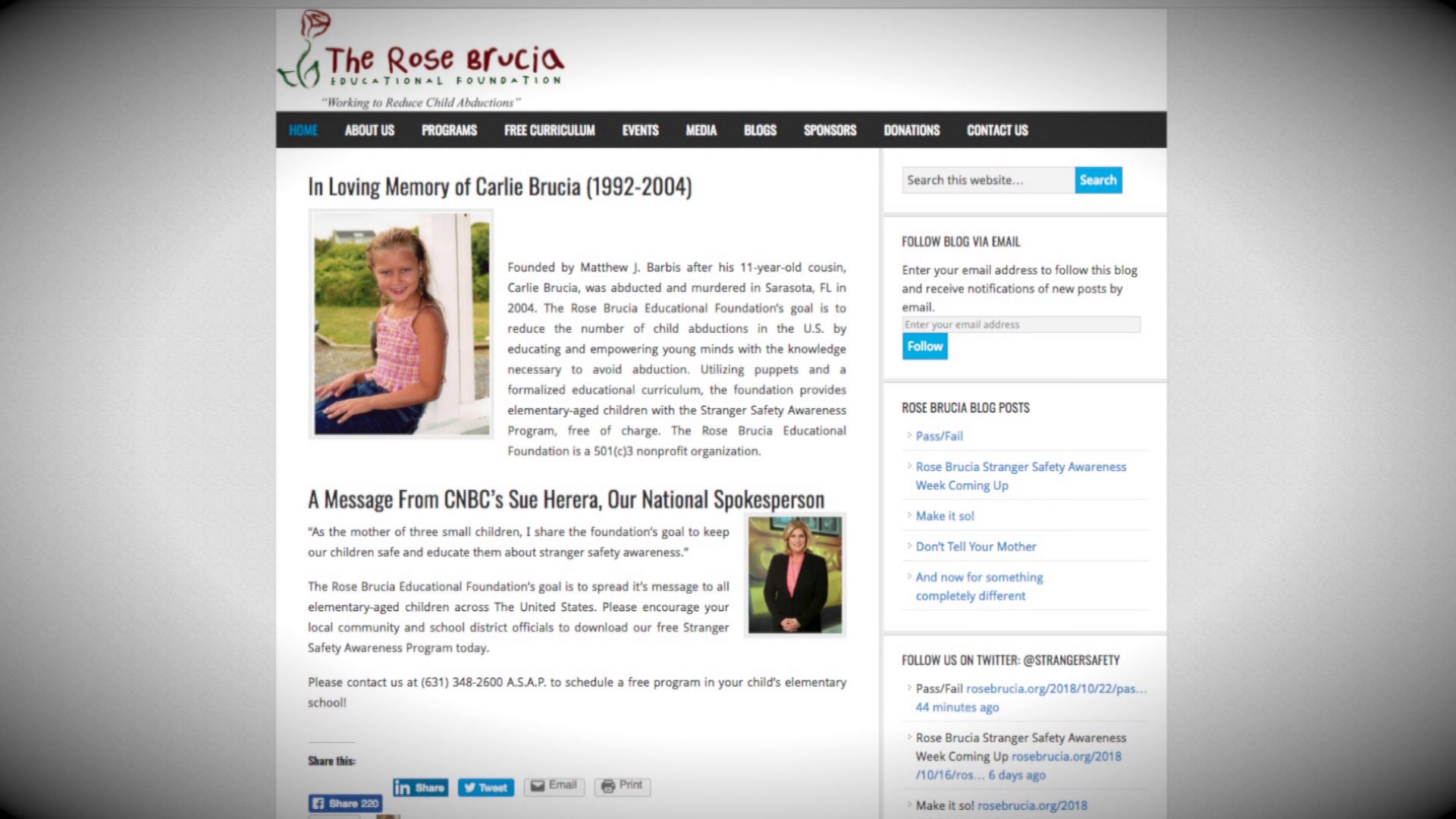 Holtsville, L.I.—They are our children.

And that’s just what a potential abductor hopes they will be.

But Matt Barbis is trying to change all that, by teaching kids how to protect themselves, with his stranger safety program called The Rose Brucia Educational Foundation.

"When you’re with your parents, you have your parents protection, guidance. It's when you’re alone that that becomes the issue," Barbis said.

The foundation is named after his grandmother, Rose.

But it was the untimely death of his cousin that made him start the nonprofit.

"In 2004, my cousin Carlie was walking home from a friend's house. She cut behind a car wash in Sarasota, Florida and was abducted and murdered. It was the first abduction caught on film. And when I watch the video, I felt that helplessness. And then I said I have to do something about that," Barbis said.

One of the biggest things he noticed on the video was how his cousin was walking with her head down, earbuds in her ears, with no idea she was walking right into the path of her abductor.

"This is stuff that I teach when I was teaching karate. Walk with your head up, don’t go anywhere alone, go with a friend," Barbis explained.

He says he started with a puppet show on stranger safety at his local elementary school.

From there, his program snowballed to schools across the U.S. and around the world.

Right now, it's in 92 countries and counting.

21,700 kids are abducted by a stranger each year, according to the Department of Justice.

And of the thousands of failed abductions, most of them fail because the child knew what to do.

Barbis says he met one student who says the stranger safety demonstration saved his life.

He says it's stories like that that keep him going.

"That's why I wanted to do something. So that another family would never have to go through what we went through," Barbis added.

To get the Rose Brucia Educational Foundation to come to your school, click here.