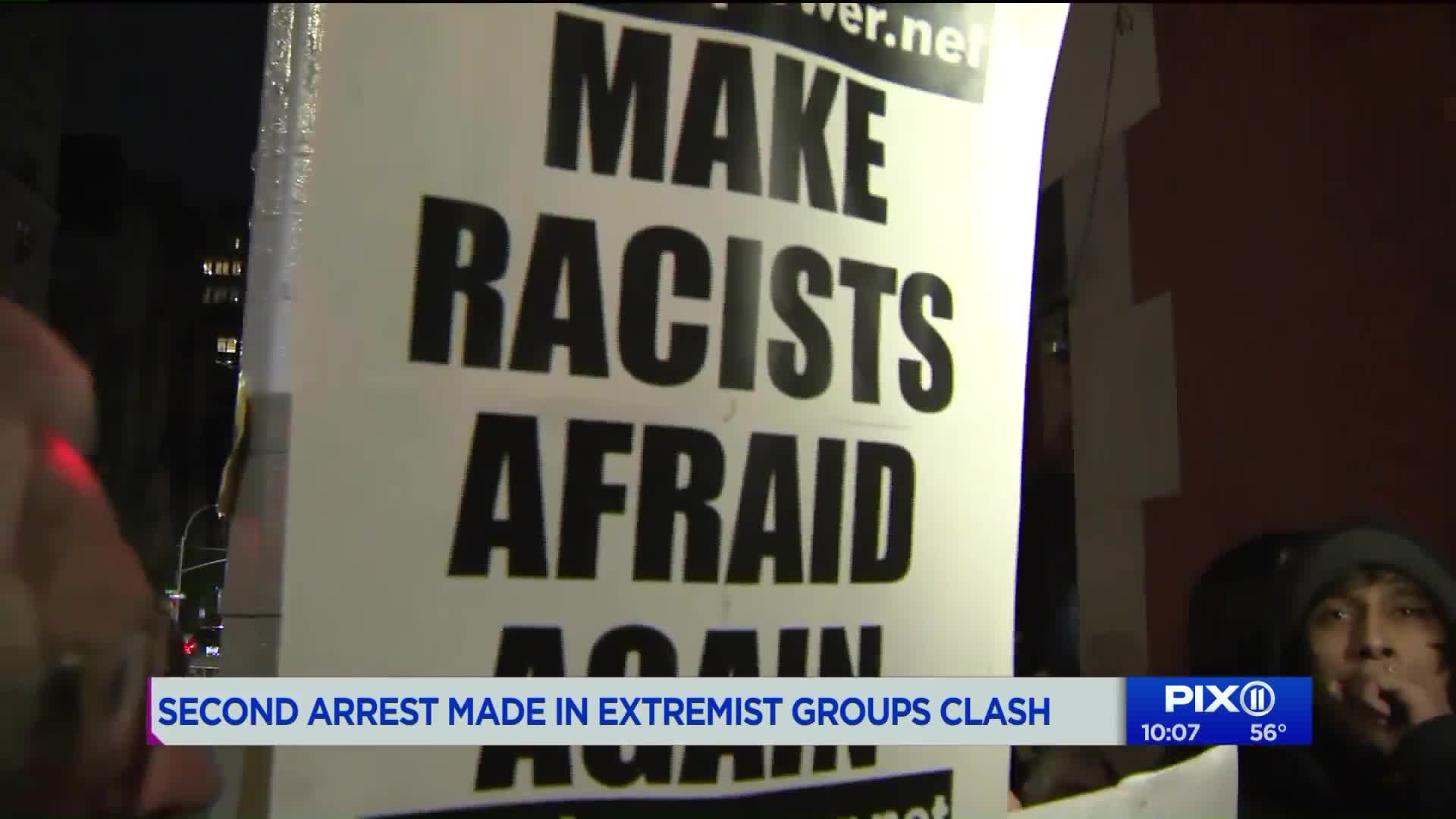 John Kinsman, 39, of Morristown, N.J. was arrested Friday. He's charged with attempted gang assault, attempted assault, riot and criminal possession of a weapon. The first member to be arrested was Geoffrey Young, 38, of New York, N.Y. He was charged Thursday with riot and attempted assault.

NEW YORK — Police have arrested three additional men after the so-called Proud Boys — a group of men who describe themselves as “western chauvinists,” but are characterized by others as a hate group — brawled with antifa protesters outside of the Metropolitan Republican Club on the Upper East Side, the NYPD said Monday.

It is not known if the men arrested were members of the Proud Boys or antifa.

Two men were previously arrested in the incident.

All five arrests came after a violent altercation involving members of the Proud Boys and a masked antifascist, or antifa, protest group that condones the rejection of nonviolence in promoting its message. It occurred Friday, Oct. 12 after alt-right figure Gavin McInnes spoke at the club.

The Proud Boys describe themselves as “western chauvinists,” but The Southern Poverty Law Center says it is a hate group.

Security video showed the factions kicking and punching each other on the sidewalk.

Some people who have seen surveillance video of the incident have suggested that it shows antifa protesters throwing a bottle at Proud Boy demonstrators.

But, no bottle was recovered at the scene, according to Chief Terence Monahan, who also said that everyone involved quickly dispersed.

Even though there were at least 48 officers dispatched to the area, according to Monahan, the people involved in the melee had spread out so quickly that it was "a very chaotic scene that they responded to with only three officers."

Those officers managed to arrest three protesters, all antifa members. Nobody from the Proud Boys was taken into custody then, even though video that was posted -- and later removed -- by one of their own members showed Proud Boys openly admitting to having committed crimes at the scene.