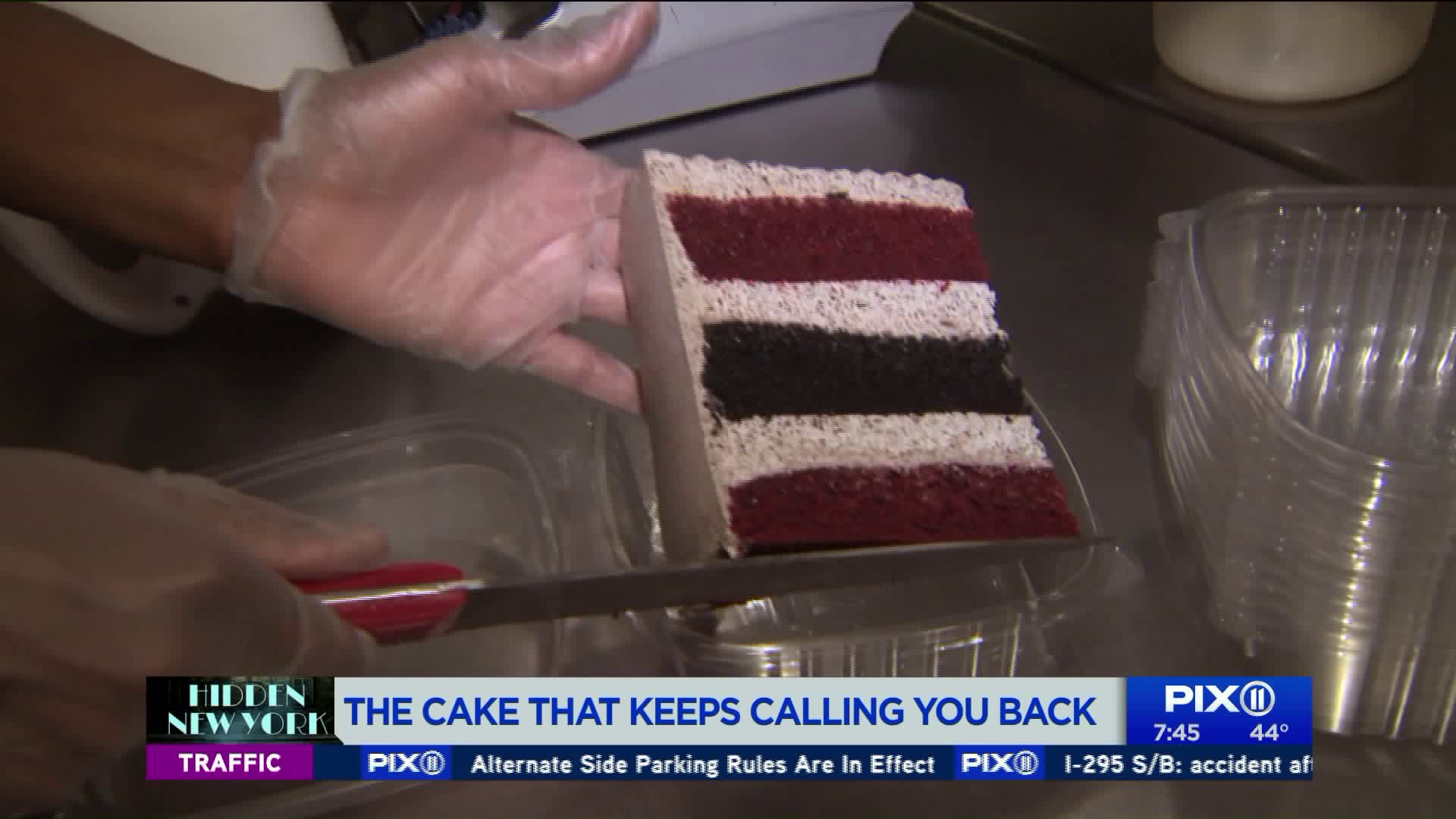 It`s the cake that keeps calling you, if only you can find it.

NEW YORK — It's the cake that keeps calling you, if only you can find it.

Tim, also known as “The Cake Pusher” rents a space in a commercial kitchen in the South Bronx.

That is where the magic happens from a guy who never went to culinary school.

"I just put a lot of time into it," says Tim Washington.

"I feel like the most important ingredient in any recipe is time."

Tim's business partner named him “The Cake Pusher” after watching him measure ingredients in a very unique way, on a scale.

He cuts sugar, flour and other ingredients by the gram scale instead of using measuring cups.

" You know how people measure cocaine on the gram scale, she said you are like a dealer, you are the cake pusher."

Tim says when you measure ingredients in a measuring cup, air can get in the way and it's not the same amount every time.

When Tim finishes the cakes in the Bronx, he then cuts them into slices, packages them and ships them off to two hidden locations in Manhattan.

So, inside 160 Broadway, an unsuspecting office building is Tim's lobby stand.

Walk down the hall, passed the elevators and you find the small stand selling slices of various flavors.

The other location on 34th street, where you have to enter a special code at the door, take an elevator to the fifth floor and walk to the entrance to their office, where you can once again buy cake slices.