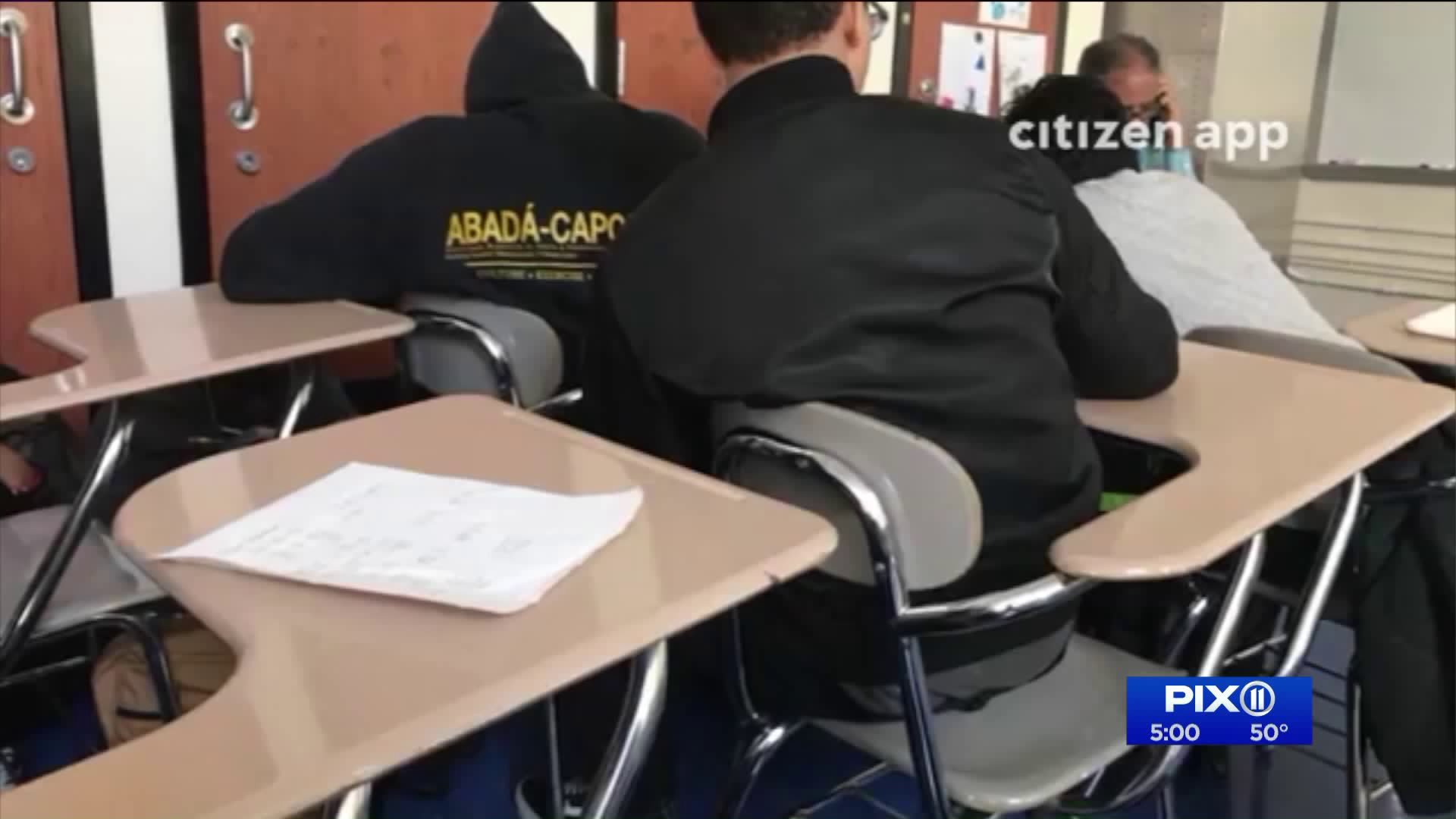 Police responded and the school was put on lockdown, meaning some students were evacuated while others were kept inside secured classrooms, sources said.

HARLEM, Manhattan — A student brought a fake gun to A. Philip Randolph Campus High School in Manhattan Thursday, prompting the campus and adjacent City College to temporarily lockdown, according to sources.

A female student allegedly saw a male student put a gun in his backpack at the campus, located at 443 W. 135th St., sources said.

The girl told a teacher, who then called 911.

Police responded and the school was put on lockdown, meaning some students were evacuated while others were kept inside secured classrooms, sources said.

The male student and gun were located, sources said, adding that the suspected weapon appears to be a fake toy gun.

During the ordeal, dozens of videos were posted to the Citizen app showing numerous students at the high school filming themselves locked in classrooms. Other students roamed the school's empty halls.

The school lockdown has since been lifted.

“Safety always comes first, and the NYPD swiftly and safely recovered an imitation weapon from A. Philip Randolph Campus High school, and the lockdown has been lifted. All students and staff are safe, and we will take appropriate follow up action,” the Department of Education stated.

A tweet from the City University of New York, and an earlier one from its Graduate Center, stated that there was a "possible high school student with a gun."

The City College's lockdown has also since been lifted.

.@CCNYPS advises there is no active shooter and no reports of injuries. Updates to follow https://t.co/BaOpRUwxCo