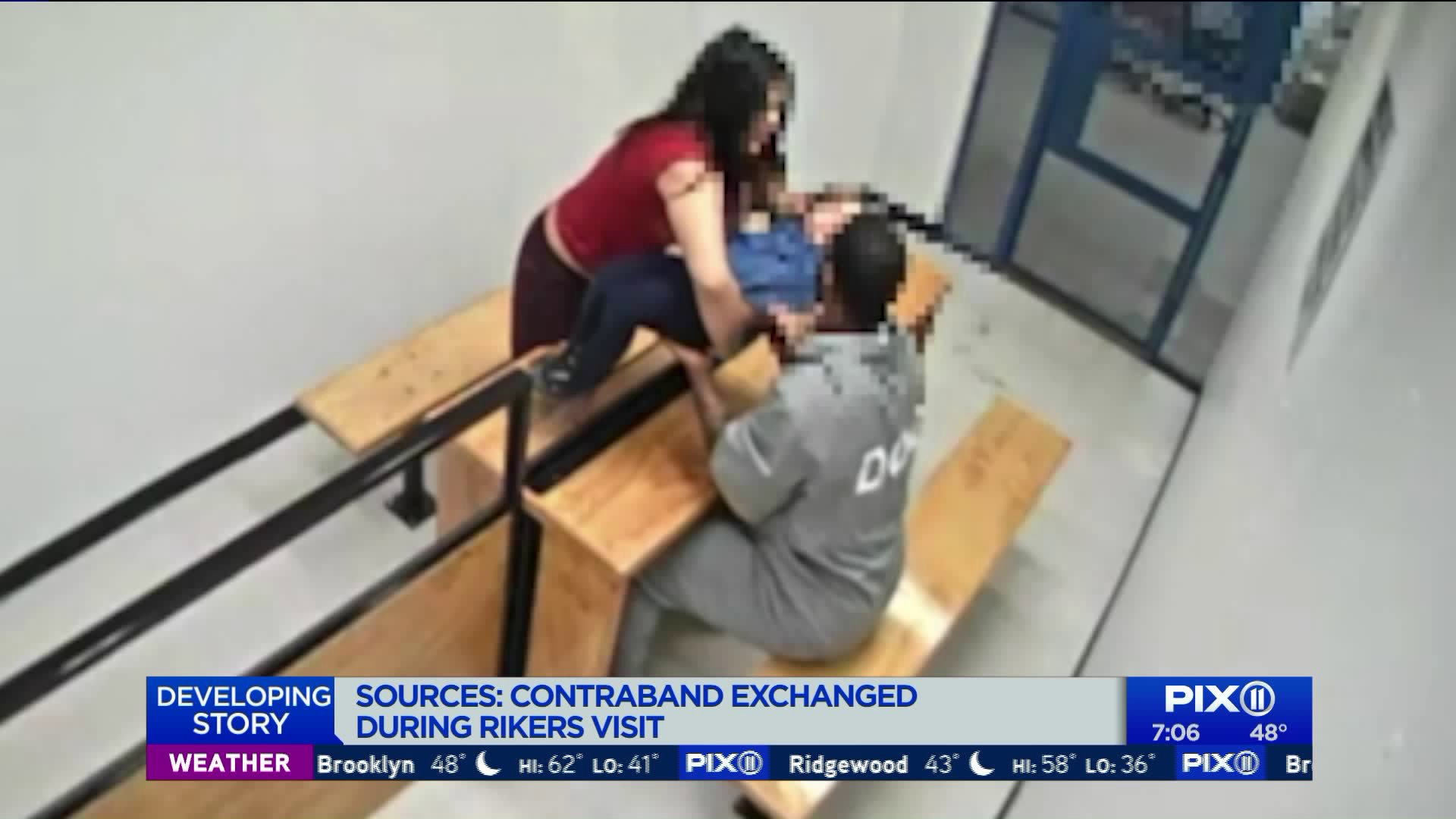 Surveillance footage obtained by PIX11 Wednesday shows a woman with a child on her lap visiting an inmate at the West Facility visiting area back in April.

After correction officers grew suspicious of the visit, they brought a dog to the visiting area to check on the inmate, but no contraband was immediately found, according to jail sources.

It is believed the inmate was able to put the contraband in his rectum, an area officers are not allowed to check.

“Over the last few years, we have been making great strides when it comes to stopping the flow of contraband into our jails," Department of Correction Press Secretary Jason Kersten said. "We have seen that what works best is a multilayered approach. Canine units, cameras, scanners, and of course human intelligence all create a web that is increasingly catching more contraband, and that is only good when it comes to safety."