LIRR, Metro-North should cost only as much as MetroCard swipe in NYC: comptroller 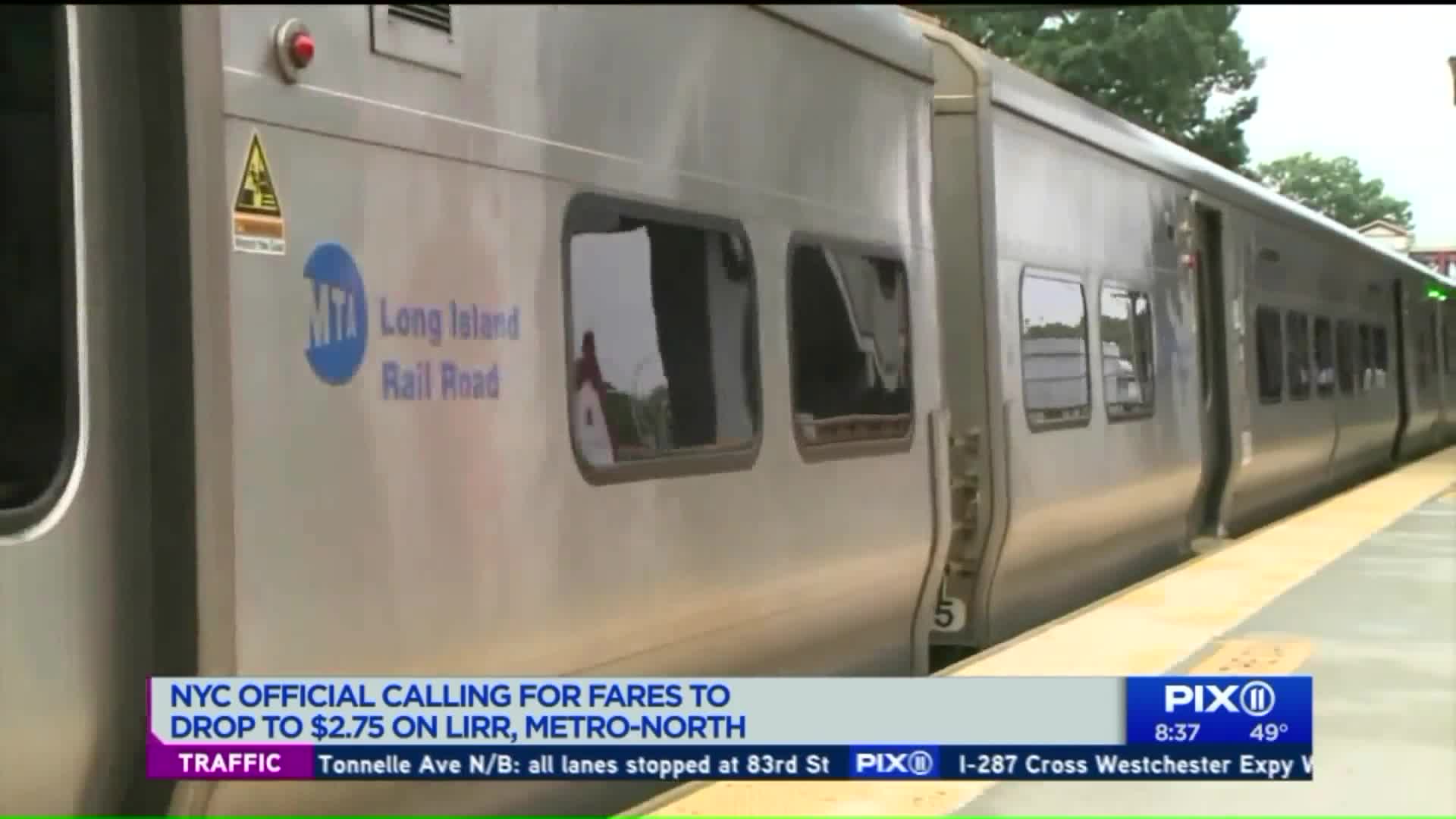 City Comptroller Scott Stringer is hoping to relieve busy trains and extending the reach of transit to residents across all boroughs by calling for the lowering of Long Island Railroad and Metro-North fares to match the price of a Metrocard.

NEW YORK – New York City Comptroller Scott Stringer called on the MTA to lower the fare for using the LIRR and Metro-North within the five boroughs to the cost of a MetroCard swipe —  $2.75  — and allow free transfers between rails, subways and buses.

The idea is part of his proposal to relieve overcrowding on subways and buses and cut the commute for many customers.

According to the proposal, commute times for customers would be cut in half, expanding mass transit in 31 neighborhoods in the Bronx, Queens and Brooklyn, offering another option to about 1.4 million residents.

The plan would improve job access, extend the reach of the transit system and relieve overcrowding on the subway at the fraction of the cost of new station and tunnel construction, Stringer said.

“New Yorkers shouldn’t be held hostage by the MTA to get home to their families, and they shouldn’t have to spend extra hours crammed on the subway and bus to make ends meet. Affordable Metro-North and LIRR service would give New Yorkers more time with their family and friends, cut congestion on our streets and in our subways, and expand economic accessibility for hundreds of thousands of people. The MTA should stand clear of the doors, not hold service from the straphangers who need it most.”

Andrew Albert, chairman of the NYC Transit Riders Council said, it was "always our idea to get city riders on commuter rails" as it would lessen the long commute to and from work for many.

Albert and the NYC Transit Riders Council says the change in fares could "get people out of their cars" and lessen the amount of vehicles on the road.

According to studies, about 84 percent of the city’s net employment growth and 73 percent of its residential growth came from residents in the Bronx, Queens and Brooklyn between 2000 to 2017.

Stringer argues that large fares have limited the use of commuter rail stations, leaving trains with a significant amount of space and that trains skip over city stations nearly 80 percent of the time during the morning rush, leading commuters to spend hours longer on buses and subways to get around.

The proposal would cost an estimated $50 million per year, which Stringer noted is a fraction of the $7 billion it cost to open four new stations along Second Avenue and Hudson Yards.