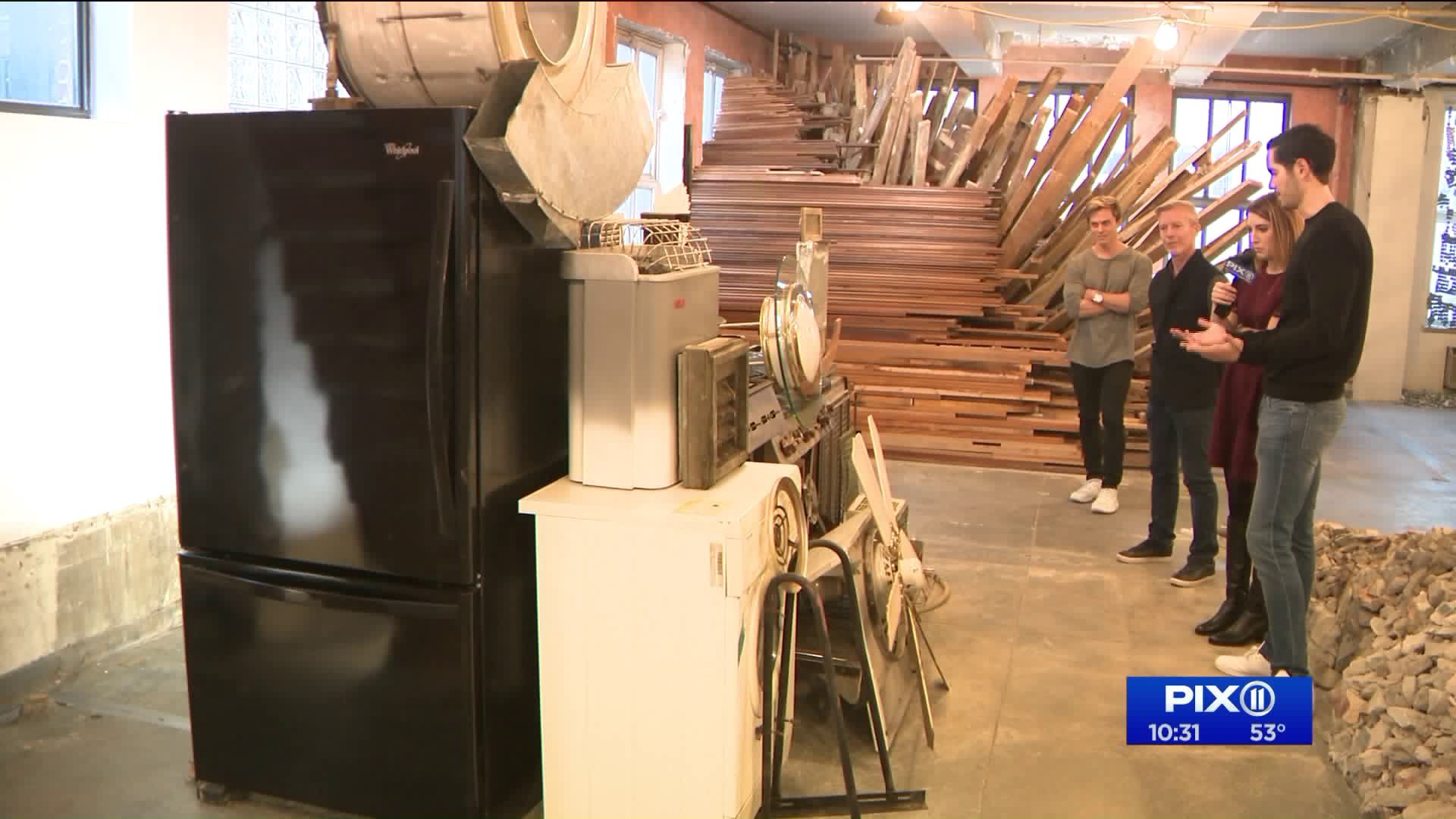 The Demo-Demo exhibit is completely sold out through Open House New York, but space is still available by emailing demo-demo@wacadesign.com.

This weekend's Open House New York offers a peak into some of the most exclusive architecture in the city, allowing people to tour more than 250 buildings and apartments.

Among the offerings this year, is 'Demo-Demo,' a pop-up exhibit inside a gutted Midtown loft in the Garment District. It's the brainchild of Walter Cain and his team at Waca Design.

Cain had demolished the dated apartment for a complete renovation.

"When we gutted it, we realized we were going to generate a ton of material -- in fact, 36 tons," said Cain.

Instead of tossing everything in a landfill, the team transformed the old pipes, boards, and hardware into artwork.

"As soon as we walked in after the demolition was complete and we saw what the contractors left behind, all the juices started flowing," said Paul Michael Graves, one of the designers and painters.

Everything in the exhibit will eventually be recycled or turned into new materials for the apartment's renovation. Cain showed us a new piece of tile, crafted out of the apartment's old tiles, which would otherwise have been tossed.

"It turns out that a quarter of the volume material in landfills from New York City is demolition material from renovations just like this," said Cain.

The exhibition took two months to complete. It was the ultimate experience in repurposing, with the goal of spreading a message that construction can and should be sustainable.

"It's not just reusing something for it's intended purpose, but to repurpose something into something completely unimaginable," said Graves.

The Demo-Demo exhibit is completely sold out through Open House New York, but space is still available by emailing demo-demo@wacadesign.com.