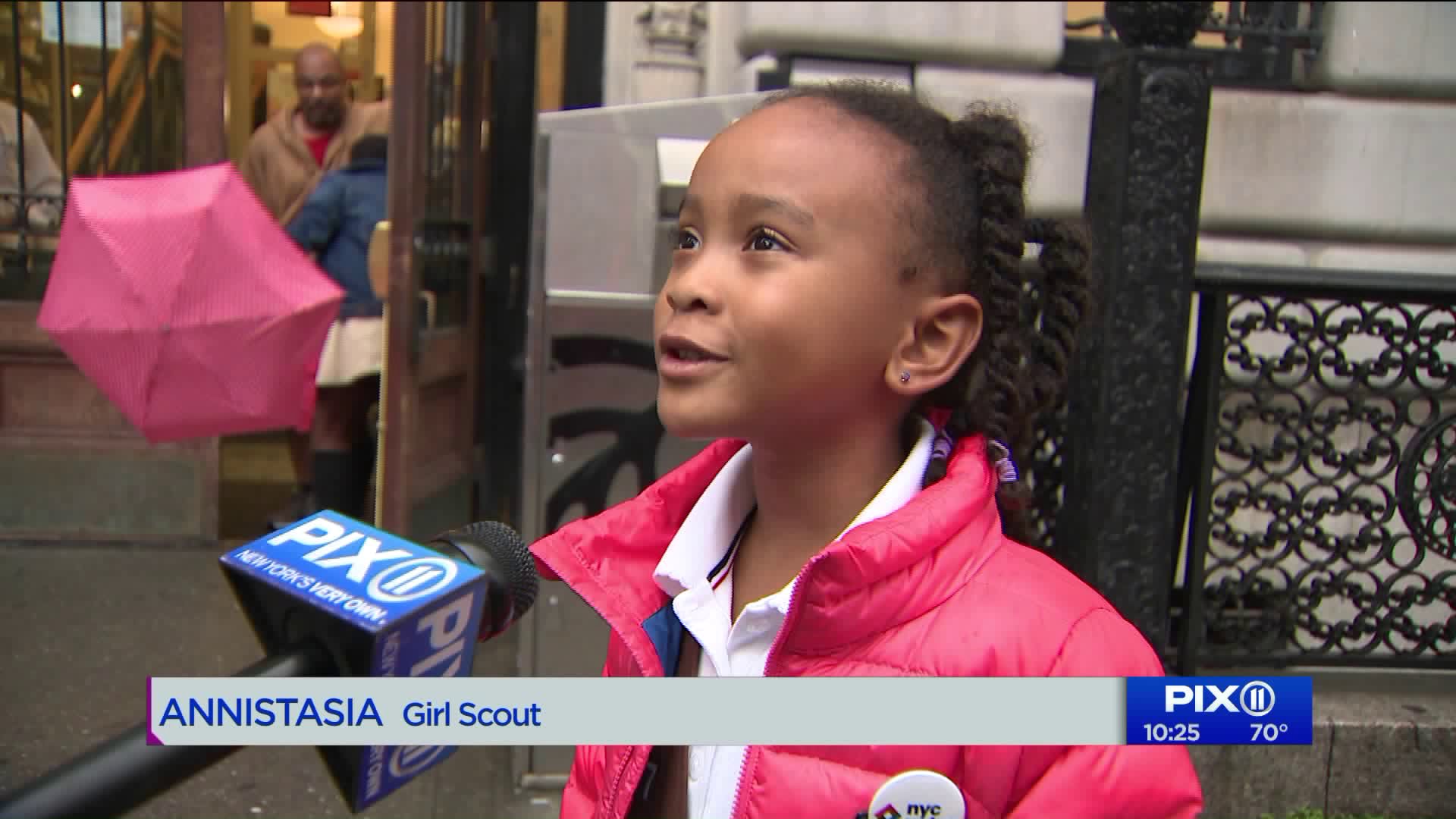 They`re not old enough to voe yet themselves, but they understand the importance. The deadline to register for people who want to vote in the November midterms is Friday.

NEW YORK -- They're too young to vote themselves, but Girl Scouts from across the city spent Thursday evening making sure New Yorkers are registered to vote.

The deadline for registering to vote in New York is October 12.

"We're getting people to register to vote in November," said Annistasia, a third-grade Girl Scout from the Bronx.

The girls asked people passing by if they were registered to vote. Anyone who was not registered was given the option to fill out paperwork on the spot, which would then be taken to the Board of Elections. Those who were already registered were offered a postcard with a QR code and website, instructing voters how to check their polling place.

"As a Girl Scout, we're taught you have to be involved in your community and you have to know what's going on," said 16-year-old Mikayla.

"If you are 18 and up, I would say go ahead and vote because you need to more engaged in your country," said 10-year-old Brielle.

Girl Scouts of Greater New York CEO Meredith Maskara said troops have made efforts in years past to register voters, but that this was the first year there was a concerted, coordinated effort among troops.

"This is the youth voices saying, register, vote for me, vote for my future," said Maskara.

The scouts' efforts also coincided with International Day of the Girl, which is recognized on October 11.