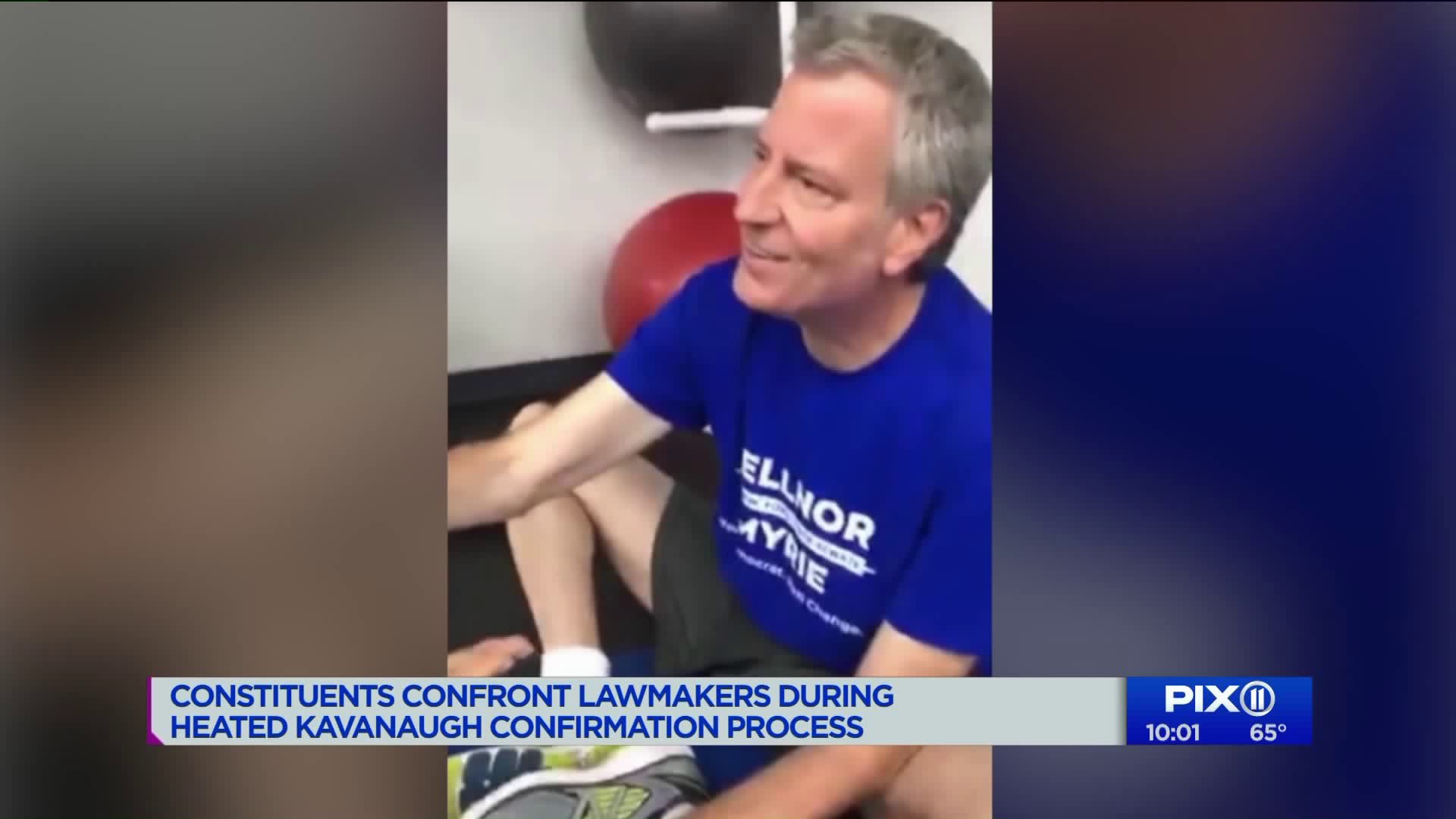 Constituents have been confronting lawmakers since Flake was confronted amid Kavanaugh hearings.

BROOKLYN -- In the new era of confrontation during protesting, not even Mayor de Blasio is immune.

The Mayor was in the middle of a morning workout this week at his gym in Park Slope when a homeless advocate decided to start heckling him.

De Blasio quickly got up and walked away but the women followed. Then the Mayor's security detail his security had to get involved.

It's a trend we've seen play out all over the country after Arizona Senator Jeff Flake was confronted in an elevator leaving the Kavanaugh hearings last week. The woman swayed Sen. Flakes decision to vote for an FBI investigation.

Since then, Utah’s Senator Orrin Hatch was confronted in an elevator Georgia Senator David Perdue was stopped at the airport. He ducked into the bathroom to get away from at least three aggressive women. Tennessee Senator Bob Corker, Sen. Ted Cruz and some Democratic Senators were also confronted.

Although these meetings may seem spontaneous, they are in fact the result of a year of mobilization and training by the CPD and other organizations who have determined that this , in-your-face approach is one of the most effective ways right now to get their message across.