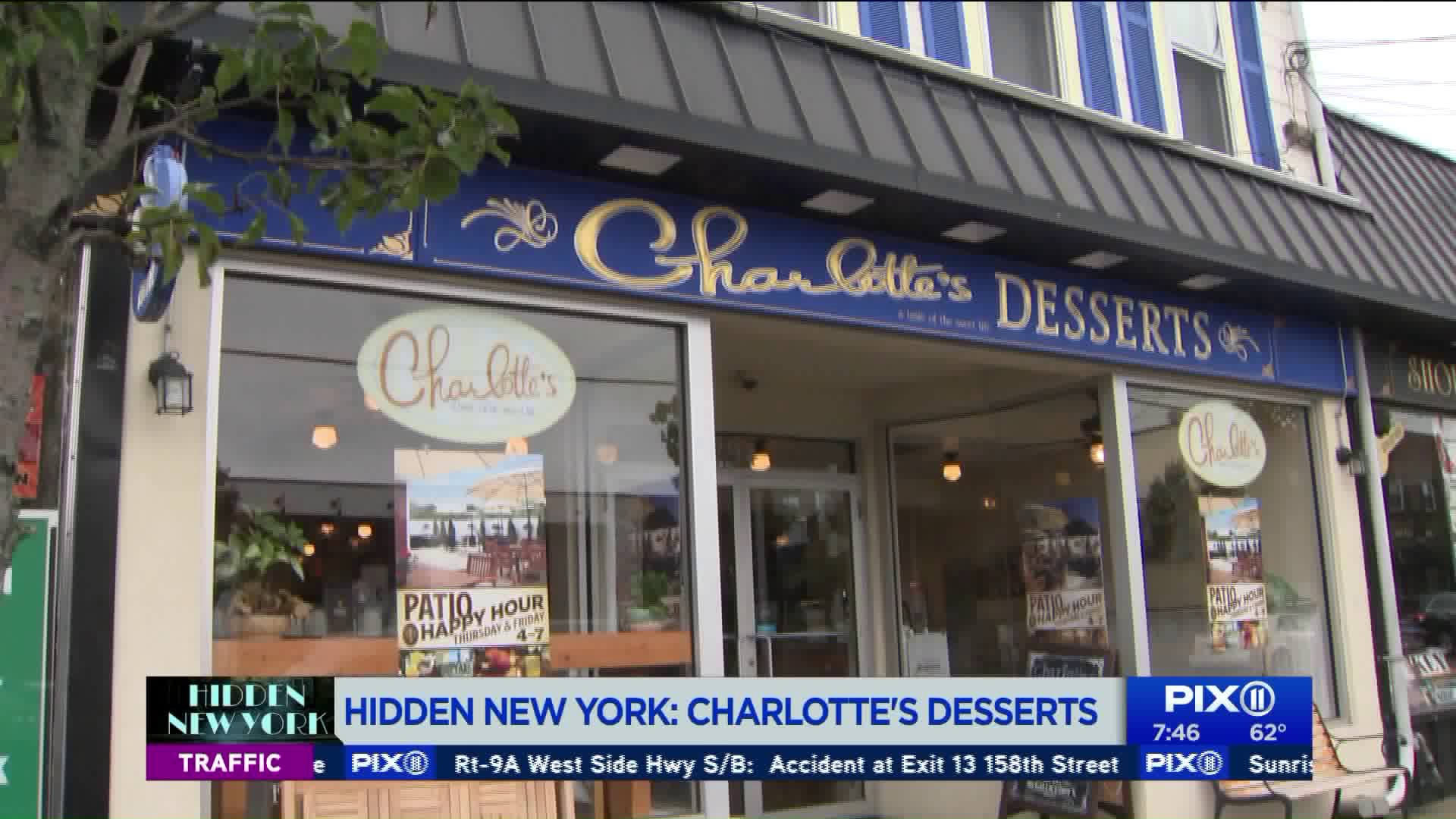 Every town has their quaint little main street. In Farmingdale, Long Island, sweet tooth lovers can rejoice when they find Charlotte`s Desserts. Charlotte`s is open all year round, specializing in ice cream, frozen yogurt, old school candy and so much more.

FARMINGDALE, N.Y. — Every town has their quaint little main street.

Charlotte's is open all year round, specializing in ice cream, frozen yogurt, old school candy and so much more.

It's a place where country meets Long Island.

"We thought it would mirror and enhance the neighborhood a little bit."

When Nick purchased the building a few years back with his brother, they had all intentions of opening just an ice cream shop.

They knew it had a basement, but it wasn't until the town's mayor came in and asked them how they liked having a speakeasy that they started to do their research.

That's when they discovered their storage basement was a legitimate speakeasy used back in the Prohibition era when the same ice cream shop was a clothing store.

During that time, there was no stairwell from the clothing store to the basement; you had to go around back to the storm cellar doors to gain access to the bar.

"It was a smart way of hiding it from the cops or noisy people who you didn't want," says Nick.

If you are walking in a backyard in Farmingdale in the 1920s and you see some cellar doors, you aren't going to open them unless you know.

So, Nick and his brother built a staircase and created a hidden bar with it's own secret entrance in the ice cream shop.

"Kids come and pull on the books because they think that is going to open the door," says Nick.

"But it's actually Shakespeare that opens it up."

At night, there is a doorman outside the hidden entrance who requires that adults only give the password to gain access to the space below.

Down the stairs, you enter Charlotte's Speakeasy redesigned using some of the same old school tin that lined the walls in the 1920s.

They even keep the old school vibe with live music and swing dancing.

But, perhaps the best part of entering the speakeasy, which serves food and drinks, is the history lesson you get while you are down there.

Nick, takes you on an actual tour of the escape route used if the cops were to bust a party going on.

That route taking you through a series of underground rooms and out the door of a building next door.