3 infants among 5 stabbed at unlicensed birthing center in Queens: officials 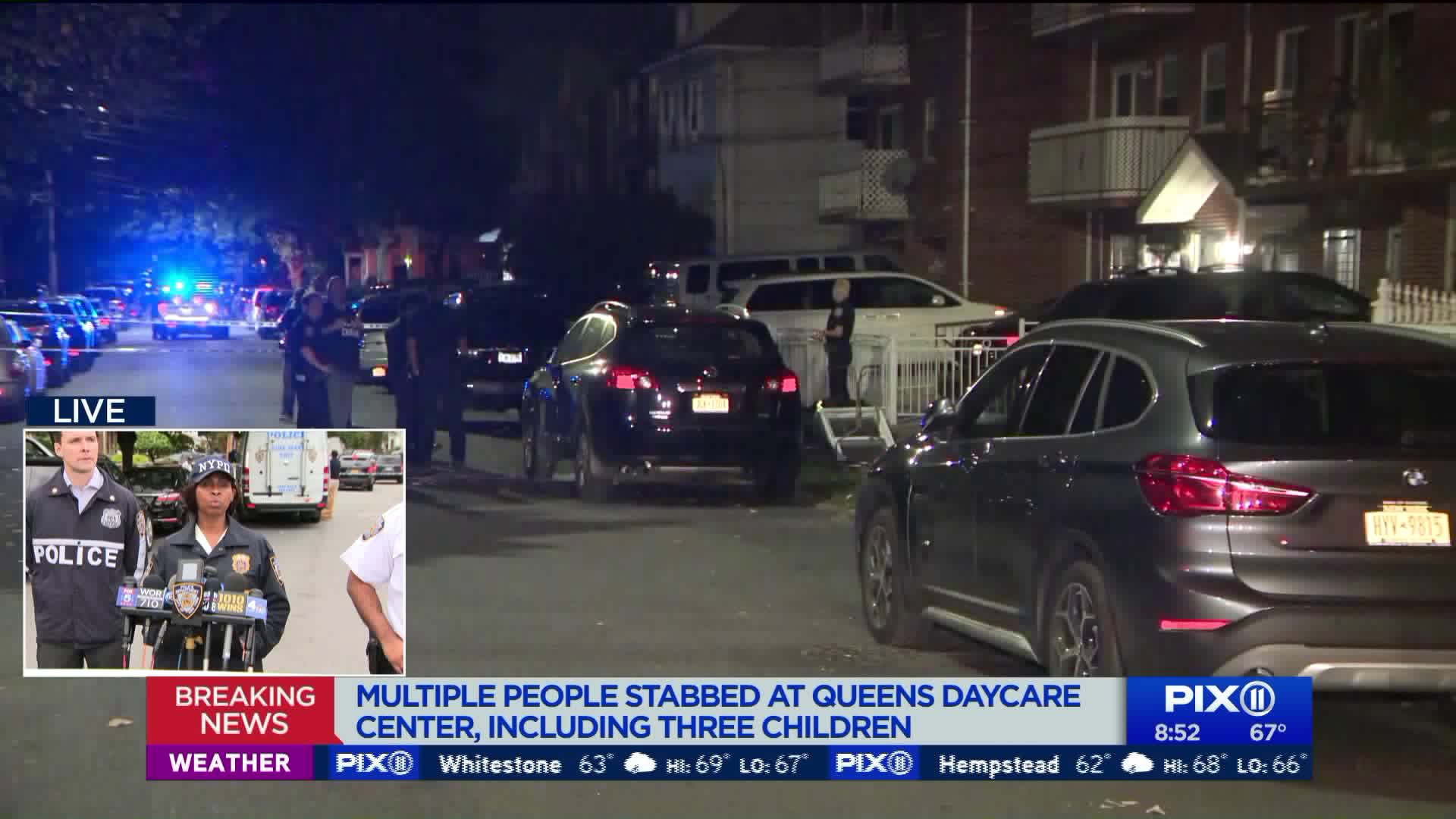 Authorities held a press briefing on the horrific stabbing at a Flushing day care involving three infants and two adults. 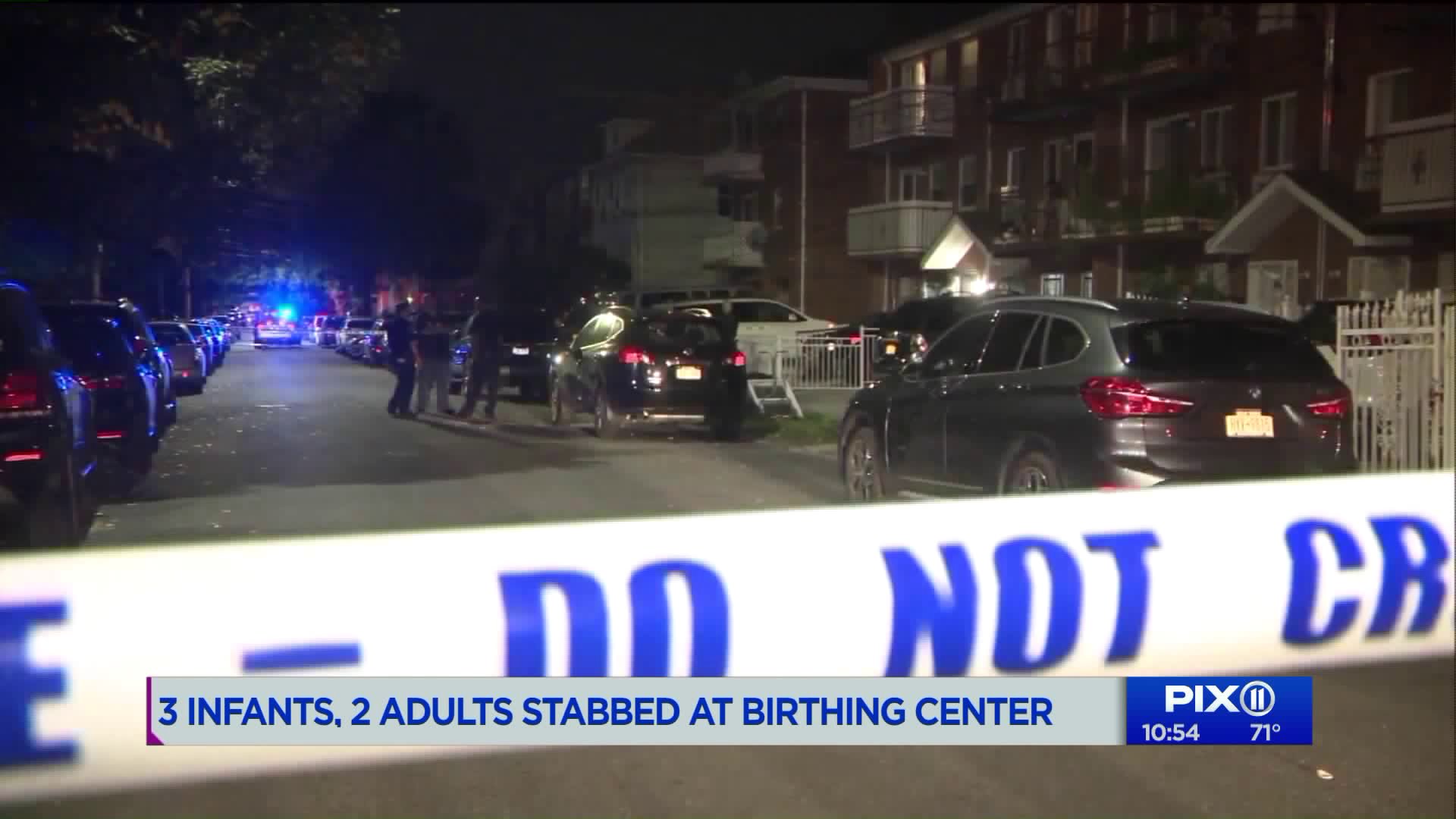 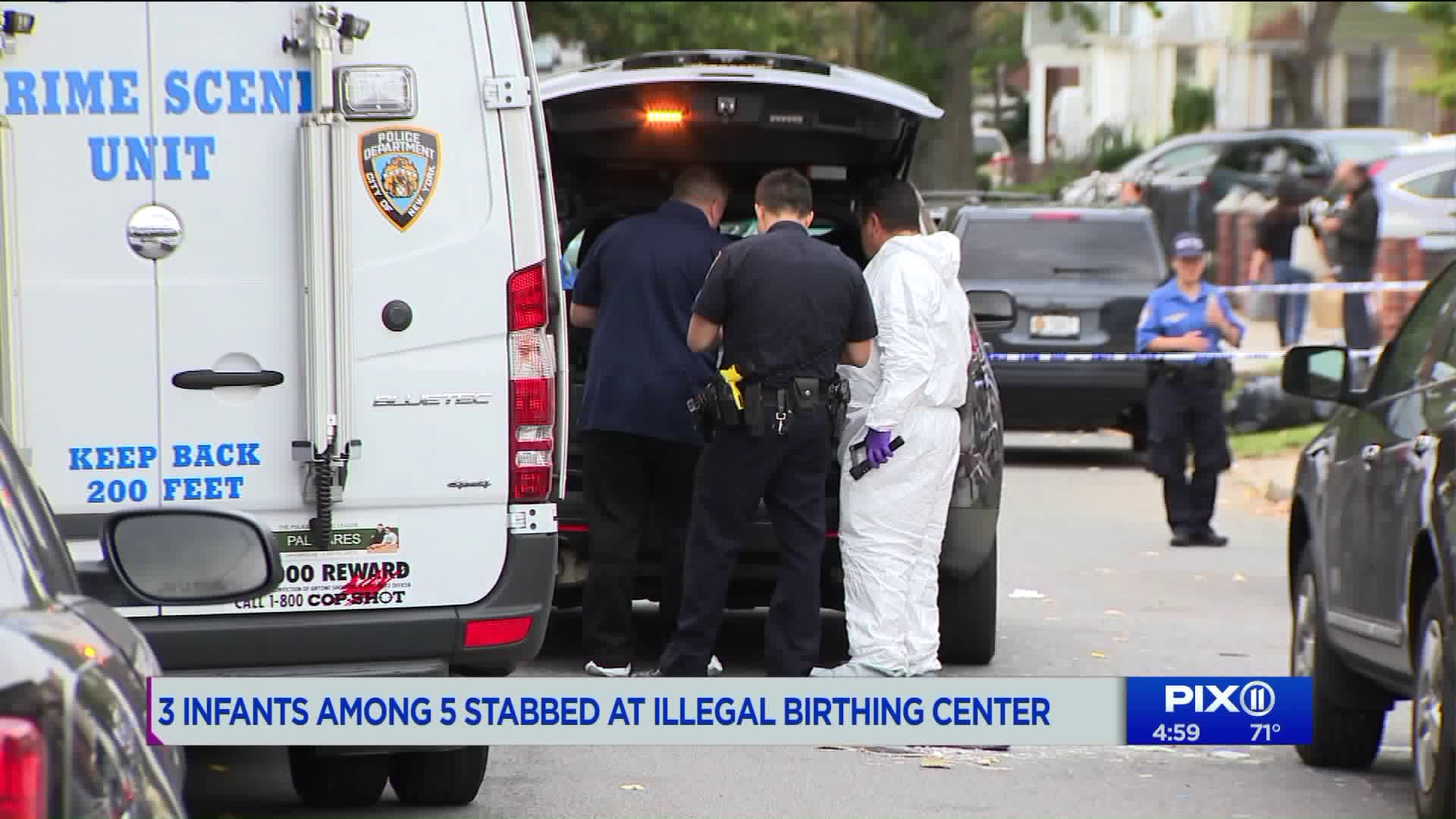 FLUSHING, Queens — Three infants, all one month or younger, were stabbed in an unlicensed birthing center in Queens early Friday, police said.

Authorities were called at about 3:40 a.m. to a residence believed to be serving as a birthing center — that was advertised as a day-care center, on 161st Street between 45th and 43rd avenues in Flushing.

According to police, adults upstairs heard screaming from below. They came downstairs and saw a 52-year-old woman stabbing three female infants with a butcher knife and a meat cleaver.

Police sources identified the woman as Yu Fen Wang. She worked at the facility, according to the Queens District Attorney's Office.

The 31-year-old father of one of the children tried to intervene and was stabbed in the leg, according to officials.

All victims were taken to the hospital. The three infants are listed in critical condition, police said.

It is not known what led to the attack.

According to authorities, there were nine children and their parents at the location during the time of the incident. Sources believe the 13-day-old and month-old infants were born at the facility.

Police arrived and discovered Wang in the basement kitchen floor unconscious.  She had caused a wound that appeared to be self inflicted on her wrist, and was taken into a custody for a psychiatric evaluation, authorities said.

Both the butcher knife and the meat cleaver were recovered by police.

Authorities give an update on the stabbing:

Clarification: Police initially gave different ages for the youngest two victims. The story has been updated with information provided by the Queens District Attorney's Office.