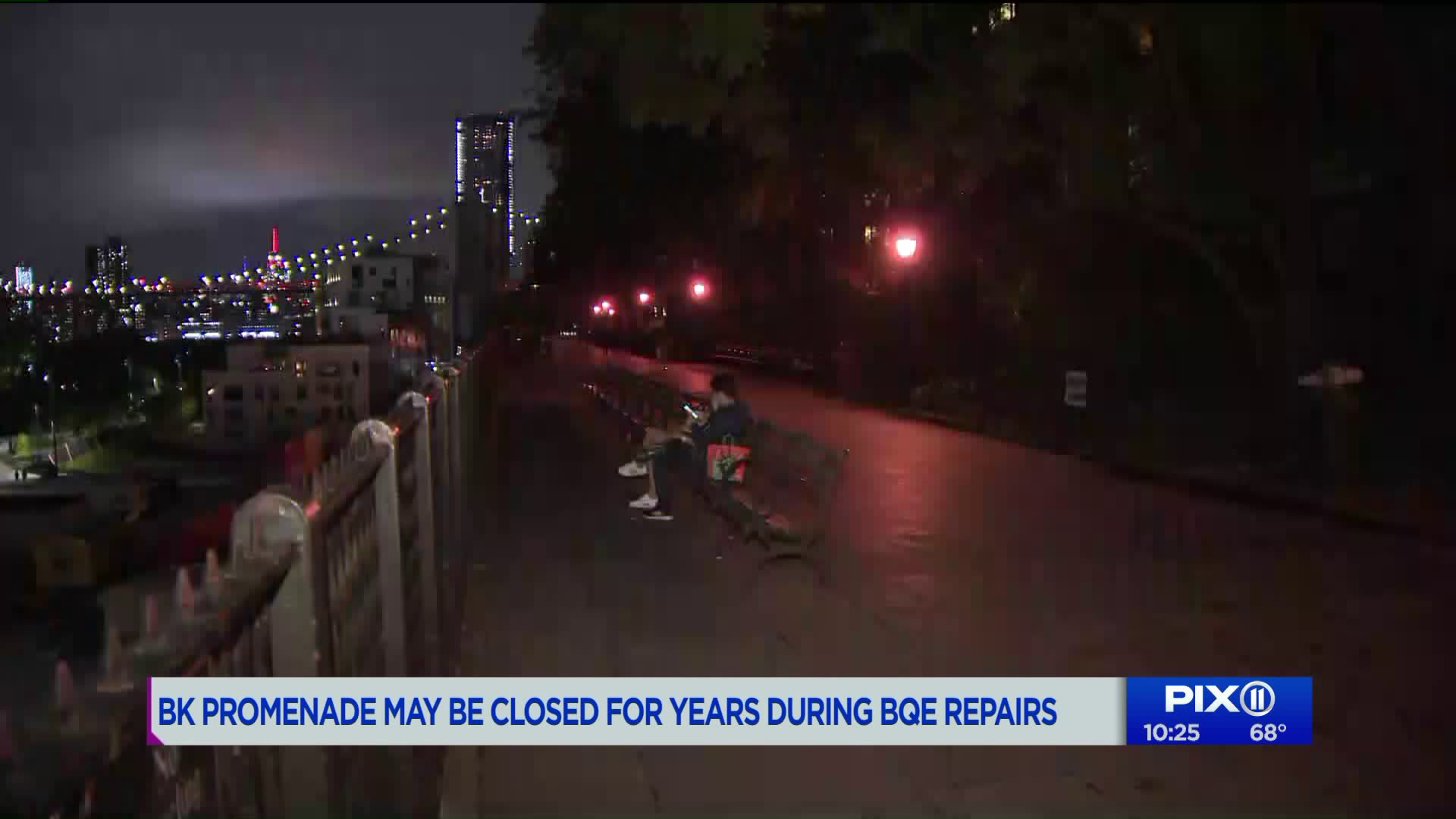 One scenario has crews removing the promenade and building a temporary roadway where it is now. 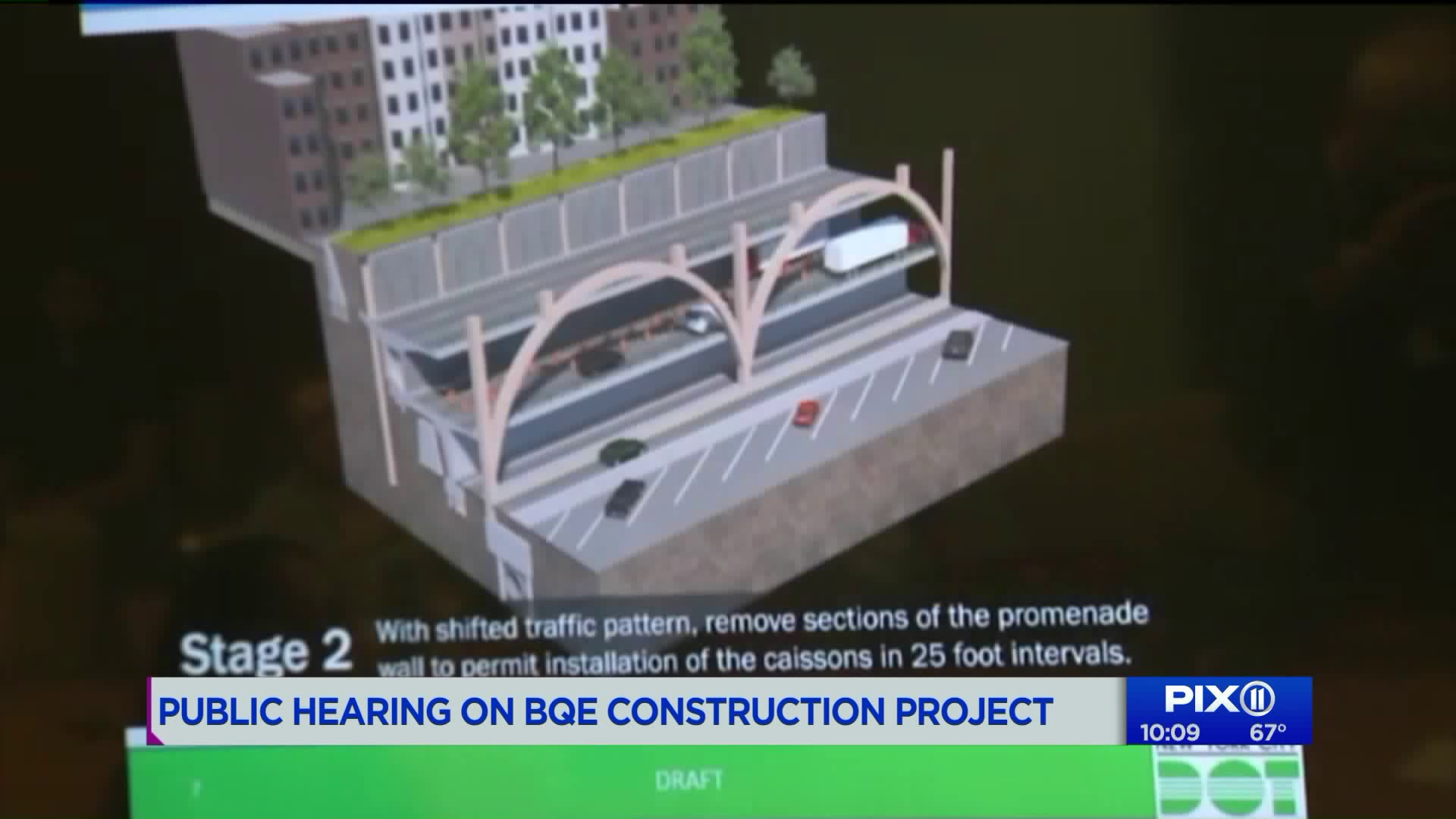 It's a project that includes traffic detours, noise, air quality, and construction staging.

Neighbors and commuters attended the first of many community question and answer sessions about the possible replacement forthe Brooklyn-Queens Expressway and Brooklyn Promenade.

The NYC Department of Transportation moved Thursday's forum in Downtown Brooklyn to a larger auditorium. Crowds filled the facility to see the presentation and talk to officials.

Many neighbors asked the city to look at building a temporary roadway closer to Furman Street and the Brooklyn Bridge Park. There was also a discussion about a pontoon bridge and tunnel.

It says that "many routes were impossible due to infrastructure including subways & water tunnels. Huge risks when building underneath some of the most historic neighborhoods in the city."

The project in the planning stage. The Brooklyn Promenade is part of the 70-year-old roadway structure.

The city will be holding these sessions to gather community ideas about this major project.

A new BQE has been discussed since 2006. The state has also reviewed a project.

NYC DOT Commissioner Polly Trottenberg offered a look inside the deteriorating portions of the triple-cantilevered section of the roadway.

About 153,000 vehicles travel along the BQE every day.

The official presentation says "if significant repairs and replacements are not made by 2026, vehicle-weight limits are truck diversions will be necessary."

The timeline estimates that construction could start in 2023. Initial estimates put the price tag at more than $1.5 billion.

It could take 5 to 8 years depending on the process. The goal is to keep 3 lanes of traffic open in each direction from Atlantic to Sands.

This year, the state authorized a design-build plan. That means the contractor will draw up and execute the work. The Environmental Impact Study (E.I.S) will have to first be completed.

The traditional approach, as described the engineers,  would have sections of the roadway worked on one at a time. That shifts lanes of traffic and areas for work.

Another possibility would remove the promenade and build a temporary roadway in its place. This would allow traffic to flow while work continues underneath.

“We are grateful that the State has provided NYCDOT the ability to use Design Build for one of the largest and most complex bridge rehabilitation projects we have ever undertaken,” said Commissioner Trottenberg.

Information from the city about the project is available here.